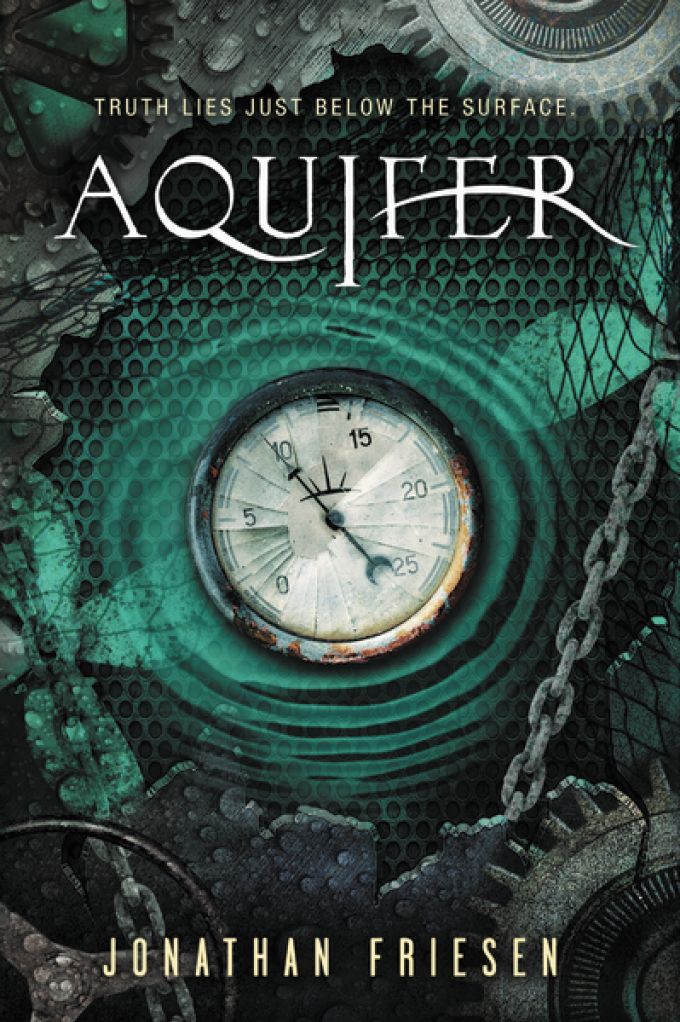 Only He Can Bring What They Need to Survive.

In the year 2250, water is scarce, and those who control it control everything. Sixteen-year-old Luca has struggled with this truth, and what it means, his entire life. As the son of the Deliverer, he will one day have to descend to the underground Aquifer each year and negotiate with the reportedly ratlike miners who harvest the world’s fresh water. But he has learned the true control rests with the Council aboveground, a group that has people following without hesitation, and which has forbidden all emotion and art in the name of keeping the peace. And this Council has broken his father’s spirit, while also forcing Luca to hide every feeling that rules his heart.

But when Luca’s father goes missing, everything shifts. Luca is forced underground, and discovers secrets, lies, and mysteries that cause him to reevaluate who he is and the world he serves. Together with his friends and a very alluring girl, Luca seeks to free his people and the Rats from the Council’s control. But Luca’s mission is not without struggle and loss, as his desire to uncover the truth could have greater consequences than he ever imagined.

Jonathan Friesen is an author, speaker, and youth writing coach from Mora, Minnesota. His first young adult novel, Jerk, California, received the ALA Schneider Award. When he’s not writing, speaking at schools, or teaching, Jonathan loves to travel and hang out with his wife and three kids.