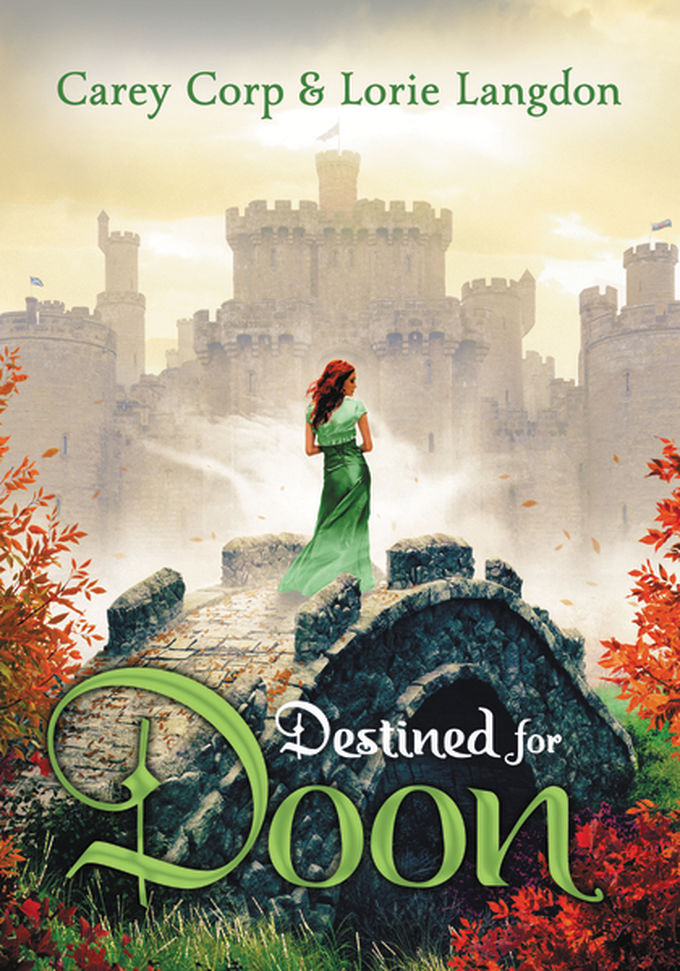 In this sequel to Doon, Mackenna Reid realizes she made a horrible mistake in choosing to follow her dreams of Broadway instead of staying in the enchanted land of Doon. To make everything worse, she's received her Calling—proof she and Duncan are each other's one true love—and it's pure torment, especially when visions of the very alluring Scottish prince appear right before she goes on stage. So when Duncan tells her an ancient curse threatens to overtake Doon and the new queen and Kenna’s best friend, Veronica, needs her to return, Kenna doesn't have to think twice. With darkness closing in on all sides, Kenna and Vee must battle a world of nightmares in order to protect the kingdom. But it will take the ultimate test of courage for Kenna to salvage her happily ever after.

Carey Corp lives in the metropolitan Midwest with her loveable yet out-of-control family. Carey wrote her first book at the age of seven, and currently begins each morning consuming copious amounts of coffee while weaving stories that capture her exhaustive imagination. She harbors a voracious passion (in no consistent order) for mohawks, Italy, musical theater, chocolate, and Jane Austen. Carey’s debut novel for teens, The Halo Chronicles: The Guardian, earned her national recognition as 2010 Golden Heart finalist for best young adult fiction and was recently featured at the 2012 RT Booklovers Convention in Chicago in YA Alley.

Lorie Langdon is an Amazon bestselling author of six YA novels, including the Doon series, Gilt Hollow, and Olivia Twist, which received a starred review from Booklist Magazine and is being sold in Target Stores across the nation. She is an international speaker who has been featured on media outlets such as USAToday.com, NPR Radio, EntertainmentWeekly.com, RedbookMagazine.com, Girl’s Life Magazine, and BroadwayWorld.com. Her first novel has been optioned for film by Dreamstreet and Lonetree Entertainment. She is a self-professed Wonder Woman Wannabe who lives in Ohio with her husband and two superhero-obsessed teenage sons.