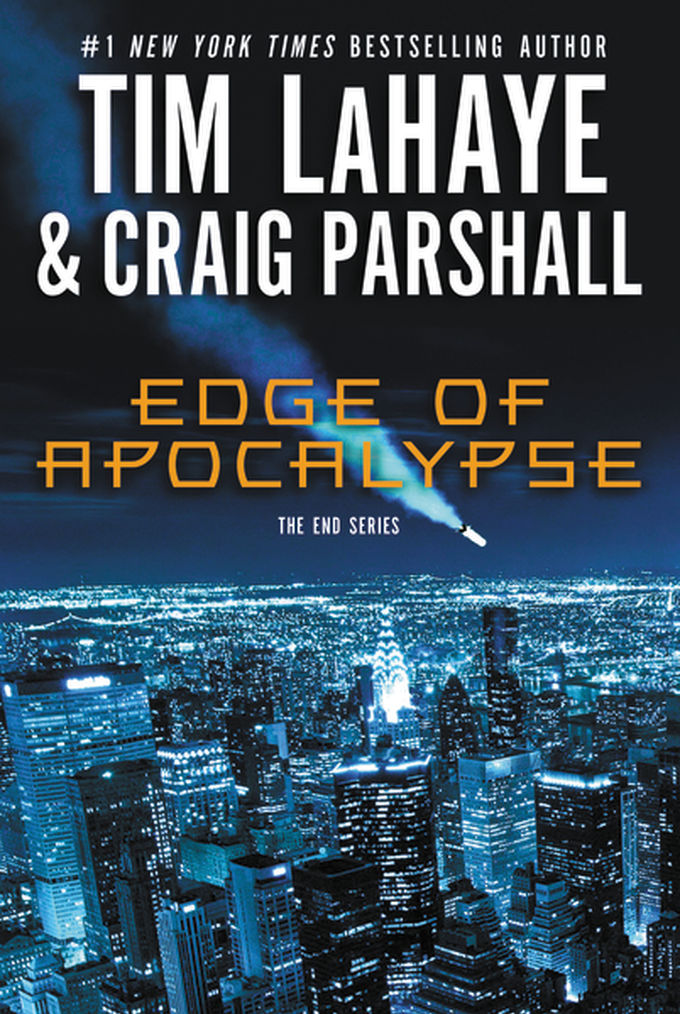 From Tim LaHaye, co-author of the renowned Left Behind series, and Craig Parshall comes an epic story ripped from the headlines of world events and filtered through Scriptural prophecy.

Joshua Jordan, former US spy-plane hero now turned weapons designer, has come up with a devastatingly effective new missile defense system—the Return to Sender laser weapon. But global forces are mounting against America, and corrupt White House and Capitol Hill leaders are willing to do anything to stop the nation’s impending economic catastrophe—including selling-out Joshua and his weapon.

With help from a group of powerfully connected Christian leaders known as the Patriots, Jordan works to save the nation from economic moral collapse—and to clear his name. As the world events begin setting the stage for the “end of days,” Jordan must consider the personal price he must pay if he is to save the nation he loves.

Set in the near future, Edge of Apocalypse chronicles the beginning of The End—the earth-shattering events leading up to the Apocalypse foretold in Revelation.

Tim LaHaye is a New York Times bestselling author of more than 70 nonfiction books, many on biblical prophecy and end-times. He is the coauthor of the record-shattering Left Behind series and is considered one of America's foremost authorities on biblical end-times prophecy.