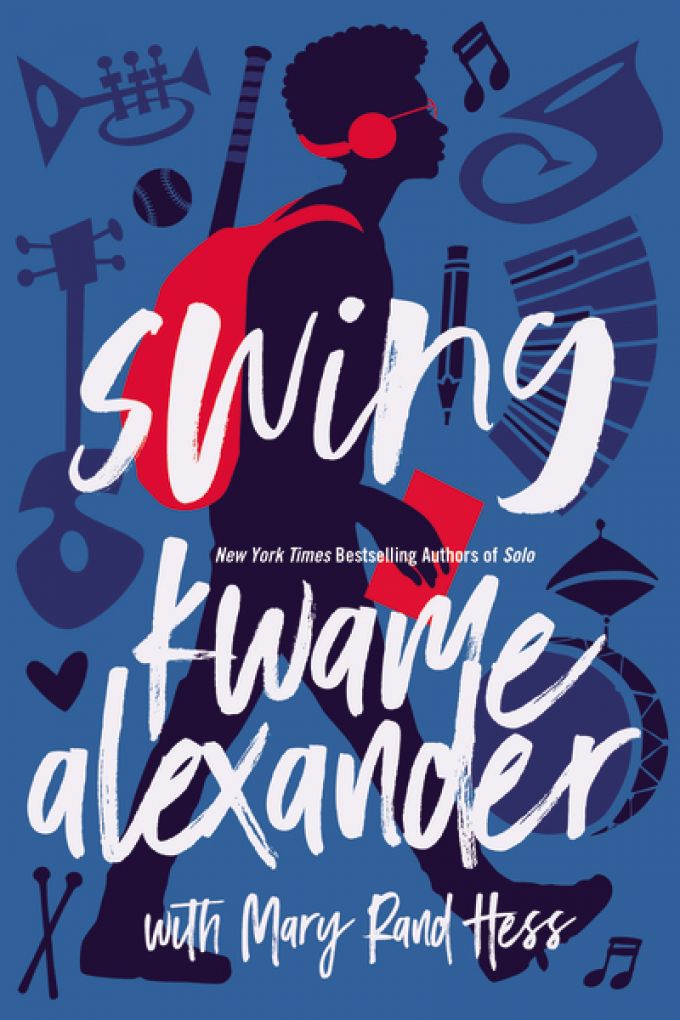 In this YA novel in verse from bestselling authors Kwame Alexander and Mary Rand Hess (Solo), which Kirkus called “lively, moving, and heartfelt” in a starred review, Noah and Walt just want to leave their geek days behind and find “cool,” but in the process discover a lot about first loves, friendship, and embracing life … as well as why Black Lives Matter is so important for all.

Best friends Noah and Walt are far from popular, but Walt is convinced junior year is their year, and he has a plan that includes wooing the girls of their dreams and becoming amazing athletes. Never mind he and Noah failed to make their baseball team yet again, and Noah’s crush since third grade, Sam, has him firmly in the friend zone. While Walt focuses on his program of jazz, podcasts, batting cages, and a “Hug Life” mentality, Noah feels stuck in status quo … until he stumbles on a stash of old love letters. Each one contains words Noah’s always wanted to say to Sam, and he begins secretly creating artwork using the lines that speak his heart. But when his art becomes public, Noah has a decision to make: continue his life in the dugout and possibly lose the girl forever, or take a swing and finally speak out.

At the same time, American flags are being left around town. While some think it’s a harmless prank and others see it as a form of protest, Noah can’t shake the feeling something bigger is happening to his community. Especially after he witnesses events that hint divides and prejudices run deeper than he realized.

As the personal and social tensions increase around them, Noah and Walt must decide what is really important when it comes to love, friendship, sacrifice, and fate.

If you enjoy Swing, check out Solo by Kwame Alexander and Mary Rand Hess.

Kwame Alexander is the New York Times Bestselling author of 32 books, including The Undefeated; How to Read a Book; Solo; Swing; Rebound, which was shortlisted for prestigious Carnegie Medal; and his Newbery medal-winning middle grade novel, The Crossover. He’s also the founding editor of Versify, an imprint that aims to Change the World One Word at a Time. Visit him at KwameAlexander.com

Mary Rand Hess is a poet, mixed-media artist, screenwriter, and New York Times bestselling author of Solo and Animal Ark: Celebrating Our Wild World in Poetry and Pictures, both coauthored with Kwame Alexander.