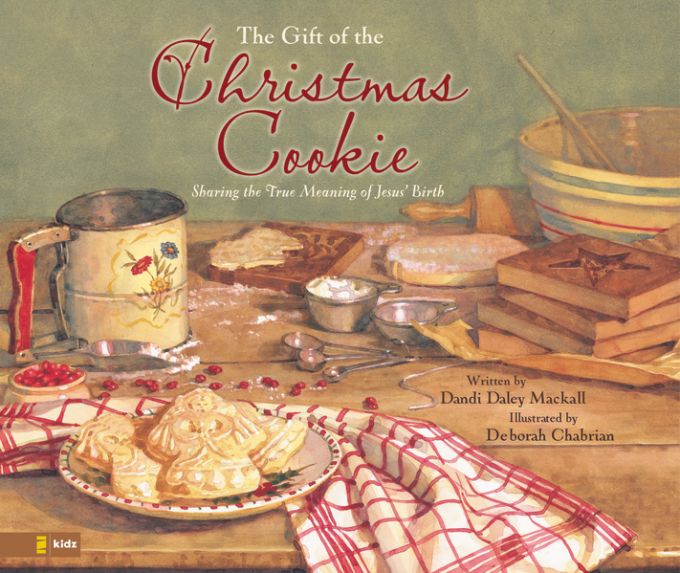 It’s the Christmas season during a time when people had little money to spend. Cookie jars held pennies, not Christmas cookies.So when Jack smells something delicious coming from the kitchen, he can’t believe his nose. Cookies!But his excitement turns to disappointment when he learns the cookies aren’t for him. Instead, Mother is baking them for the needy people at their church. While Jack helps roll out the dough, his mother tells him the legend of the Christmas cookie.In a captivating interplay of simple words and beautiful illustrations, The Legend of the Christmas Cookie tells a tender story of giving—not just cookies, but gifts of the heart that last forever.

Dandi Daley Mackall loves God, children, words, and animals. Her nearly 500 books for children and grown-ups have sold more than four million copies worldwide. She won the ECPA Christian Book Award for Best Children’s Book 2015 and multiple Mom’s Choice Awards, as well as ALA Best Book, NY Public Library Top Pick, Children’s Book Council Award of Excellence, and the Helen Keating Ott Award for Contributions to Children’s Literature. Her novel My Boyfriends’ Dogs is now a Hallmark Movie. Dandi writes from rural Ohio, where she lives with her family, including horses, dogs, cats, and an occasional squirrel, deer, or raccoon.