COVID-19 Response: We're still shipping to the continental U.S., and shipping is FREE. 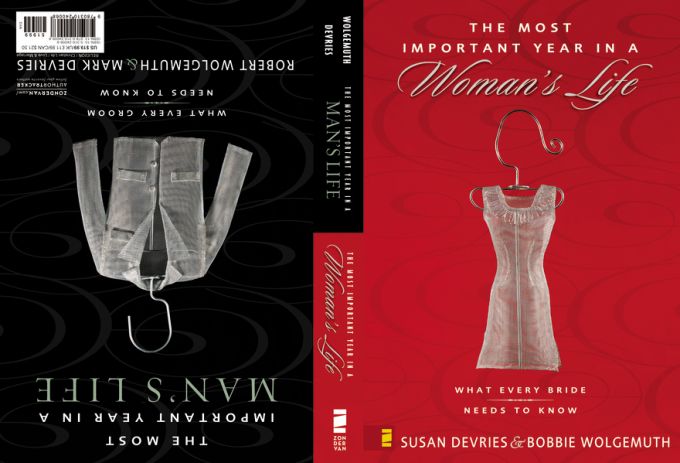 Your marriage could be one of history’s great love stories! As newlyweds, it’s time to ensure that your marriage can meet the challenges it will face right around the corner. Cultivating good habits during these first twelve foundational months of your marriage and knowing what to focus on will set the stage for years to come.Robert and Bobbie and Mark and Susan know that there’s a big difference between preparation and actual experience. This is your guide to actually dealing with all the things that come after “I do.” In this unique flip-over format, the chapter topics are the same but one half is written by men for the husband, and the other half is written from a women’s perspective for the wife. As a couple, you’ll each progress through your part of the book and meet somewhere in the middle. Become an expert on what really makes your spouse happy, and enjoy the benefits of a great partnership. Take an honest look at the family you grew up in: its unwritten codes, how it has shaped you, and the ways it affects your relationship with your mate. Learn how to speak each other’s “language” and appreciate the qualities each of you brings to your marriage.You’ll also get an eye-opening look at communication skills, secrets for a great sex life, budget basics, dealing with in-laws, navigating tough times, and much more. Above all, you’ll cultivate a spiritual unity that draws the two of you closer to each other as you draw closer to God. Start reading, and make this first year together what it was meant to be: the most important year in your life.

In August of 1996, Robert released his first book, She Calls Me Daddy: Seven Things Every Man Needs to Know about Building a Complete Daughter. The book became a bestseller. He is also the author of many other titles including The Most Important Place on Earth: What a Christian Home Looks Like and How to Build One; Seven Things You Better Have Nailed Down before All Hell Breaks Loose and the sequel to his first book, She Still Calls Me Daddy: Building a New Relationship with Your Daughter after You Walk Her Down the Aisle. He has also co-written The Most Important Year in a Man’s Life: What Every Groom Needs to Know with Mark DeVries, and What’s in the Bible with Dr. RC Sproul. His speaking assignments have taken him across America and through several foreign countries. Robert Wolgemuth has served two terms as the Chairman of the Evangelical Christian Publishers’ Association. As a layman, he has taught adult Sunday school classes since 1969 in Texas, Tennessee and Florida. A 1969 graduate of Taylor University, he received an honorary doctorate in 2005. Robert, a widower, is the father of two adult daughters and five grandchildren. In the fall of 2015, Robert married Nancy Leigh DeMoss.

Mark DeVries is pastor of youth and families at First Presbyterian Church in Nashville, Tennessee, where he has served for the past seventeen years. In addition to authoring several books, including Family-Based Youth Ministry and True Love Waits, he is founder of Youth Ministry Architects (www.ymarchitects.com), a strategic-planning service for churches facing transitions in their youth ministries. He and his wife, Susan, live in Nashville.

Bobbie Wolgemuth was a Bible teacher and the author or co-author of several books, including Mom’s Bible: God’s Wisdom for Mothers and the four-book Gold Medallion bestselling series Hymns for a Kid’s Heart with Joni Eareckson Tada. She is also the coauthor of Couples of the Bible with her husband, Robert.

Susan DeVries has made a career out of being a wife, mother, and supervising editor of every word Mark has ever written. Over the past twenty-three years, Susan has partnered with Mark in providing premarital counseling and leading marriage retreats and classes for couples. Mark and Susan have three children and live in middle Tennessee.