A bold vision for Christians who want to engage the world in a way that is biblically faithful and culturally sensitive.

In Biblical Critical Theory, Christopher Watkin shows how the Bible and its unfolding story help us make sense of modern life and culture. Critical theories exist to critique what we think we know about reality and the social, political, and cultural structures in which we live. In doing so, they make visible the values and beliefs of a culture in order to scrutinize and change them.

Biblical Critical Theory exposes and evaluates the often-hidden assumptions and concepts that shape late-modern society, examining them through the lens of the biblical story running from Genesis to Revelation. With extensive diagrams and practical tools, Biblical Critical Theory shows how the patterns of the Bible’s storyline can provide incisive, fresh, and nuanced ways of intervening in today’s debates on everything from science, the arts, and politics to dignity, multiculturalism, and equality, showing Christians the moves to make and the tools to use in analyzing and engaging with all sorts of cultural artifacts and events in a way that is both biblically faithful and culturally relevant.

It is not enough for Christians to explain the Bible to the culture or cultures in which we live. We must also explain the culture in which we live within the framework and categories of the Bible. If Christians want to speak with a fresh, engaging, and dynamic voice in the marketplace of ideas today, we need to mine the unique treasures of the distinctive biblical storyline.

What people are saying about Biblical Critical Theory 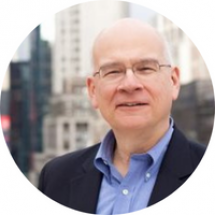 “A book that I have been eagerly anticipating for years…”
—Timothy Keller, Redeemer Presbyterian Church 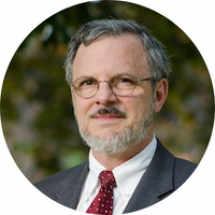 “Biblical Critical Theory is an important update of Augustine’s City of God, a proposal for making biblical sense of what is happening in contemporary culture.”
—Kevin J. Vanhoozer, Trinity Evangelical Divinity School 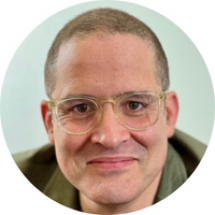 “Biblical Critical Theory will become a seminal text for us…. A foundation and frame for years to come. Absolutely essential reading.”
—Dan Strange, Crosslands Forum 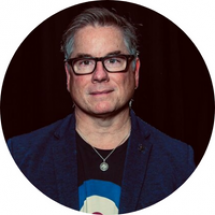 “This is a magnificent achievement. It is a must-read…. Here is a total defence and commendation of Christianity like no other. Buy it. Read it. Ponder it. Pass it on.”
—John Dickson, author and historian, host of the Undeceptions podcast 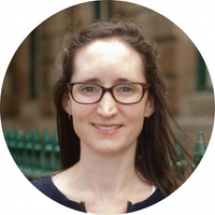 “[Chris Watkin] maps a path out of some of the most fundamental impasses of our time . . . Urgent and weighty, Biblical Critical Theory is . . . simply, a tremendously exciting read.”
—Natasha Moore, Centre for Public Christianity 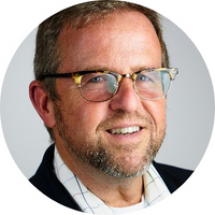 “Biblical Critical Theory doesn’t just give us answers; it helps us to come up with better questions…. An innovative and immensely fruitful paradigm.”
—Michael Horton, Westminster Seminary California 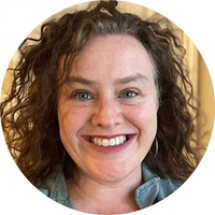 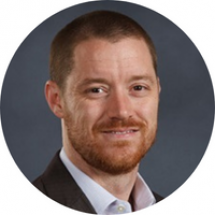 “A brilliant and unique book…. It is the most biblical, up-to-date, and comprehensive analysis of contemporary Western culture that I know of.”
—Joshua Chatraw, Center for Public Christianity 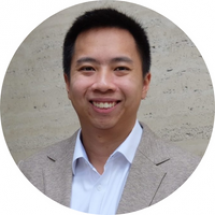 “This is the best yet most accessible exploration of the intersection between Christianity, culture, and philosophy I’ve read in recent years.”
—Nathaniel Gray Sutanto, Reformed Theological Seminary 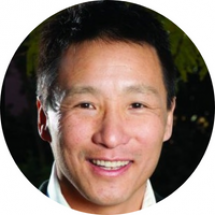 “This book is a must-read for all serious thinkers.”
—Sam Chan, City Bible Forum 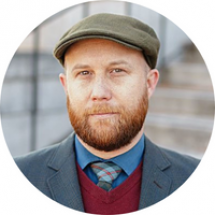 “A fresh way of seeing the world, life, culture, and the Bible . . . I highly recommend this book.”
—Alan Noble, Oklahoma Baptist University

“ . . . An ambitious, comprehensive, and thrilling work of Christian apologetics . . . The most significant work of its kind to appear in a decade.”
—Rory Shiner, Providence City Church, Perth 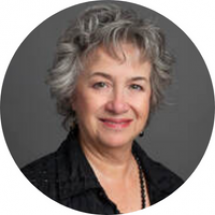 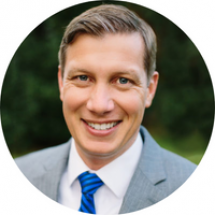 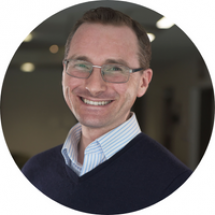 Christopher Watkin (PhD, University of Cambridge) is associate professor in French studies at Monash University in Melbourne, Australia. He is a scholar with an international reputation in the area of modern and contemporary European thought, atheism, and the relationship between the Bible and philosophy.

His research seeks to make sense of how people make sense of the world, and how they interact with ideas and positions different from their own; his writing explores the practical relevance of philosophical, cultural and theological ideas for the way we live our lives and the assumptions and commitments in terms of which we understand our world. Thus, Watkins' published work runs the spectrum from academic monographs on contemporary philosophy to books written for general readers, both Christian and secular, including Difficult Atheism, From Plato to Postmodernism: The Story of Western Culture Through Philosophy, Literature and Art, Great Thinkers: Jacques Derrida, and more.

Get free video overviews for each chapter

When you pre-order, you will get:

Don't wait—this offer is only available for pre-orders placed on or before November 7, 2022.

Enter your information below to get immediate access to the private link to all Biblical Critical Theory videos:

1
Pre-order the book
Pre-order
2
Enter your information
Thank you!
Your form could not be submitted. Please check errors and resubmit.
3
Get your access to the videos!
Your videos are ready... Now, text BCT to (844) 947-6198 to get additional news and updates!
Access your videos

What is Biblical Critical Theory?

Excerpted from the foreword, by Timothy Keller

Like many others, I’ve read various forms of critical theory for decades. However, it is only in the last couple of years that the term (under the heading “Critical Race Theory”) has burst into popular consciousness. What should Christians’ attitude toward it be? On the one hand, many denounce it as evil and toxic and say it should be shunned like a virus. On the other hand, some say, “Let’s learn from it but not swallow it whole.” In this book, Chris Watkin “diagonalizes” these alternatives— taking an approach that does not ignore the concerns of either but that is more radical than both.

Critical theory aims to make visible the deep structures of a culture in order to expose and change them. Chris, as a scholar of modern European thought and languages, is thoroughly acquainted with the various forms of critical theory that have arisen over the past century. Most of them are based directly or indirectly on forms of Marxist analysis. Since the middle of the twentieth century and especially since the 1990s, a host of “high theories” in this tradition—literary theory, feminist theory, critical race theory, queer theory—have sought to unmask and undermine the oppressive structures of Western society.

But the term critical theory has an older and more basic meaning. It means to not just accept what a culture says about itself but also to see what is really going on beneath the surface. Every culture deploys multiple patterns—narratives, pictures and images, vocabulary— to create a “world” (or “worldview” or “social imaginary”). But the Bible has its own narratives, images, and patterns that enable us to analyze any culture at the deepest level and to both critique and appreciate it, while at the same time preventing us from being captured and coopted by it.

A biblical critical theory, therefore, can and should be developed and used by Christians living and ministering anywhere in the world. It must first expose the main flaws in the dominant culture’s narratives, showing how they fit neither human nature nor our most profound intuitions about life—let alone the culture’s moral ideals and aspirations. (As Chris points out, this was the approach Augustine took in the incomparable City of God.) Then Christian theory must point to the beauty and truth of the gospel as the source of numerous fulfilling counternarratives.

The contention of this book… is that there is a critical theory in the Bible itself. Chris Watkin travels through the Scripture from start to finish, giving us the outlines of a Christian social theory.

An interview with author Christopher Watkin

What led you to write your book? How does this book connect with your own life story?

I’ve tried to write the book that I was desperate to read but just couldn’t find when I was a Christian undergraduate studying liberal arts at a secular university twenty years ago. I was frantically reading about all the big “theories”: Marxism and feminism, eco-theory, and queer theory, and writing essays about meaning, power, and identity. As a young Christian I was convinced that the Bible had some fresh, insightful things to say on these issues and some powerful critiques to make, but I couldn’t find the language to say it. This book bridges that gap, showing how the Bible’s storyline from Genesis to Revelation helps us build a full-orbed Christian theory.

Tell us about your academic work. You are a lecturer in intriguingly named “French studies” in Australia and your website lists “philosophy, religion, atheism, humanity, and freedom” within your sphere of academic engagement. What is it that you do?

I guess “French studies” does sound a bit odd, doesn’t it! Basically, I research recent French philosophy, mainly philosophers who are still alive. I’ve written books on French philosophical atheism and what philosophers today think human beings are, and I’m currently in the middle of an academic project on the idea of the social contract. On my website I sum it all up by saying that I try to make sense of how people make sense of the world, and that’s a big part of what I’m doing in Biblical Critical Theory: explaining why people see the world in the way they do.

Your book is intriguingly titled Biblical Critical Theory. What is “critical theory,” what does it do, and why should Christians have a biblical one?

Nice easy question there! Okay, here’s the short version. A critical theory is a way of living in the world. It makes some things in the world viable (they make sense to you), some things visible (they stand out to you), and some things valuable (they attract you). And that’s what the Bible does too, as I try to show in the book. If the Bible doesn’t shape these things for you, something else will. You wouldn’t let some random person you’d never met furnish your house and manage your money, so why let some random ideas you’ve never scrutinized shape your outlook? If you want an example of what a biblical critical theory looks like in practice, read Augustine’s City of God. It’s a huge inspiration for what I’ve tried to do in Biblical Critical Theory.

What do you hope readers will take away from reading your book?

My prayer is that Christians come away equipped and emboldened to show how the Bible speaks with an engaging, insightful, and often surprisingly fresh voice into the great social and cultural issues of our day. I’d love people to be energised not only to explain the Bible to the culture, but also to explain the culture through the Bible. 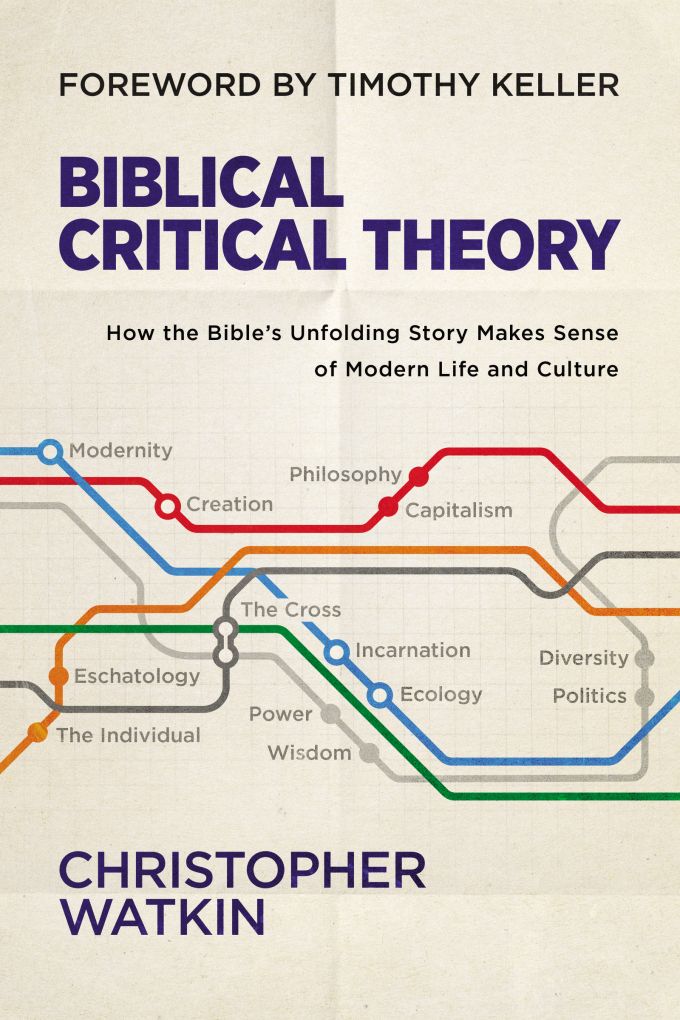 Preview
Pre-Order
Expected to ship on or around November 16, 2022

How the Bible's Unfolding Story Makes Sense of Modern Life and Culture
Christopher Watkin
'A book that I have been eagerly anticipating for years. ... My prayers are that this book will bear much intellectual and spiritual fruit in many lives over th...
Not Available Request an Exam Copy
Your form could not be submitted. Please check errors and resubmit.
Thank you! Here's your PDF: