The story below comes to us from Jonathan Dodson, who recently adapted a free eBook,"Four Reasons Not to Share Your Faith," from his new book The Unbelievable Gospel (released 9/23/14).

Find this story and more in Dodson's free eBook (PDF download), which you can download today at unbelievablegospel.com.

It was a typical night at the Gingerman, a low-lit, wood-paneled, leather-chaired pub in the heart of the city. I often meet here with people to talk and enjoy their company. Dave and I were there on a cool, autumn evening. We passed the crowds of people, walking the length of the bar and heading outside to the open-air beer garden. There we found a perfect spot — remote and unoccupied in the midst of a maze of communal wooden tables. Dave is a classically trained cellist, a member of an alt rock band, and prone to pondering the deep things of life. Since I love music and deep conversation, we are good friends. Occasionally Dave will pepper me with random spiritual questions. “What about Jesus in India, Jon?” (Only Dave calls me Jon.) I respond to his question with a question of my own: “What about Jesus in India, Dave?” He explains. “You know, there are reports that Jesus appeared over there, reports that aren’t in the Gospels. What do you make of that?” We’ve been talking about whether or not the Gospels of the New Testament are reliable. As we talk, I suggest that while it is possible that Jesus could have appeared in India, the real question is whether it’s probable. After all, there is no record of it anywhere. What we do know is that the church in southern India started after St. Thomas took the gospel there. It’s called the Mar Thoma church, named after the apostle Thomas. If Jesus had appeared in India, apart from the preaching of the apostles, isn’t it probable that there would be a record of it? And wouldn’t they have named the church after Jesus? Dave asked me several more questions. He made several interesting points about Eastern religions, and our conversation quickly moved to the exclusivity of Christianity.

At this point, Dave’s friend Brian showed up. We are right in the thick of a discussion about the gospel at this point, and Brian leans in to listen to the conversation. Dave pauses, and he turns to his friend Brian. “So, man. What do you think about this?” After pontificating a bit, Brian asks me what I think about a related question: “What about the Muslims? I mean, they’re serious too. They are willing to die for what they believe. Are you saying that they won’t go to heaven?”

That’s a lot to talk about! How would you respond? Dave is a genuine seeker who has questions about Hinduism and the reliability of the Gospels. Brian is asking me to defend Islam and explain why Muslims should or should not go to heaven. For all I know, Brian is a Muslim, or he might have close Muslim family or friends. I don’t want to offend either of these guys, yet I also want to be true to the gospel. I don’t want to hide the truth, but I also want to be sensitive and respectful of what they believe. Perhaps you’ve faced a similar dilemma. When others express their views or have direct questions about Christianity, how should we respond? Should we speak up and defend our faith? Do we insist on the superiority of Christianity? Or do we avoid the conversation and let the questions go unanswered in loving tolerance of others’ beliefs? 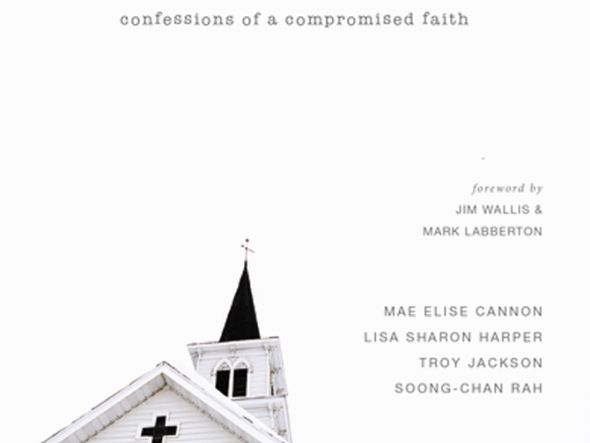 An Invitation for the American Church to Repent — An Excerpt from "Forgive Us" Once in a while a book comes a long that is so compelling, so convicting you cannot not engage it given the weight of i...
Your form could not be submitted. Please check errors and resubmit.