5 Reasons Why “Christ Transforming Culture” Is a Problem 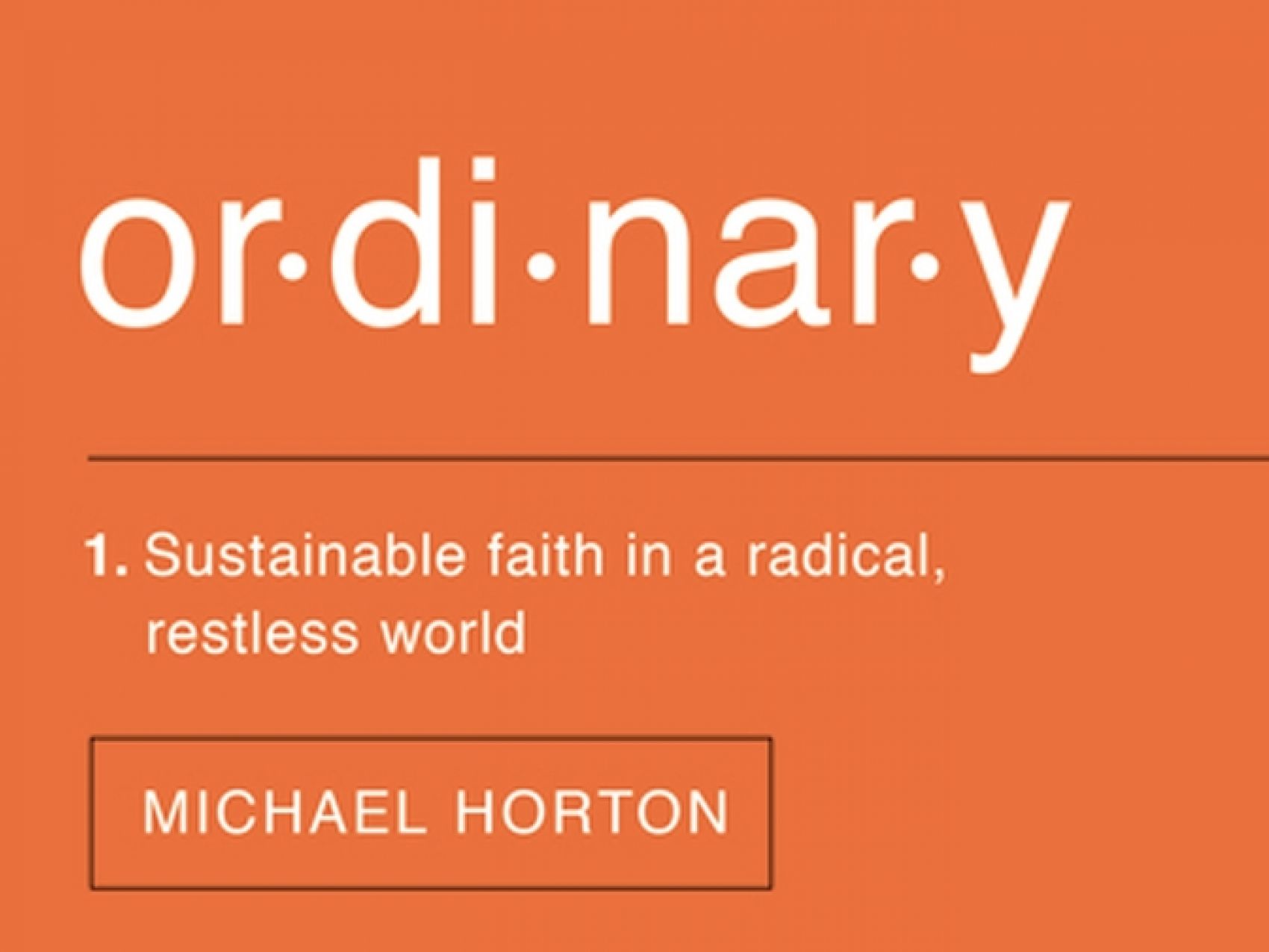 Sixty years ago H. Richard Niebuhr addressed what he called Christianity’s “enduring problem”: the two “complex realities” of Christ and culture. He insisted “an infinite dialogue must develop in the Christian conscience and the Christian community” regarding their interplay. (Christ and Culture, 39)

To foster such dialogue, Niebuhr suggested five possible answers: Christ against, of, above, transforming, and in tension with culture. He argued Christians tended to fit into one of these five categories when engaging our world.

According to Michael Horton, at least one of these categories is to blame for our current fascination with living radical, revolutionary lives at the expense of ordinary callings.

In his new book Ordinary: Sustaining Faith in a Radical, Restless World, Horton makes a compelling, convincing case that recent movements to transform culture for Christ are a problem.

“Christ Transforming Culture” is problematic because it hinders our faith, harms our calling, undervalues vocation, fosters elitism, and can backfire those serving culture.

1) Shifts Our Faith From Christ to Us

First, Horton maintains proponents of “Christ transforming culture” in essence advocate that the gospel has to be something more than the good news of Christ’s victory, and has to expand to include our good works.

As a result the church becomes the “home base for our activism;” the “kingdom” is played off against “church,” so that we don’t merely go to church, but are the church; and community service becomes the church’s missionary task, rather than simply the believer’s ordinary calling. (156)

2) Harms Our Calling and Our Neighbors

Second, Horton argues our hyper-focus on transforming culture “reverses the direction of God’s gift giving.” (156) Rather than God as the agent who gives life, redemption, justification, and renewal, we seem to unconsciously believe we can give God back our good works of cultural transformation.

And yet, “God is offended by our presumption that we could add something more to the perfect salvation he has won for us in his Son. We are therefore on the losing side of the bargain, and our neighbors are too, since our works are directed to God on our behalf, rather than to our neighbor on God’s behalf.” (156-157)

Thus, rather than actually working for the common good, we think we are working for God’s good, which helps no one.

This is the language of “Christ transforming culture.” And while it’s not always clear what this means, we’re attracted to it because of it’s big impact-making promise.

Rather than question whether Christ is Lord over all of life, however, he questions how Christ exercises that lordship in our life’s activities.

“Does he require faithfulness or measurable impact in society attributable to direct Christian impact?” (157) Horton, and he would say the gospel, urges the former, while "Christ transforming culture" advocates the latter and undermines ordinary vocations.

Fourth, Horton contends “If direct cultural impact is the goal, it’s easy to adopt an elitism that places a premium on high-profile callings.” (157)

I noticed this myself when, as a young twentysomething, I worked for a U.S. Senator and then as a missionary of sorts on Capitol Hill. When I returned home and visited my childhood church they would invite me to the stage to give an update on my culture-transforming work. While at the time I enjoyed the spotlight, looking back I wonder if they did the same for cashiers, teachers, or mechanics. Most likely not, and that’s Horton’s point.

“It’s fine to be a homemaker, baker or diving instructor. But what we really need are lawyers, politicians, artists, economists, scientists, New York Times editorialists, entertainers, and sports celebrities. These are “strategic” positions, it is often said.” (157)

The sad truth is there aren’t a whole lot of culture-redeeming agendas for the hotel janitor.

5) Can Backfire Against Those Serving Culture

Finally, Horton believes such a culture-transforming posture can actually backfire in the other direction against those who are called to be artists, politicians, and academics—because they, too, are called to be ordinary.

“When we expect them to somehow advance Christ’s kingdom as the elite guard in his culture war, the result is often disastrous.” (157) The reason is that their field is complex and doesn’t allow for binary kingdom vs. culture thinking.

Horton offers an economist to illustrate: “an economist knows the complexity of his or her field and how and why Christians with the same theological convictions can nevertheless differ markedly over theories and agendas.” (158)

And yet “Christ transforming culture” thinking pressures them to invent a kingdom-driven agenda, all for the sake of the culture war.

Horton makes it clear the alternative to the ideal of cultural transformation is not passivity. Instead he seems to advocate Niebuhr’s fifth category: Christ in tension with culture.

We are living in the time between Christ’s two advents and under the dominion of sin and death. It’s time we recognize this and teach our people “the kingdom of Christ advances directly by the Spirit’s miraculous gathering of a people around the Lamb of glory of the Father through the ordinary means of grace.” (161)

May we realize it is by God’s ordinary grace that ordinary people make ordinary impacts for Christ and the common good.

And may we realize that’s beautiful in its own right.

You can download a free Ordinary Study Guide and audio lectures from Michael Horton here: ordinarybook.com.

Jeremy Bouma
Jeremy Bouma (Th.M.) has pastored on Capitol Hill and with the Evangelical Covenant Church in Michigan. He founded THEOKLESIA, which connects the 21st century Church to the vintage Christian faith; holds a Master of Theology in historical theology; and makes the vintage faith relevant at jeremybouma.com.
Next Post
What One Theme Does 1 & 2 Thessalonians Boil Down To?
What One Theme Does 1 & 2 Thessalonians Boil Down To? (Can't see the video? Watch it here) Not such a hard question when it comes to Romans and Galatians. Justification by f...
Your form could not be submitted. Please check errors and resubmit.