Bible Interpretation: 4 Challenges and How to Overcome Them 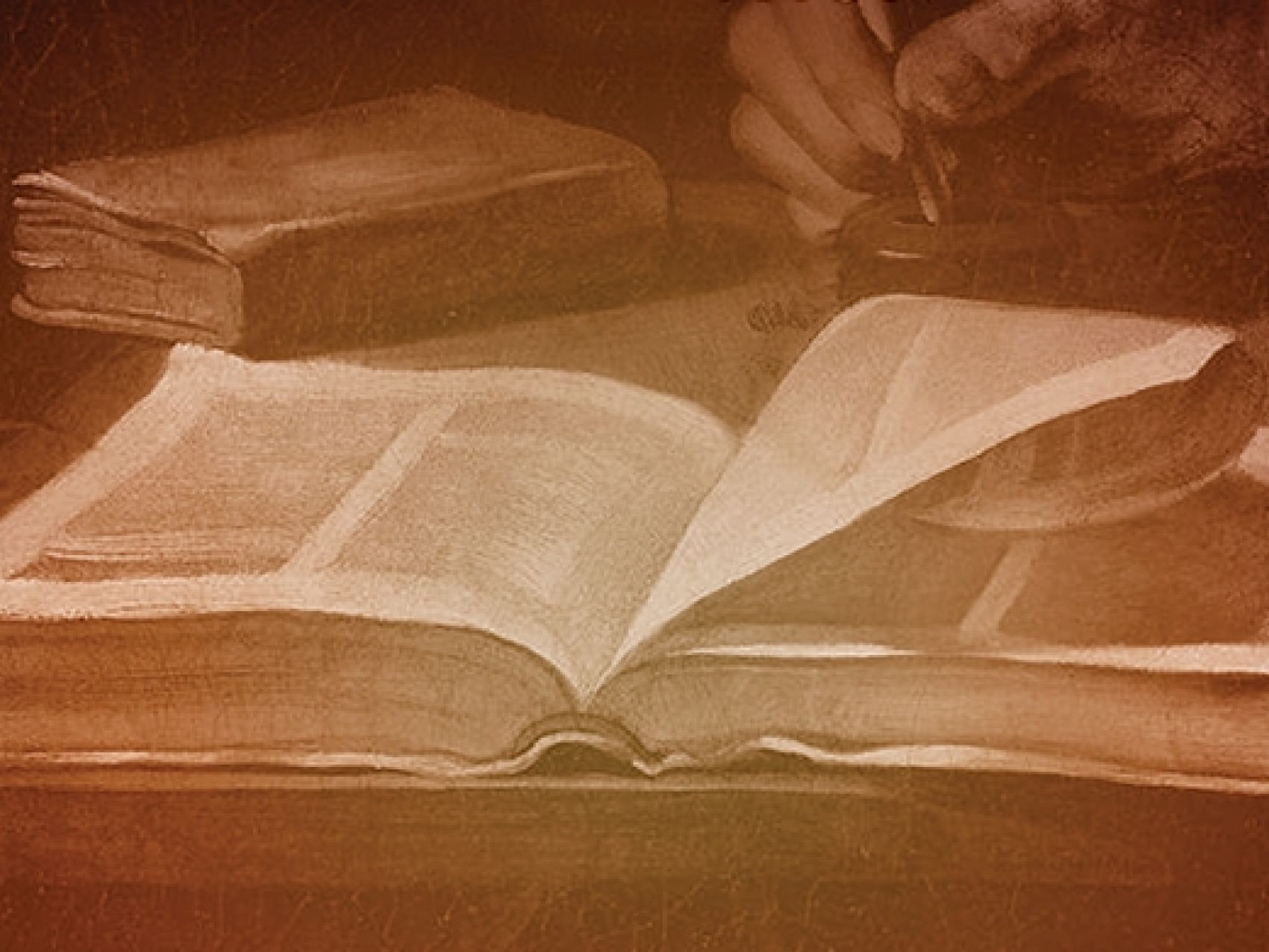 You probably already know that the Bible was originally written to someone else who:

A word that captures one of the greatest challenges and frustrations in Bible interpretation is distance. There are four aspects to this distance: time, geography, language, and cultural values. Being aware of these is a critical step toward interpreting the Bible correctly.

In this post, adapted from William Klein, Craig Blomberg, and Robert Hubbard’s Introduction to Biblical Interpretation online course, we'll take a look at each of these.

1. There is a distance in time between when the events happened and when we read them

Consider first the distance of time between the ancient texts and our modern world. The writings and events in the Bible span many centuries, but more than 1,900 years have passed since its last words were written.

Not only has the world changed in substantial ways, but most of us lack essential information about the world “back then” or the process involved in producing the Bible’s various and diverse “books” within oral cultures. We may be at a loss to understand what a text means because it involves subjects far removed in the past.

Take a look at a few examples from Hosea 10. This chapter refers to:

What was a calf-idol or high places? Where were Beth Aven, Assyria, or Ephraim located? Are they within or outside Israel? What’s this about Gibeah or a trained heifer?

The distance of time between us and them makes it difficult to determine what Hosea 10 refers to.

Since the chronology in Genesis goes all the way to the death of the patriarch Joseph, earlier sections like Genesis 12–25 probably were composed, passed down orally, and eventually written into a text after their main character, Abraham, died.

At the creation of universe (Genesis 1), God was the only sentient being, and since Hebrew as a distinct language probably emerged ca. 1000 BC, obviously someone composed the creation account after that date.

We may locate the ministry of the prophet Amos in the mid-eighth century BC, but it is very likely that his oral messages were preserved and then eventually collected into the biblical book bearing his name by someone else at a later date.

The same is true for many of the other prophets.

Though Jesus’ ministry probably spanned the years AD 27–30, our Gospels were not written until several decades later. Jesus’ words were preserved (mostly) orally and then translated into Greek before being committed to the writings we call the Gospels.

This means that our interpretations must reckon with both the situation at the time Amos or Jesus originally spoke and the circumstances in which later people preserved, passed on, compiled, and, finally, wrote down their words.

Certainly, both Jews and Christians cared deeply about preserving and transmitting their traditions accurately.

Yet the believing communities (Israel and the church), as well as the final authors’ unique perspectives and their goals for writing, influenced what they felt was important, what deserved emphasis, and what might be omitted.

In this process the writers were mindful of their readers and the effects they hoped to produce in them.

Certainly, some of the biblical authors were eyewitnesses and wrote out of their own experiences (such as Isaiah and Paul).

Others incorporated additional sources into their eyewitness accounts (such as the author of Acts).

Still others had little or no personal contact with the people and events about which they wrote (Luke, in the case of the third Gospel).

Once we recognize that many of the biblical writers employed or edited preexisting materials (and sometimes, several renditions alongside each other), then we must evaluate the roles and motives of these editors.

For example, if we surmise that Matthew hoped to persuade Jews in his community not to repeat the mistake of Jesus’ Jewish contemporaries by rejecting Jesus as Messiah, we have a better appreciation of his constant use of Old Testament quotes and allusions. His message to that particular audience shouts that Jesus is the Messiah.

The books of the Bible are literary pieces, carefully crafted to achieve their purposes, not transcripts or merely cut-and-paste collections put together naively, haphazardly, or even chronologically.

2. There is distance in geography.

Another challenge to correct Bible interpretation is geographical distance.

Unless we have had the opportunity to visit the places mentioned in the Bible, we lack a mental, visual databank that would aid our understanding of certain events.

Of course, even if we could visit all the accessible sites (and many Christians have), few of them retain the look (and none, the identical culture) they had in biblical times. We have seen satellite dishes stationed next to Bedouin tents in the Negev!

In other words, we have difficulty picturing why the Assyrians came “up” from Lachish to Jerusalem (2 Kgs 18:17) and why the New Testament speaks of people going “up” to Jerusalem from Caesarea (Acts 21:12) or “down” from Jerusalem to Jericho (Luke 10:30) unless we know the differences in elevation.

Perhaps less trivial, though in many parts of the world graves are excavated “down” into the earth, in Palestine graves often were dug into limestone outcroppings (or existing caves were used and were scaled with a stone). So the phrase, “he was gathered to his people/fathers” (Gen 49:29, 33; 2 Kgs 22:20), may have originated from the practice of collecting the bones of the deceased after the flesh had decomposed and putting them in a location with those of the ancestors (perhaps in an ossuary, though this is not certain).

Likewise, knowledge of geography helps us understand why Jonah, in seeking to avoid God’s call to prophesy against Assyria (to the northeast of Israel), headed for Tarshish (far to the west of Israel).

3. There is distance in language.

The language gap between the biblical world and our own further challenges the task of biblical interpretation.

The writers of the Bible wrote in Hebrew, Aramaic, and Hellenistic Greek.

These languages are inaccessible to most people today even though they may have their modern descendants.

For example, Hebrew and Greek have different forms for masculine and feminine nouns, pronouns, and verbs, so English “you” hides whether the Hebrew or Greek word it translates is singular or plural and masculine or feminine. The plural “they” could also be either gender, as is true in English.

We are also relatively unfamiliar with the literary conventions of the ancient authors. We depend upon trained biblical scholars to translate the biblical languages and their literary devices into our native tongues, but their work is necessarily interpretive.

In addition, the desire to supply “gender neutral” or “inclusive” versions makes the translation process even more complex.

In short, the distances between the various biblical worlds and our own require careful historical study if we are to understand the meaning of words in the Bible.

4. There is distance in culture.

Another challenge of distance is the cultural distance that separates us from the world of the biblical texts.

The biblical world was essentially agrarian, made up of landowners and tenant farmers using machinery that was primitive by our standards and methods of travel that were slow and wearying. On the pages of the Bible we encounter customs, beliefs, and practices that make little sense to us.

In addition to factors such as these, we hasten to add a feature mentioned earlier: these people existed as parts of oral cultures.

A majority of people in the ancient world were illiterate; only a minority, especially among the elites or scribes, knew how to read, with a fewer number able to write.

It’s virtually impossible for us in literary, digital, visual, and electronic worlds to comprehend a world with few or no written texts, and the inability of most people to read those that did exist.

In addition, how we think about certain things may so color our understanding of ancient customs that we miss their significance.

For example, what does “head covering” mean in 1 Corinthians 11:4–16? Are we to understand this in terms of some kind of head scarf? After reading some translations we may assume that Paul refers to veils, so we envision the veil or hijab that Middle Eastern Muslim women wear today. Yet some commentators insist that hairstyles, not veils are in view here. We need more information to understand properly how Paul viewed this issue and why it was important.

Likewise, a western concern for cleanliness might not help (it might even hinder) our understanding of the Pharisees’ practice of ceremonial washing (Mark 7:3–5). We must inform ourselves if we are to understand properly the customs and concepts of the biblical world that are foreign to us.

We cannot simply pick up the Bible and read it like a familiar book.

Finally, we must be aware that the grid of our cultural values and priorities sometimes may inadvertently lead us to adopt an interpretation that is not present in the text.

For example, in the Western world individualism pervades our thinking. As a result we may impose an individualistic framework on texts that that author intended to have a corporate meaning.

For instance, readers familiar with modern contests between individuals might view the battle between the boy David and the Philistine Goliath as simply two enemies going “one-on-one” (1 Sam 17).

In fact, the episode follows the ancient custom of “representative combat” in which armies let a winner-take-all contest between two soldiers decide the victorious army rather than slaughter each other on the battlefield. Each contestant competes as if he were the whole army.

Similarly, some readers conclude that in 1 Corinthians 3:16–17 Paul’s reference to God’s temple instructs individual Christians. As a result, they explore how Christians can build proper spiritual qualities in their personal lives (certainly not a bad practice).

Yet this reads individualism into the passage despite clear indicators that Paul is referring to the corporate body of Christ as a temple in which God’s Spirit dwells. Christians together form one temple—on a local or worldwide level.

In the metaphor, Paul cooperates in building the church (1 Cor 3:10). He urges his readers to exert their efforts to unity, to build up the body of Christ, the church, not tear it down through their divisions. He does use the same metaphor individually in 6:19, but we should not read that meaning back into chapter 3.

Learn to Interpret the Bible

Sign up for the Introduction to Biblical Interpretation online course.

Next Post
9 Tips for Learning Biblical Greek from Bill Mounce 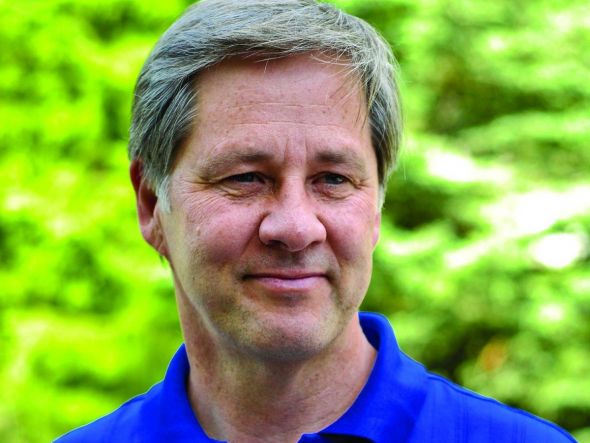 9 Tips for Learning Biblical Greek from Bill Mounce William D. Mounce loathes the popular cliché "It's all Greek to me." As the author of the bestselling Greek textbook, Ba...
Your form could not be submitted. Please check errors and resubmit.