An Introduction to the Biblical Greek Alphabet 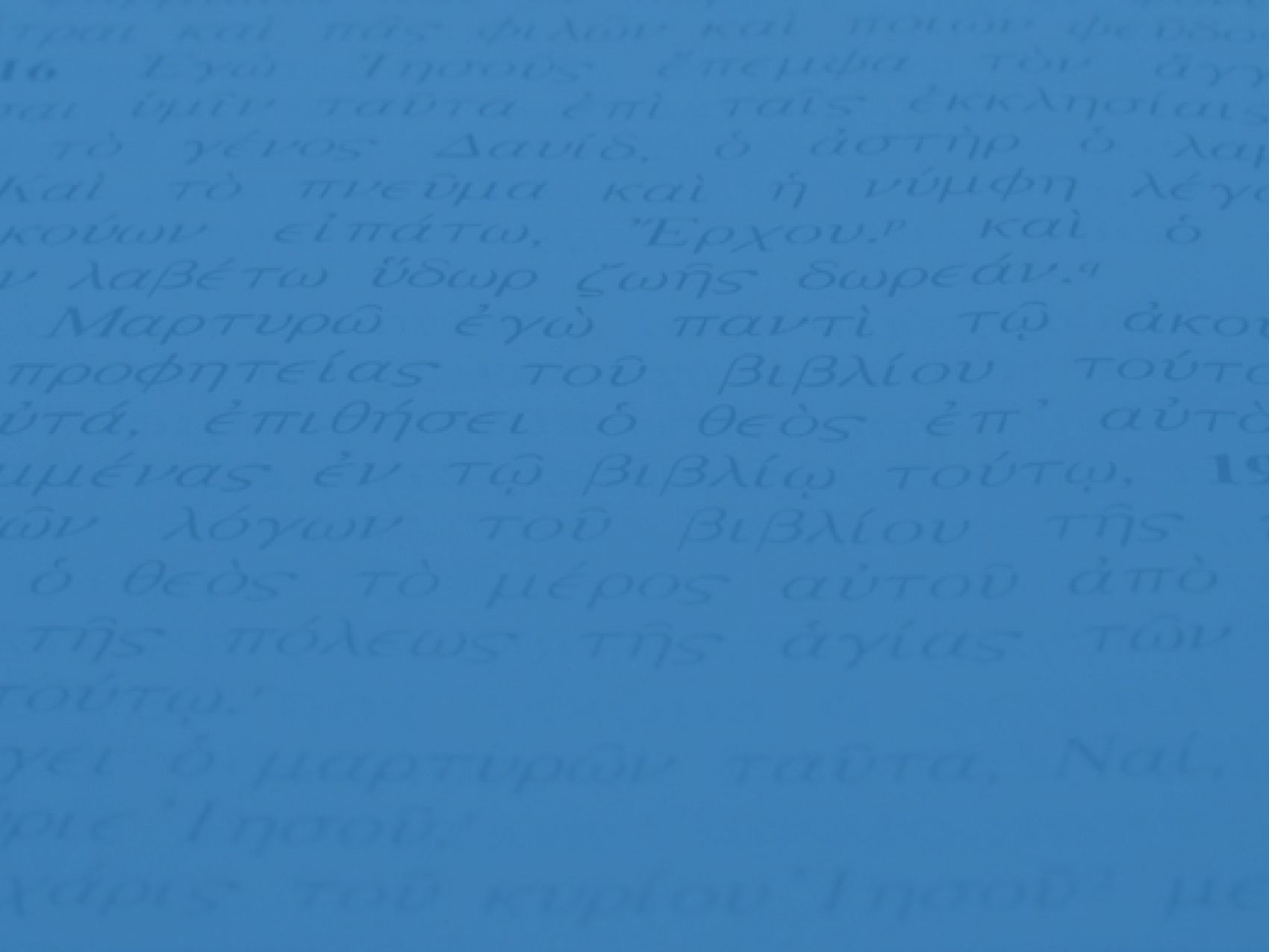 Is understanding Greek essential for having a clearer, more exact, and more persuasive presentation of God’s saving message?

If you’re unsure of the answer to this question, learning Greek will be a struggle. Each student must come to the place where they believe that learning Greek is truly worth the effort. There’s a wealth of awesome resources available to help pastors and preachers understand God’s Word, and it would be unfair to claim that the only way to be a good expositor of Scripture is to learn Greek.

You need to overhaul your car engine. What tools will you select? I would surmise that with a screw driver, hammer, a pair of pliers, and perhaps a crow bar, you could make some progress. But look at the chances you are taking. Without a socket wrench you could ruin many of the bolts. Without a torque wrench you cannot get the head seated properly. The point is, without the proper tools you run the risk of doing a minimal job, and perhaps actually hurting the engine.

The same is true with preaching, teaching, and preparing Bible studies. Without the proper tools you are limited in your ability to deal with the text. When Jesus says of communion, ‘Drink ye all of it’ (Matt 26:27; KJV), what does the ‘all’ refer to? All the drink, or all the people? When Paul writes to the Ephesians that it is ‘by grace you have been saved through faith, and this is not of yourselves; it is a gift from God’ (Eph 2:8), what does ‘it’ refer to? When Paul asks, ‘Do all speak in tongues?’ (1 Cor 12:30), is he implying that the answer is ‘Yes’?

The point of all this is to emphasize that you must think through why you want to learn Greek, and then you must keep your goal in sight at all times. John Wesley, perhaps one of the most effective ministers ever to mount a horse, was able to quote Scripture in Greek better than in English. How far do you want your ministry to go? The tools you collect, Greek being one of them, will to a significant degree determine your success from a human point of view. Set your goals high and keep them in sight.

Getting to know Greek

The following Greek overview and intro to the basics comes directly from Bill Mounce’s Basics of Biblical Greek course material:

Classical Greek was a marvelous form of the language, capable of exact expression and subtle nuances. Its alphabet was derived from the Phoenicians. Classical Greek existed in many dialects, but the three primary ones were: Doric, Aeolic, and Ionic (of which Attic was a branch).

Athens was conquered in the fourth century B.C. by King Philip of Macedonia. The Greek philosopher Aristotle tutored Alexander the Great, Philip’s son. Alexander set out to conquer the world and spread Greek culture and language. Because he spoke Attic Greek, this dialect spread. It was also the dialect spoken by the famous Athenian writers. This was the beginning of the Hellenistic Age.

As the Greek language spread across the world and met other languages, it was altered (which is true of any language). The dialects also interacted with each other. Eventually this adaptation resulted in what today we call Koine Greek. “Koine” (κοινή) means “common” and describes the common, everyday form of the language, used by everyday people. It was not a polished literary form of the language, and in fact some writers of this era purposefully imitated the older style of Greek (which is like someone today writing in King James English).

For a long time Koine Greek confused scholars because it was significantly different from Classical Greek. Some hypothesized that it was a combination of Greek, Hebrew, and Aramaic. Others attempted to explain it as a “Holy Ghost language,” meaning that God created a special language just for the Bible. But studies of Greek papyri found in Egypt over the past one hundred years have shown that this language was the language of the everyday people used in the writings of wills, private letters, receipts, shopping lists, etc.

There are two lessons we can learn from this. As Paul says, “In the fullness of time God sent his son” (Gal 4:4), and part of that fullness was a universal language. No matter where Paul traveled he could be understood.

But there is another lesson here that is perhaps a little closer to the pastor’s heart. God used the common language to communicate the gospel. The gospel does not belong to the erudite alone; it belongs to all people. It now becomes our task to learn this marvelous language so that we can more effectively make known the grace of God to all people.

By the way, I often hear that we should learn Latin because it is the basis of English. Not true. English is a Germanic language and Latin is a Romance language.

Languages can be grouped into families. There is a hypothetical base language we call “Proto-Indo-European.” It developed into four language groups.

There was a lot of borrowing between Romance and Germanic languages (think where the countries are located), and both of these language groups borrowed from Greek. English especially was heavily influenced by other languages. This can be illustrated by words they have in common.

On the other hand, Hebrew and Aramaic come from another family called the Semitic languages, and there was little borrowing between them and the Proto-Indo-European languages. Almost every Aramaic word would sound strange to you (and English to them).

So why learn Greek rather than Latin? I learned Latin and read Caesar’s Gallic Wars and it was interesting, but when I learned Greek and read the Bible; it was life changing.

The Greek alphabet has twenty-four letters. There were several more, but they dropped out of use before the Classical period. In some cases their influence can still be felt, especially in verbs. At first it is only important to learn the English name, small letters, and pronunciation. The transliterations will help.

Originally the Bible was written in all capital letters without punctuation, accent marks, or spaces between the words. John 1:1 began, ΕΝΑΡΧΗΗΝΟΛΟΓΟΣ. Capital letters, or “majuscules,” were used until the sixth century A.D. (“Uncials” are a form of capital letters.) “Cursive” script is like our handwriting where the letters are joined together and is also called "minuscule." Cursive script was created before the time of Christ but became popular in the ninth century A.D. In Greek texts today, John 1:1 begins, ̓Εν ἀρχῇ ἦν ὁ λόγος.

There is a current debate on how Greek was pronounced. I use what I call "standard" pronunciation (technically called "Erasmian"). The advantage is that this is how most seminarians pronounce Greek, and it has a different sound for almost every letter, making teaching easier.

However, there are many who prefer the Modern Greek pronunciation. There are also a myriad of other pronunciation schemes somewhere between standard and modern. As always in these types of situations, ask your teacher.

Notice the many similarities among the Greek and English letters, not only in shape and sound but also in their respective order in the alphabet. The Greek alphabet can be broken down into sections. It will parallel the English for a while, differ, and then begin to parallel again. Try to find these natural divisions.

The following chart shows the name of the letter (in English and Greek), the English transliteration (in italics), the letter written as a capital and as a small letter, and its pronunciation (standard and modern, which is blank when the same as modern).

In Greek there are four letters that are transliterated by two letters.

It is important that you do not confuse the following.

There are two sigmas in Greek. ς occurs only at the end of the word and σ occurs elsewhere: ἀπόστολος.

It’s easiest to learn the alphabet by pronouncing the letters out loud as you write them, over and over.

The name of a consonant is formed with the help of a vowel, but the sound of the consonant does not include that vowel. For example, μ is the letter “mu,” but when μ appears in the word, there is no “u” sound.

For example, the word ἄγγελος is pronounced “angelos” (from which we get our word “angel”). The gamma pronounced like a “n” is called a gamma nasal. (Most gamma nasals are formed from the γγ combination.)

Alpha and iota can be either long or short. Epsilon and omicron are always short while eta and omega are always long.

A diphthong is two vowels that produce one sound. The second vowel is always an ι or an υ. They are pronounced as follows. (ωυ is used in Classical Greek, but occurs in the New Testament only in the name Μωϋσῆς where there is always a diaeresis, indicating that it is not a diphthong.)

An improper diphthong is made up of a vowel and an iota subscript. An iota subscript is a small iota written under the vowels α, η, or ω (ᾳ, ῃ, ῳ) and normally is the last letter in a word. This iota has no effect on the pronunciation but is essential for translation, so pay close attention to it.

In some words you will find two vowels that normally form a diphthong, but in the case of this word do not. To show that these two vowels are pronounced as two separate sounds, a diaeresis (¨) is placed over the second vowel. αι normally forms a diphthong, but in the case of ᾿Ησαΐας, the diaeresis indicates that αι forms two separate sounds: ̓Η σα ΐ ας. Cf. naïve in English.

There are some special situations. 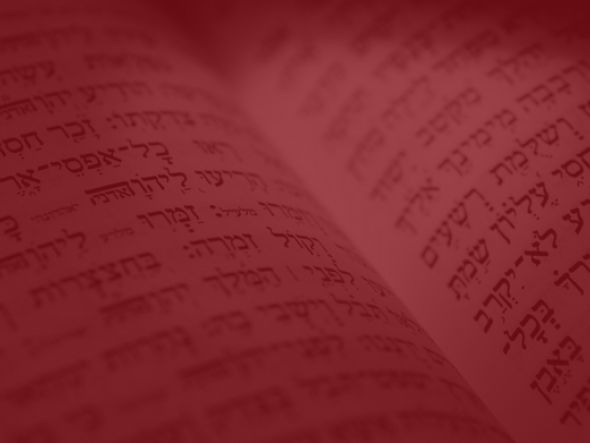 An Introduction to the Hebrew Alphabet One of the difficulties of studying the Old Testament is that it represents a culture that’s completely foreign to us: b...
Your form could not be submitted. Please check errors and resubmit.