Biblical Literacy, Academic Freedom and Christian Liberty — An Excerpt from "The Bible and the University" Over the years, there has been something of an identity crisis in the disciplines of biblical studies and theology. Where universities once were the anchor for theological thought, these disciplines are now often marginalized and confused as to meaning and purpose.

The Bible and the University addresses this crisis by offering a series of essays, which consider:

Today, David Lyle Jeffrey shares a problem common to professors: Biblical ignorance and academic freedom: “The assumption of many, tacitly or explicitly, seems to be that a biblical worldview and intellectual or academic freedom are terminally at odds.”

Read his excerpt and engage this book yourself to see how the Bible and university can coexist. Also, check out the Scripture & Hermeneutics Pack (Just $150 | Retail Value $300).

In Whit Stilman’s film Metropolitan, one of the characters defends his obtuseness by saying: ‘Just because you haven’t read a book, doesn’t mean you can’t have an opinion on it. I haven’t read the Bible, and I have an opinion on it.’ This sort of cheerful yet opinionated ignorance can be shared by some you might not suspect of it. I am concerned that not only the wider culture, but increasingly the subculture we call the church, has opinions on a book which, for practical intellectual purposes, it hasn’t really read.

Ignorance of the Bible problematizes the work we are still pleased to call Christian education in a number of ways. One of these pertains to a great and generally celebrated ideal of all education – in respect of which it is often assumed nowadays that Christians, both individually and institutionally, are notably deficient. I refer to intellectual freedom. The assumption of many, tacitly or explicitly, seems to be that a biblical worldview and intellectual or academic freedom are terminally at odds.

I wish to register my dissent to this prejudice, on the grounds that I have read the book. I propose, in fact, an alternative hypothesis in the form of a question: Are there in fact biblical resources that may help us to clarify current debates over the meaning and application of the principle of academic freedom? My answer to this question will be ‘yes’. A second question also prompts my excursus: Do those of us who claim a special interest in the Bible make adequate use of these resources? Here my answer will be, ‘Not often enough, or well enough.’ To the first question I will come last, offering less an argument than one brief textual exposition. Regarding the second question I will argue here that we make poor use of our biblical resources, indeed that neither in our church-related institutions of higher learning nor in our churches are we now teaching the Scriptures sufficiently well that they rise to the level of becoming a true intellectual resource. Whether the current level of scriptural teaching allows them to become even a satisfactory spiritual resource is a question for others to answer.

George Barna has recently concluded that only nine percent of the self-described ‘born again’ in America and only half of all Protestant pastors have anything that could be credibly described as a biblical worldview. Barna’s surveys, howsoever adequately, attempt to reckon with a more widely remarked and embarrassing reality; namely, that the Bible has apparently lost authority in some churches once ostensibly most identified with the Bible. His research shows that ‘even in churches where the pastor has a biblical worldview, most members of the congregation do not. More than six out of every seven congregants in the typical church do not share the biblical worldview of their pastor even when he or she has one.’

We must not be content merely to understand why even the evangelical community in North America has – at least in significant sectors – apparently lost its appetite for coherent biblical teaching. We who work in Christian higher education may well need to discover a remedy for one of the consequences, for the decline has gone on long enough that biblical illiteracy can, on occasion, seem to be nearly as extensive among evangelical college students as within the general populace. This is a fact with pedagogical consequences. In noticing this phenomenon I do not, of course, mean to suggest that evangelicals are uniquely apostate. Apostasy in North America is remarkably ecumenical. According to a recent issue of the journal Current Issues in Catholic Higher Education,

Thirty two percent of lay presidents and 40 percent of religious [i.e.,ordained] presidents [in Catholic colleges and universities in the USA] report contending with faculty and staff who are tradition illiterate,hostile toward,or simply disinterested in the Catholic mission and identity of the institutions in which they serve.

I fear that at universities like my own, much the same sort of thing could be said. Even among regular church-going faculty, biblical literacy and theological competence is at a far lower ebb than might have been found a generation ago amongst rural Baptists and other evangelicals who never saw the inside of a college classroom. What they knew, and knew by heart, their college educated children and grandchildren have largely forgotten. When Bruce Cole, Director of the NEH, speaks about ‘American Amnesia,’ he describes a cultural disorder that has infected ‘People of the Book’ as much as it has the great unwashed.

Cole and I team-taught a course in medieval and Renaissance art history three decades ago at the University of Rochester. As a Jewish professor in a university with a large cohort of Jewish students, Cole once remarked to me on his disappointment at their typical lack of textual knowledge of their religious tradition. Biblical iconography in Renaissance painting which ought to have been obvious to reasonably taught Jewish students, was almost as opaque to them as to the majority of our shared students who were more or less cheerful pagans. I could relate to his frustration: teaching Chaucer’s Miller’s Tale, which depends for much of its humor on ironic misunderstanding of the Noah narrative in Genesis, I was getting blank stares at the mention of Noah. Only three of more than thirty students could say for sure they knew about the flood story and none could remember that ‘God promised to Noah never to flood the earth again’ – something Chaucer depends on for his laugh at the ignorance of the old carpenter who, you may remember, builds local churches, but is duped and even cuckolded by a ‘seminary’ student imposter because he has no knowledge of the foundation upon which the Church universal is built.

That was thirty years ago, and our faculty club grousing about biblical illiteracy in our students, to some of our peers, may well have seemed quaintly antiquarian. But, particularly for teaching Western art and literature in the secular university, the deficit has only grown more acute. Cole’s thesis now is explicitly directed to political competence: he believes that amnesia (how we lost our story) is evidently culture-wide and a threat to American democracy.

Jeremy Bouma
Jeremy Bouma (Th.M.) has pastored on Capitol Hill and with the Evangelical Covenant Church in Michigan. He founded THEOKLESIA, which connects the 21st century Church to the vintage Christian faith; holds a Master of Theology in historical theology; and makes the vintage faith relevant at jeremybouma.com.
Next Post
Knowing the Elephant: Revelation's Place in a Theology of Religions 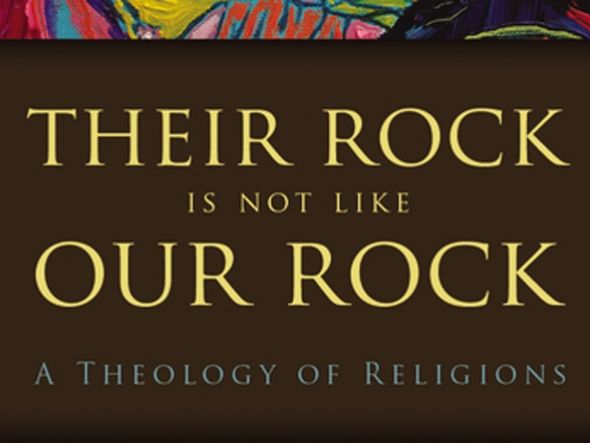 Knowing the Elephant: Revelation's Place in a Theology of Religions Maybe you’ve heard the famous story of the blind men and the elephant. The story is told from the vantage point of a kin...
Your form could not be submitted. Please check errors and resubmit.