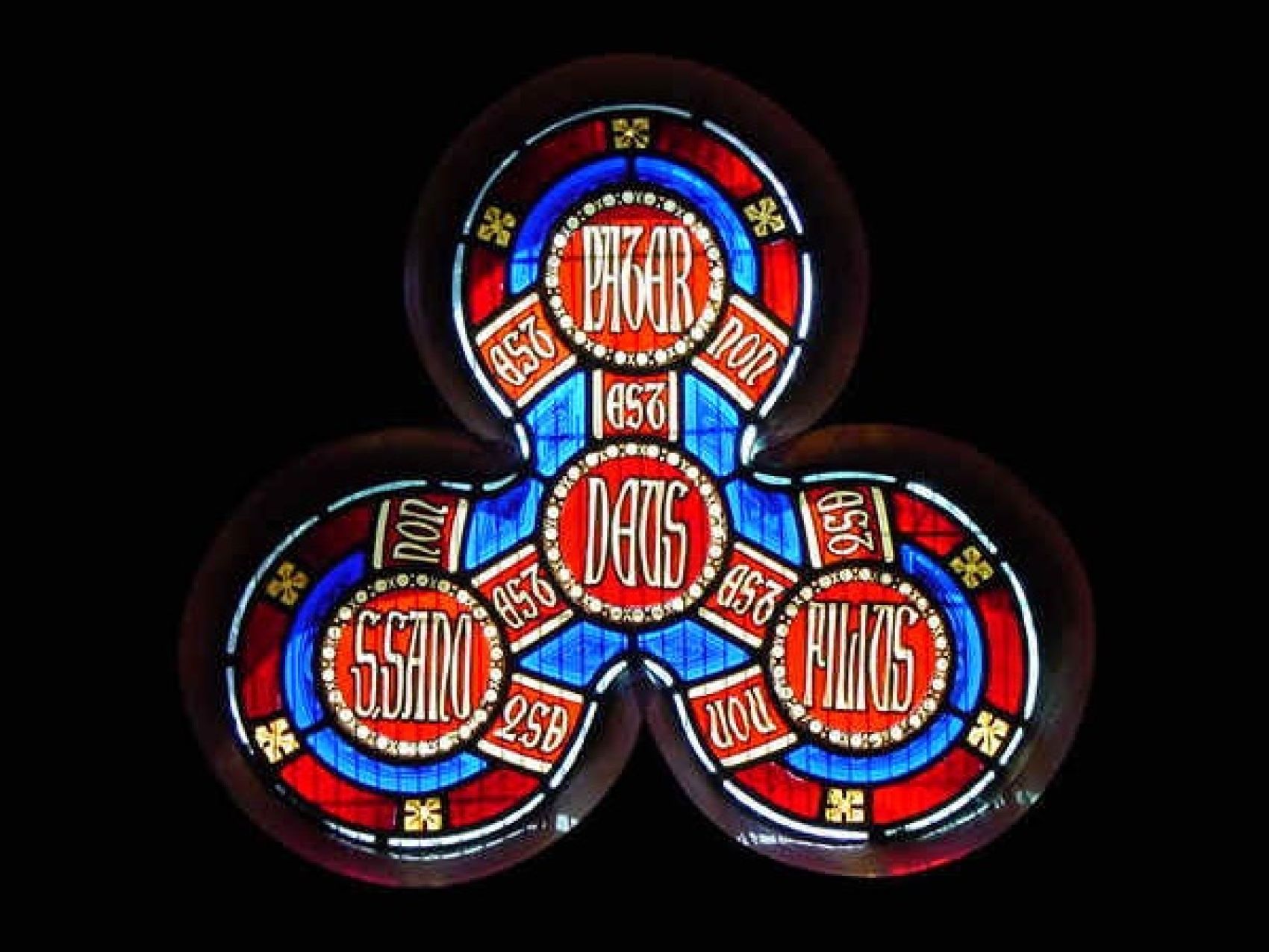 When I was invited to write The Triune God for the New Studies in Dogmatics series, I knew what my basic approach to the doctrine would be, what I wanted to say, and how many chapters I was going to try to fit it into. None of that has changed much, nor have I deviated from the outline I started with. But in the process of writing, two major surprises have come up for me. In retrospect, I can see that they flowed naturally from the initial plan, and are consequences of the big decision I made in framing the book. So first I’ll name the big decision, and second I’ll share the surprises that emerged as I carried out the plan.

The most important decision I made in framing the book was to devote about half of it to the biblical exposition of the Trinity. Though exegetical arguments loom rather large in it, The Triune God is definitely still a systematic theology book. In fact, it seems to me that the decision to prioritize the biblical material is itself a judgment at the systematic level. A large book on the Trinity that hurries past the biblical materials in order to get to the (stunningly rich!) history of doctrine or the (ennobling and enchanting!) constructive theologizing communicates, by its very form, the message that trinitarianism is an achievement of the church and her theologians rather than a gift of revelation. Beside my writing desk are fifteen shelf-feet of Trinity books, and a number of them err in this direction. The biblical part of their argument is handled as a merely preliminary task, setting out some raw materials that can then be cooked into something by later theologians. Brothers and sisters, these things ought not so to be. While a healthy deference to tradition is indispensable to serious theology, the way to retrieve the insights of the church fathers is not to pay more attention to them than to Scripture. It often seems to me that while patristic books about the Trinity were mostly about the Bible, too many modern books about the Trinity are mostly about the tradition.

So I set out to write a dogmatic account of the Trinity that allocated roughly half its space to Scripture. In those sections, I’m especially concerned to trace the path of progressive revelation, and to draw arguments from the largest possible units of Scripture rather than from isolated verses.

Carrying out this plan, the first thing to surprise me is that I was developing a statement of trinitarian theology that was shaped at every point by the mode of its revelation. I suppose that in general, every doctrine ought to be handled in such a way, but it seems to me that this procedure is uniquely profitable for handling the doctrine of the Trinity. Some major doctrines are simply stated in Scripture in propositional form: dogmatic reflection on them involves paraphrasing their claims conceptually, describing them in their relation to their narrative emplotment, and comparing them with other doctrines.

But the triunity of God is not revealed in that way. It is, so to speak, both less revealed and more revealed than other doctrines. Less revealed: simply because the elements of trinitarianism are not gathered in one place and conceptually related to each other by Scripture itself. More revealed: because in order to inform us that the Father has a Son and a Holy Spirit, the Father sent the Son and the Holy Spirit in person. In the fullness of time, God did not give us facts about himself, but gave us himself in the person of the Father who sends, the Son who is sent, and the Spirit who is poured out. Doctrinal information and propositional knowledge can easily be derived from that central happening of salvation history, that personal disclosure and saving presence of God with us. But as it was given in a special way, it is to be handled in a special way. So redemption and revelation are together the root of the doctrine of the Trinity, and elaborating on that insight has led me to engage the characteristic interests of Karl Barth (“God reveals himself as Lord”), Karl Rahner (“The Trinity is a mystery of salvation, otherwise it would never have been revealed”), and Carl Henry (“God supernaturally communicated ... in sentences that are not internally contradictory”) in some unforeseen ways. Of course the doctrine of the Trinity is a revealed doctrine; but it also shapes the doctrine of revelation.

The other surprise in the writing process is that certain conversation partners pushed their way to the fore as soon as I began seeking exegetical help. All the usual suspects put in an appearance and are of great assistance in interpreting Scripture: Athanasius, Nazianzus, Augustine, and Aquinas are all prominent. But I had not expected Hilary of Poitiers (4th century) to become so determinative for the shape of the whole argument, or for John of Damascus (8th century) to play the part of official censor at several points. They became more prominent partly because good secondary work has been done on them recently, but mainly because their synthetic biblical work makes them the most helpful partners for this exegetical account. Again, asking exegetical questions led me to call on rarely cited sources such as Gerhoch of Reichersberg and Rupert of Deutz (12th century), and even (as cautionary tale) highlight the work of a fellow named Johann August Urlsperger (18th century). And finally, while Calvin’s theology of grace is so profoundly trinitarian that it exerts a great deal of influence on this book, I found his actual commentaries less stimulating for my purposes than the trinitarian hermeneutical remarks of—wait for it—Luther.

What seemed at the outset like an ascetical act of renunciation, foregoing the delights of patristic and medieval theology in order to prioritize actual biblical work, ended up giving me rich access to the fathers and the medievals.

Fred Sanders (PhD, Graduate Theological Union) is professor of theology in the Torrey Honors Institute at Biola University in La Mirada, California. He is author of several books including The Deep Things of God: How the Trinity Changes Everything, Dr. Doctrines’ Christian Comix, and The Triune God in Zondervan Academic’s New Studies in Dogmatics (forthcoming). Fred is a core participant in the Theological Engagement with California’s Culture Project and a popular blogger at Scriptorium Daily.