Image: detail from the Tree of Life by Pacino di Bonaguida (Florence, ca. 1305). Salvation history spread out in great detail, but centered on the cross.

In Lewis Ayres’s latest post in this series, he showed the use that Greek patristic theologians made of the terms theologia and oikonomia. The fathers reached for this pair of terms to make the crucial distinction between God’s own eternal nature, on the one hand, and God’s actions toward creation, on the other hand. The distinction is a biblical one, but we cannot discern it in Scripture simply by looking for the words themselves; we must look at broader phenomena of the biblical witness.

The ability to make such a distinction is crucial for Christian doctrine, and not just for the purpose of keeping God and the world hermetically sealed off from each other to achieve conceptual tidiness. On the contrary, the more we want to affirm that God is intimately involved with creation and covenantally committed to human salvation, the more we will find this distinction necessary. No doubt this is why the pair of terms came into its own in the fourth century. In sending his Son, God took such direct divine action in the world that it became absolutely necessary to reach clarity about whether the Son was God or a creature, and so the pro-Nicenes learned to speak of Christ kata theologia and kata oikonomia. Unless we can distinguish God’s eternal being from his free action, we will always be in danger of the Arianizing error of taking the Son’s condescension to be definitive of his nature.

To trace the exegetical warrant for this distinction, it is not enough to take up the New Testament and look through it for occurrences of the Greek words theologia and oikonomia. For one thing, the first term in the pair simply does not occur in the New Testament, and even if we were willing to compound it from its parts (ta logia tou theou, Rom 3:2; Heb 5:12, etc.), it would not refer to deity as such (as it does in the patristic usage) but to the word of, or about, deity. And if we then cast about for another word or phrase in the New Testament that did refer to deity (perhaps theotetos, or pleroma tes theotetos from Col 2:9), we would be getting further off the scent of our quarry. What we want is not the particular words, or functional substitutes for the words taken in and of themselves, but the distinction marked by their pairing. If we go looking for the exegetical warrant for the patristic distinction between theologia and oikonomia, what we are asking is whether the Bible itself makes the judgment that God is one thing and his works are another, even in Christ. We want to know if Scripture teaches us to think of a relationship between the reality of God’s own being and the entire scope of God’s gracious actions toward creation.

If Scripture does so, what we are glimpsing in the pairing of theologia and oikonomia is an astonishing doctrinal vista. Our attention is drawn to the fact that the transcendent God, in all his mystery and ineffability, stands behind the central actions of salvation history, and that these actions of salvation history, if grasped as a single differentiated whole with an inner integrity binding its integrated parts, is a free and gracious manifestation of God. The relationship limned by the theologia-oikonomia distinction is too comprehensive to be just one of the many things made known in the Bible. It points to the central theme of all of Scripture: that God is with us to be our salvation in the work of Christ and the Spirit, and that we know the true God by knowing the Son and the Spirit sent by the Father.

Is it helpful to ask what particular words the Bible itself uses when it wants to indicate this relation? Should we ransack the Scriptures in search of a term that means “God in himself” and see if it is brought into significant relationship to a term meaning “the entire history of salvation?” Alert readers could certainly be urged to keep an eye out for such formulations; a major claim like the one we are describing must show up in numerous particular forms in Scripture, in addition to being a kind of mega-claim that suffuses the whole. But the vastness of the topic tends to produce an unmanageably wide variety of forms of speech. Among the terms we would have to include are terms like “all that the prophets have spoken,” “the full counsel of God,” and a host of less conspicuous terms like “your law.” When Moses asks to see God’s glory, God permits him instead to see his passing by: this would make an awkward set of terms to try to use in theological communication, but the theologia-oikonomia judgment itself is concealed here in narrative idiom. But who could ever be sure they had put their finger on all of the ways that the Bible alludes to the presence and perfection of God? Is it going too far to say that every instance of divine self-naming in Scripture underlines the identity of God in himself, or that the frequent distinctions between “heaven and earth” draws attention to the difference we are describing, or that the way Paul belabors the word “all” (consider Colossians 1:16-20) is a way of summarizing the entire scope of reality that stands over against Christ as God?

A handful of terms do in fact emerge from the plenitude of Biblical ways of talking and present themselves as leading candidates for answering the question of how Scripture speaks when it wants to direct our attention to the entire scope of salvation history (and, by the way, “salvation history” is not one of the terms). The word “covenant” takes on a prominence by virtue of its use in crucial sections of the Biblical story. The word “mystery” also emerges as a key word the Biblical authors use to refer to the underlying unity that explains all God’s acts in history. And even the word oikonomia (which, unlike theologia, does appear in the New Testament) shows signs of being loaded with some such meaning.

Consider Ephesians 1:9-10, where Paul praises God for “making known to us the mystery of his will, according to his purpose, which he set forth in Christ as a plan for the fullness of time, to unite all things in him, things in heaven and things on earth.” That little word translated “plan” is oikonomia, which in the context of Ephesians 1 indicates a comprehensive scope of divine action, which includes Father, Son, and Spirit, takes place in past, present, and future, and is repeatedly said to bring about the praise of the divine glory and grace. By itself, and narrowly considered, the word oikonomia does not bear the same meaning it will take on in the later Greek patristic tradition. It does not lean toward a focus on the incarnation of Christ, or indicate the two natures of the God-man. And it is certainly not paired with theologia in order to mark the relationship or contrast. But in this context of the sprawling specimen of praise that is the opening of Ephesians (the full sentence sprawls from 1:3-14), the oikonomia here is in fact something like “the entire divine plan of salvation as conducted by God's wisdom" as an awe-inspiring manifestation of who God eternally is in himself: the Father who blessed, the Son who is beloved, and the promised Spirit who seals believers.

Oikonomia, in other words, does seem to be used by Scripture, in at least this one case, in a way that could lead directly to its patristic usage. But the theologia-oikonomia pairing does not depend on the fact that one of its component words is locatable in the text of Scripture. The distinction it marks, and the judgment it renders about God’s being and act, is exceedingly broad, and finds expression in the total witness of Scripture to the fullness of God’s being and the unity of salvation history.

Fred Sanders
Fred Sanders is Professor of Theology at Biola University's Torrey Honors Institute. He has an MDiv from Asbury Theological Seminary and PhD from Graduate Theological Union. He is the co-editor of Christology, Ancient and Modern and Advancing Trinitarian Theology, and author of The Triune God. His new online course on the doctrine of the Trinity is also now available.
Next Post
Why Are Jesus' Genealogies in Matthew and Luke Different? 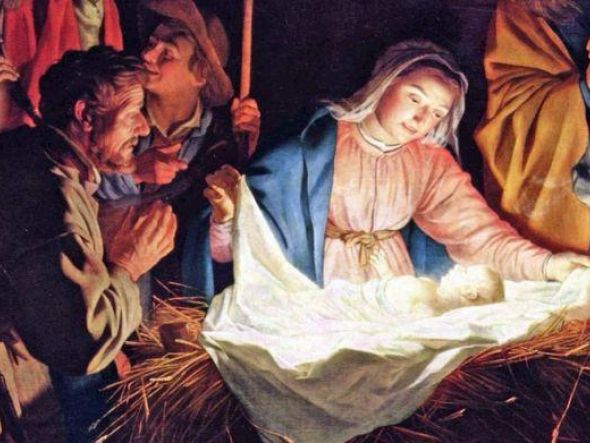 Why Are Jesus' Genealogies in Matthew and Luke Different? The birth narratives in both Matthew and Luke help answer the question, “Who is Jesus and where did he come from?” One o...
Your form could not be submitted. Please check errors and resubmit.