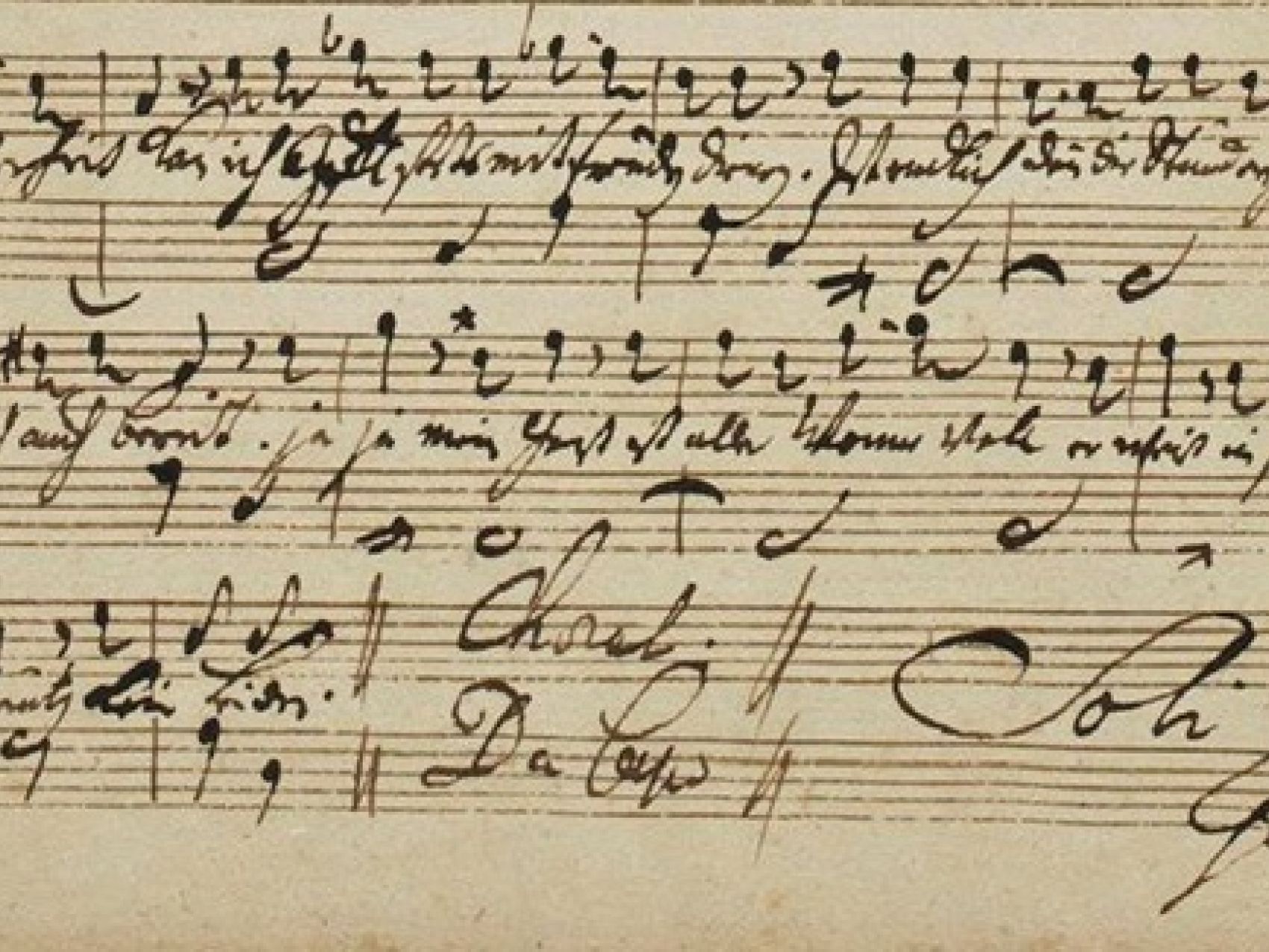 For Zondervan’s 5 Solas Series, editor Matthew Barrett invited David VanDrunen of Westminster Seminary (CA) to elucidate this reformation theme for the evangelical church today. In God’s Glory Alone, the Majestic Heart of Christian Faith and Life (Zondervan 2015), VanDrunen offers an adept and accessible discussion of how the magisterial reformers attended to God’s glory alone theologically, and why they did so biblically, and to what end ecclesially, ethically and pastorally. In this last third, VanDrunen delivers on the series’ subtitle: What the Reformers Taught . . . and Why It Still Matters. Throughout his discussion, VanDrunen gestures to the primary works and secondary studies of later theologians who reinforce and contextualize the reformational theme of God’s glory (e.g., regarding the natural order and its revelation of God’s glory, Susan Schreiner’s The Theater of His Glory: Nature and the Natural Order in the Thought of John Calvin [Durham: Labyrinth, 1991]).

1) The first classic is the Gloria Patri, referred to liturgically as The Lesser Doxology. At the time of the Reformation, even in reforming assemblies, ascribing glory to God alone with these glory-words was commonplace in the worship of the church and the private devotion of believers. After an Old Testament psalm or a New Testament canticle was read, a worshiper voiced aloud, whether in Latin or the vernacular (here from The Book of Common Prayer): “Glory be to the Father and to the Son and to the Holy Ghost. As it was in the beginning, is now, and ever shall be, world without end. Amen.” In North America in the mid-nineteenth century, two similar musical settings appeared and became ubiquitous in Protestant hymnals. One setting was prepared by Charles Meineke (1844) and the other by Henry W. Greatorex (1851).

The final form of the Gloria Patri was forged in the fires of early Christian controversy over the divinity of the Son and the divinity of the Holy Spirit. The conjunctions “and” and “and” rather than the prepositions “through” and “in” are thanks to Basil the Great (On the Holy Spirit). Knowing well lex orandi, lex credendi, Roman Catholic theologian Nicholas Ayo beautifully narrates the history and exegetes the theology of this little doxology in Gloria Patri: The History and Theology of the Lesser Doxology (University of Notre Dame Press, 2007). VanDrunen’s words capture Ayo’s reflection: “In God’s glory is our dignity. In God’s glory is our delight. Our glorification lies in ascribing all glory in heaven and earth to him” (VanDrunen, 19).

Incidentally, The Greater Doxology is the second of the ordinary parts of the Mass. It begins Gloria in excelsis Deo. In 1525 Nicholas Decius translated this ancient Latin hymn (4th century) into German verse, Allein Gott in der Höh (“All Glory Be to God on High”). It, too, is included in hundreds of Protestant hymnals. Numerous musical settings of these two glorias have been generated by the global church.

2) Speaking of lex orandi, lex credendi: In 1989 Catherine Mowry Lacugna published an article in Studia Liturgica entitled “Can Liturgy Ever Again Become a Source for Theology?” Nearly a decade prior, Geoffrey Wainwright proved his own Methodist response with Doxology: The Praise of God in Worship, Doctrine, and Life: A Systematic Theology (Oxford University Press, 1980). Does one encounter soli Deo gloria? Not perhaps in so few words, but this impulse is unmistakable, as when Wainwright writes: “[R]evelation maintains the superiority of God: if he reveals himself, it is by grace. In the biblical religions, the divine self-revelation is intended to benefit humanity. God wishes to share his glory. This very generosity is indeed his own greater glory. Thus creation, and a creation destined to receive and render God’s glory, is ultimately ad majorem Dei gloriam” (34).

3) The final “classic” to be set forth is a devout Lutheran, Johann Sebastian Bach, the man and his music. Devout? According to one biographer, Calvin Stapert, detractors may “maintain that Bach’s religion was simply ‘pro forma.’ … But such a view has to be maintained in the face of much that contributes to—and little, if anything, that points away from—a portrait of Bach as a devout Lutheran believer whose life and work were dedicated to the glory of his God and the well-being of his neighbor” (J. S. Bach [Oxford: Lion Hudson, 2009]). Bach did not shy from inscribing many of his works—both sacred and “secular”—with the abbreviation S.D.G., Soli Deo Gloria. Bach dedicated other works in German rather than Latin, as, for example, The Little Organ Book, a collection of 45 Lutheran chorale preludes ordered according to the Liturgical Year. On its title page, a rhyming couplet commits the volume to God’s glory and neighbors’ edification. Bach’s earnest to glorify God alone and build up his neighbor is fashioned literally into the mechanics of his compositions: time signatures and rhythms and melodic flourishes and accidentals and pedal points and instrumentation and numbers of voices and total numbers of measures in a single composition … for Bach, all such detail may combine to proclaim the gospel and manifest the content of faith. By his devotion and with his music, Bach inhabits soli Deo gloria.

Stirred by the Spirit, each of us, each in our own faithful way yet together as one in Christ, is invited to do the same.

****
Rev. Dr. Sue A. Rozeboom (PhD, the University of Notre Dame) is Assistant Professor of Liturgical Theology at Western Theological Seminary in Holland, MI. She is the co-author, with Cornelius Plantinga, Jr., of Discerning the Spirits: A Guide to Thinking about Christian Worship Today (Eerdmans, 2003) and an essay on John Calvin’s doctrine of the Lord’s Supper in Calvin’s Theology and Its Reception edited by J. Todd Billings and I. John Hesselink (Westminster John Knox Press, 2012). Her reading, research, and teaching interests are in the areas of the history of Christian worship, the work of the Spirit and Christian worship, and enriched sacramental theology for refreshed sacramental practice.

****
Common Places is a regular column on the Zondervan Academic blog with a focus on systematic theology. The loci communes or “common places” of Christian theology, drawn out of the Scriptures and organized in a manner suitable to their exposition in the church and the academy, have functioned historically as common points of reference for theological discussion and debate. This column will focus upon the classical loci of systematic theology, not as occasions for revision, but as opportunities for entering into the ongoing conversation that is Christian systematic theology. We invite you to join and dialog with us on the first and third Thursdays of every month. For more about Common Places, read the column introduction. Learn more about David VanDrunen’s book, God’s Glory Alone: The Majestic Heart of Christian Faith and Life. Get it at Amazon, Barnes & Noble, ChristianBook, or iBooks.

Rev. Dr. Sue Rozeboom
Rev. Dr. Sue A. Rozeboom (PhD, the University of Notre Dame) is Assistant Professor of Liturgical Theology at Western Theological Seminary in Holland, MI. She is the co-author, with Cornelius Plantinga, Jr., of Discerning the Spirits: A Guide to Thinking about Christian Worship Today (Eerdmans, 2003) and an essay on John Calvin’s doctrine of the Lord’s Supper in Calvin’s Theology and Its Reception edited by J. Todd Billings and I. John Hesselink (Westminster John Knox Press, 2012). Her reading, research, and teaching interests are in the areas of the history of Christian worship, the work of the Spirit and Christian worship, and enriched sacramental theology for refreshed sacramental practice.
Next Post
How to Apply the Bible to Your Life in Four Steps
How to Apply the Bible to Your Life in Four Steps One hallmark of biblical interpretation is the meant-means distinction: we need to determine what the Bible meant (to th...
Your form could not be submitted. Please check errors and resubmit.