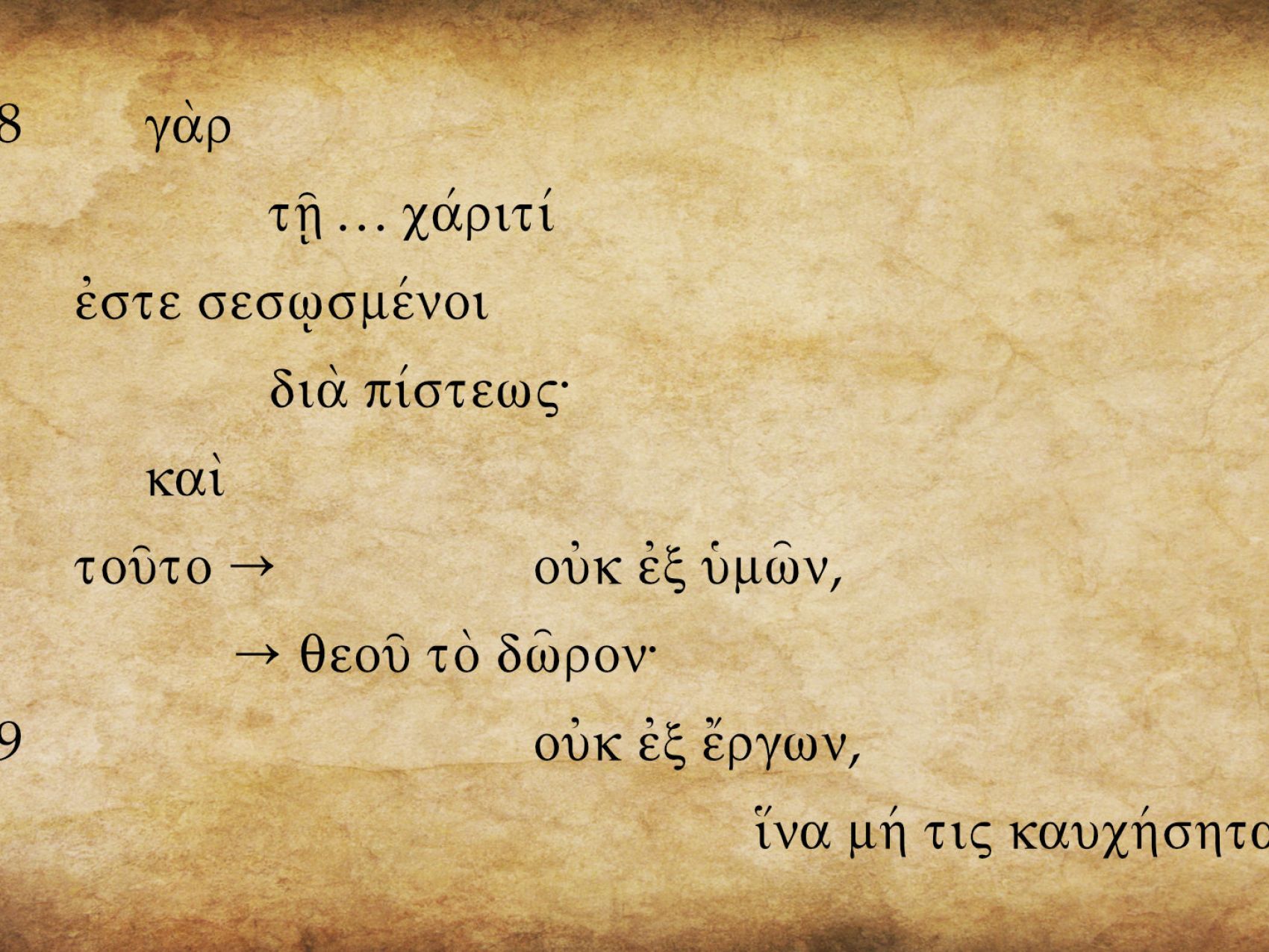 There is meaning in Greek word order, but it is normally so nuanced that it can’t come out in translation. Ephesians 2:8–9 is one of the rare exceptions, illustrating how to emphasize a word or phrase by changing its normal position in the sentence. You can also watch this vlog on YouTube.

Since Greek does not use word order to determine meaning as we do in English, it is available for other purposes. “Normal” word order is “conjunction — verb — subject — direct object,” but it occurs so rarely that it is hard to find an example. Matt 9:35 reads, καὶ περιῆγεν ὁ Ἰησοῦς τὰς πόλεις,” “and he went through Jesus the cities.”

If you want to add a slight emphasis to a word, you put it out of its “normal” order, usually moving it forward, even to the front of the sentence. English rarely is able to convey the emphasis, but in Eph 2:8–9 it can. Word-for-word Paul writes, “by grace you have been saved.” Preceding the verb with a prepositional phrase is understandable in English and accurately reflects the significant emphasis on “grace” in this verse.

As you look further, you can see a more subtle example of emphasis. “It is the gift of God” is word-for-word, “of God the gift” (θεοῦ τὸ δῶρον), the emphasis being on “God” more than on the “gift,” which parallels nicely with the following contrast “not of works” (οὐκ ἐξ ἔργων). This, however, is so subtle that you can’t express it in English.

In 2:9 the nuance is so slight that you just pass over it. In the phrase, “so that no one may boast” (ἵνα μή τις καυχήσηται), the subject precedes the verb.

Language is full of nuances. Caution is urged at being too specific in your translation and teaching.

As far as Greek grammar is concerned in this verse, there are two things worth pointing out. ἐστε σεσῳσμένοι is a periphrastic perfect. Originally, periphrastic constructions were created to emphasize the continuous aspect of the verb, but that distinction has generally fallen into disuse by the Koine, so it is translated as a simple perfect: “have been saved.”

Also, did you see that τοῦτο is neuter? What is its antecedent? Both χάριτι and πίστεως are feminine. When Greek wants to refer back to an idea in general and not so much a single word, it uses the neuter. So Paul is saying that the entire salvation process, along with grace and faith, is a gift from God. As Paul says in Titus 3:5, “he saved us.” We do not save ourselves; we do not earn salvation through works of the law. The entire process is a gift. 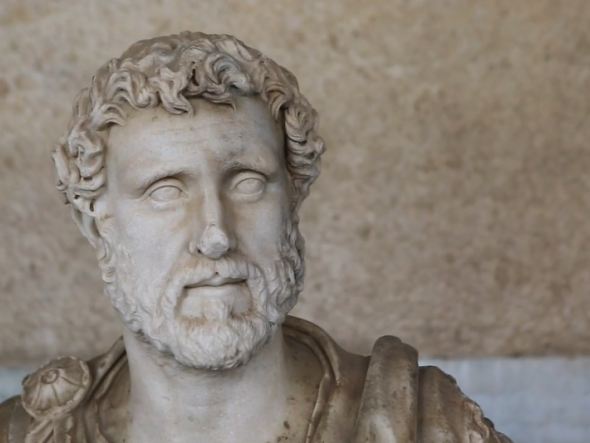 Life after Death: the Afterlife in Greco-Roman Antiquity The New Testament arises from a specific cultural context. Since we live in a post-New Testament world, it can be diffic...
Your form could not be submitted. Please check errors and resubmit.