Hebrew and You with Lee M. Fields — The Ten Commandments: Permanent No-No’s 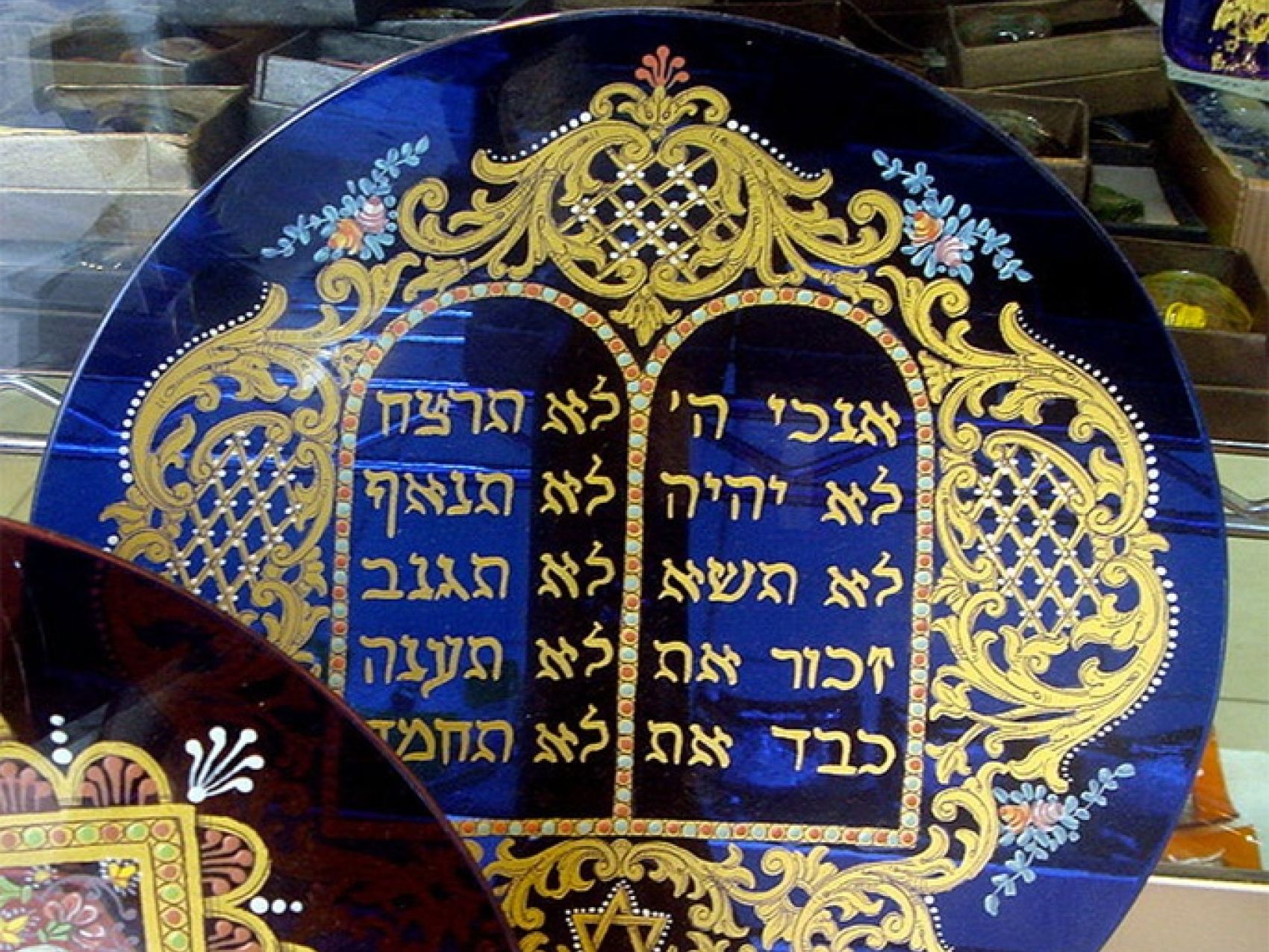 This post is on one simple point: the prohibitions in the Ten Commandments. I begin by analyzing some English grammar, then some Hebrew grammar, and then finally we will get to the point, which is based on the previously covered grammar.

Commands are easily analyzed; it is simply the imperative form of the verb without the “you” subject expressed. Compare the following (S + a number is the sentence number):

S1 is in the Ind mood; it is simply an assertion. Notice that the subject, you, comes before the verb. S2 and S3 are both in the Imv mood. S2 is most common way we make commands today. Notice that the only difference from S1 is that we drop the pronoun you; this is why the subject of every English command is an implied you. S3 differs from S1 in that the word order of subject and verb are reversed, a common way of forming an Imv in the KJV.

In modern English prohibitions (negative commands) are formed in two ways. Perhaps most common today the structure is the imperative (command) of the auxiliary verb do + not + the infinitive. So for example:

In S4 the do sets the mood and the subject of the verb: the verb is a command (Imv) and it has an implied subject of “you” just as in S2. The infinitive is complementary (i.e., it completes the auxiliary verb by giving the actual content of the command).

In earlier English and even in more formal expressions, the imperative of the verb is given without the auxiliary verb do:

The main point is that in English we make prohibitions simply by adding the negative adverb not to the Imv form of the verb.

As a quick review, recall that there are the indicative forms qatal (a.k.a. Perfect), denoting normally both past time and completed action and indicative (portraying reality), and yiqtol (a.k.a. Imperfect), denoting habitual or open-ended aspect and/or future time and/or modal (potential) mood (see Randall Buth, Living Biblical Hebrew: Selected Readings with 500 Friends [Jerusalem: Biblical Language Center, 2006], 137–38, and Jan Joosten, The Verbal System of Biblical Hebrew [Jerusalem: Simor, 2012], 17–18). The participle too can be used completely as a verb denoting continuous aspect, present time, and indicative mood. Perhaps a chart summarize a portion of the Hebrew verbal system would be helpful: Hebrew also has a set of volitional forms, verbs involving the imposition of the will of one person upon another, or even on oneself: cohortative (1st person), imperative (2nd person), and jussive (3rd person).

In an earlier post we explained that Biblical Hebrew has two different words for no with finite verbs: לֹא (lōʾ) and אַל (ʾal). לֹא is by far the most common. In that post we saw that the negative אַל serves to negate specific actions. On the other hand, the negative לֹא is the more general negation.

What may be surprising to English speakers is that when making prohibitions (negative commands), unlike English, Hebrew does not simply add the word not to an imperative. Instead the negative אַל is used with jussive forms. Jussives are the normal 3rd person volitional form, but they can occur in the 2nd person indicating a command, or rarely in the 1st person. The negative לֹא is used the Imperfect (yiqtol) form.

The main point is that לֹא with the yiqtol may function in either of two ways: (1) as the simple negation of a future action, e.g., לֹא אֶעֱשֶׂה, “I will not do (it) …” (Gen 18:30), or (2) as the general prohibition, i.e., one that is not limited to a specific situation. Both of these are consistent with the open-ended nature of the yiqtol.

“Nevers” in the Ten Commandments

In the two accounts of the Ten Commandments, Exod 20:2–17 and Deut 5:6–21, the negative אַל does not occur. The word not in the Ten Commandments is always לֹא with the yiqtol (Imperfect). These commands do not have any specific occasion in mind, but are meant to prohibit these behaviors in principle.

What are the universal prohibitions for God’s covenant people (Exod 20:3–19, NIV)?

These are not limited to a specific situation, but are to be observed at all times. A way to bring the universal application of these commandments in English would be to use the word “never”: “You shall never have other gods before me.” In the context of the Ten Commandments, this concept is easily understood. Knowing some Hebrew, however, allows you to make a distinction where Hebrew makes it.

The Bible teaches that people cannot be saved by keeping laws, but by faith (see Deut 7:7–9; Isa 55:1–3; Rom 5:16–17; Eph 2:8–10). However, pleasing God is the necessary result of God’s redeeming us; we are saved for good works (Eph 2:10). The principles taught here are still true for us his people. In upcoming posts, we will look at a few more features of these Commandments.