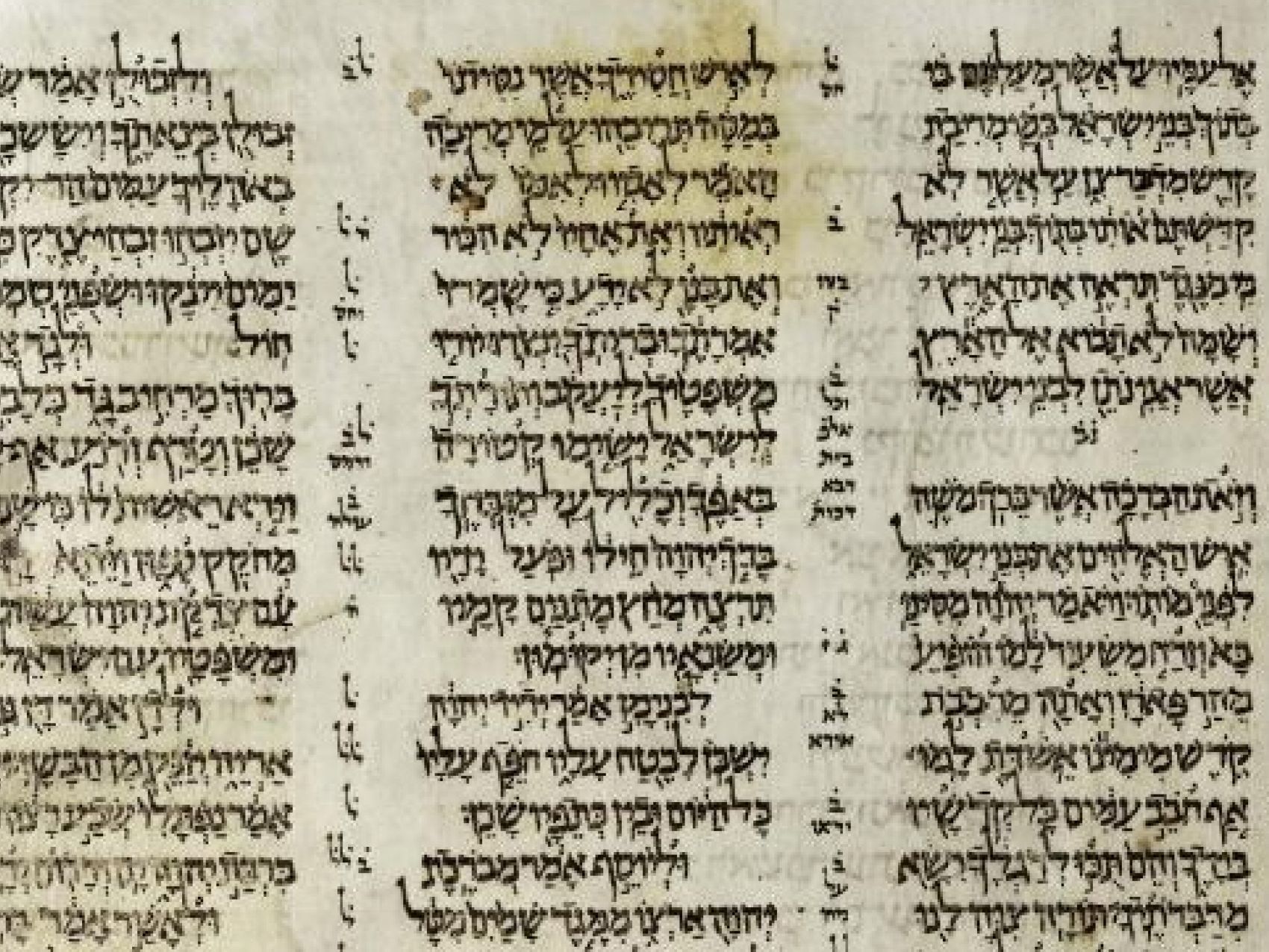 One of the clear indicators of a difficult passage is when the versions vary. Zechariah 9:1 is a good example. Let’s look at some popular translations. (1) In the first half of 9:1 the versions are in basic agreement, though the treatment of the “resting” differs. The NET paraphrases, “with its focus on.” The ESV and NASB95 render the Hebrew noun מְנֻחָתוֹ (menûḥātô), “its resting place,” as a noun and add the verb is, while NIV and NIV84 render it as a verb making the is unnecessary. In Hebrew, this is a verbless clause (or noun clause); i.e., the verb “to be” did not need to be expressed, though English requires a verb.

(2) The biggest difference is at the end of the verse beginning with “for the eyes” (NIV), another verbless clause. The NIV, NIV84, NASB95, NET, and NLT are in close agreement. In all of them the “eye” belongs to humankind and (especially) to Israel, and their gaze is directed to the Lord. The meaning of this would apparently be to look to the Lord in anticipation.

On the other hand, according to the ESV the eye belongs to the Lord, and it is his gaze that is directed toward humankind, especially Israel. This is supported by the ancient Greek translation (Septuagint, or LXX), “wherefore the Lord looks upon men and all the tribes of Israel,” and by the ancient Aramaic translation (Targum) and the Syriac Peshito, “because before the Lord are revealed the works of the sons of man ….”

The difference between whose eye it is and what purpose for gazing is significant. How do we decide which interpretation is best? Do we count the number of versions that have the same view? It is better to look at the Hebrew to figure out why the translations differ.

For the clause in question the table below gives the Hebrew text, transliteration, and translation of each word (remember to read even the English right to left):

Qualities of Nouns in Construct State

All of the translations but the ESV take the Genitive as subjective, namely, the tail noun becomes the agent of the action implied by the head noun.The head noun is עֵין; the tail noun is אָדָם. All the versions take the noun eye as a figure of speech. By metonymy (the exchange of one noun for another that has a logical connection to it) the eye, being normally the cause of seeing, becomes the effect, namely, the seeing itself or what is seen. Consequently, the head noun, eye, becomes a noun of action. The tail noun, then, is either the doer (or the agent, a Subjective Genitive) or the recipient (or the patient, an Objective Genitive) of the implied action.

If the ESV is right that the preposition ל in לַיהוָה indicates possessor, then the tail noun, אָדָם, cannot mean possessor and must have some other relation. The tail noun then is the object that is seen, what many grammarians call an Objective Genitive. An expanded paraphrase would be, “To the Lord (belongs) the eye (that sees) humankind and all the tribes of Israel.”

We have seen that the ESV rendering, though reversing the identities of the seer and the seen in comparison with the other English translations examined, is quite possible. If both understandings are grammatically possible, how does the reader determine which is most likely?

Zechariah 9:1 begins a new unit in the book. Chapters 1–8 were visions; chapters 9–11 and 12–14 are each called a מַשָּׂא (maśśāʾ), “burden, oracle.” These chapters are the utterances lifted up by the prophet speaking the word from the Lord. Chapter 9 begins with judgment on the enemies of Zion. The nations’ looking to the Lord expectantly does not seem to fit. The interpretation of the ESV fits the context better. The meaning would be that the Lord sees the sinfulness of all. Because of what he saw, he sends a message of judgment on the enemies of his faithful people.

The Lord is still watching today. He still sees the wickedness of his enemies. Judgment will befall them. In 9:9 Zechariah begins the promise of the coming of the king, the Messiah, which would start a new age. This age began with the first coming of Christ. In our day we await the return of Christ. At that time there will be ultimate judgment on God’s enemies and inexpressible rejoicing by God’s people. Until then, however, the role of God’s people differs from that of ancient Israel. They brought the Messiah into the world the first time; God’s people today await his second coming. In the meantime, we carry God’s message of salvation to those enemies, so that they can with us escape destruction we used to fear and join us in the joy of Christ’s return. The eye of the Lord is on all people.