How Can We Affirm Christ's Exclusivity in Our Pluralistic World? — An Excerpt from "Their Rock Is Not Like Our Rock" Twenty-first century America is wholly unlike twentieth century America, particularly in its ethnic, cultural, and religious makeup. Differences are no longer between North and South, East Coast and West Coast; among the Irish, Germans, and Italians; or between Catholics and Protestants.

Differences are of a global, plural nature. Such plurality often leads to confusion and is increasingly mixed with terror.

Within this pluralistic climate how can we evangelical Christians continue to affirm and maintain the exclusivity of Jesus Christ as the way, the truth, the life, the Lord?

In his ambitious, cogent new book Their Rock is Not Like Our Rock, Daniel Strange answers our question and outlines both helpful and unhelpful ways to respond to pluralism. The excerpt below provides some insights into this climate and such responses, urging Christians to "both defend and proclaim Christian exclusivity with what might be called a ‘bold humility.’" (28)

Add Strange’s work to your reading list if you are looking for a thoughtful way to engage our pluralistic world without jettisoning Christ’s exclusivity.

The post 9/11, 7/7, multi-ethnic and multicultural Britain in which I live is indeed often very strange, leaving many evangelical Christians bewitched, bothered and bewildered by the tremendous contrasts presented to them. Starting with the positives, certain aspects of plurality are not to be feared but rather celebrated as a blessing from the triune God whose very being is characterized by diversity in unity and unity in diversity. Ecclesiologically, many like me will have been edifyingly challenged and enriched from being part of local multi-ethnic church families which at their best demonstrate the rich diversity of gospel expression as opposed to what could be a bland mono-ethnic uniformity. However, at the public level confusion often abounds as we try to make our way in a society that imagines and then creates cultural artefacts such as ‘winterval’, and ‘mega-mosques’. Such confusion is increasingly mixed with terror, be it a terror attack in Woolwich, London, together with the almost inevitable reprisals over the following days, or those simply terrified by such events and who just cannot believe such things can be happening in our green and pleasant land. At an international level conflict and casualties continue in Afghanistan, and as I write, the Middle East situation is as volatile as ever, with Syria and Egypt taking their turn in the spotlight. Our media networks not only look on with incredulity and frustration but often look down with disdain, calling for ‘solutions’, ‘peace’, ‘tolerance’ and ‘security’.

In a fevered climate such as this, for us as evangelical Christians to continue to defend and proclaim the uniqueness and exclusivity of Jesus Christ as the way, the truth and the life, as the only name under heaven by which we must be saved, and as the ‘reconciliation of all antitheses’ often appears to those both inside and outside the church as exacerbating misunderstanding, marginalization and oppression. Both intellectually and morally such claims – sounding naive, offensive, arrogant and imperialistic – are an apologetic embarrassment in communicating Christian truth to its late-modern cultured despisers. For in liberal Western culture generally there continues to be a deep implausibility structure regarding such claims, with ‘defeaters’ being legion. Despite strong sociological support that testifies worldwide to the withering of secularization and the flourishing of sacralization, the catch-all term of ‘religion’ into which we are often unceremoniously dumped continues to be seen by many (at the level of both popular conversation and academic discourse) not as the solution, but as the problem. Far from being a blessing, we are seen as an instantiation of the curse.

What may be worse still, though, is that we have become an irrelevance. For many we are simply religious relics, an uncomfortable memory of a more primitive religiosity now reinterpreted as the times of ignorance and infancy when Christians did not know any better because they did not know other religions any better. To put it another way, in the world we are told we all want, which lauds inclusive plurality, equality, tolerance and peace, and in the story that we tell ourselves about who we are, where we have come from and where we are going, a perceived ‘exclusive’ Christianity is at best given the role of the villain – worse, given the role of the pantomime villain (because militant Islam has taken the part of the real villain) or, even worse still, is not even deemed worthy to have a part in the story, even a bit part. The legacy of the gospel’s impact on Western culture has been airbrushed out.

As evangelical believers, who continue to affirm the ‘scandal of particularity’, how do we respond in such a hostile context? While we may not succumb to the siren of pluralism, there remain some unhelpful responses that do us little good. The first could be called ‘timid acquiescence’. While we believe in the exclusivity of Jesus Christ, when faced with criticism of such views we either downplay exclusivity completely or affirm it, but rather apologetically and with not a little embarrassment. The second could be called ‘bold arrogance’. Here there is a tendency when questioned simply to trot out verses like Acts 4:12 and John 14:6 with little explanation or apologetic defense (because we don’t have one), or to give the impression of ‘self-righteousness’, implying we have achieved total enlightenment on these issues and that there are simple and easy answers when it comes to this topic. We use a machete to bludgeon when what is needed is a scalpel to subvert. While these approaches may be doctrinally orthodox, none are winsome or persuasive. Perhaps a better approach, and one in keeping with the tenor of much apologetic teaching in the New Testament, is one that both defends and proclaims Christian exclusivity with what might be called a ‘bold humility’, a stance that seeks first to understand the world of religion and religions through a biblical worldview before then applying unique and satisfying gospel truth to a world of pseudo-gospels that promise much but can never ultimately deliver. We are to give a reason for the hope that we have, but to do so with gentleness and respect (1 Pet. 3:15). In other words, fortiter in re, suaviter in modo (boldly in action, gently in manner). (pgs. 26-28)

Jeremy Bouma
Jeremy Bouma (Th.M.) has pastored on Capitol Hill and with the Evangelical Covenant Church in Michigan. He founded THEOKLESIA, which connects the 21st century Church to the vintage Christian faith; holds a Master of Theology in historical theology; and makes the vintage faith relevant at jeremybouma.com.
Next Post
The Most Significant People, Places, and Events in the Bible: Joseph 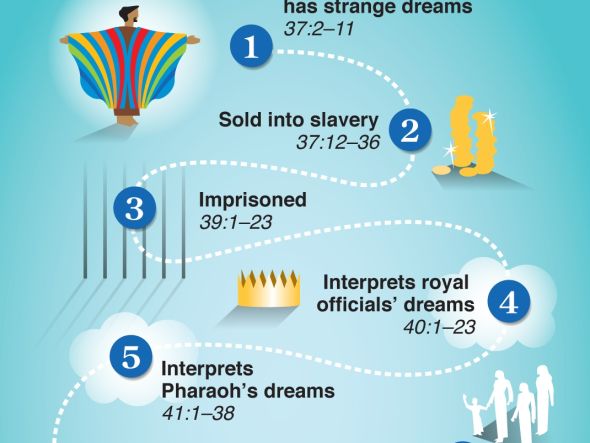 The Most Significant People, Places, and Events in the Bible: Joseph If you've been a teacher or pastor for long, you know that people learn in different ways. In fact, much human understan...
Your form could not be submitted. Please check errors and resubmit.