Chris Castaldo is often asked whether Catholics “are going to heaven.” He typically responds that only God knows anyone’s soul, before saying that a number of Catholics are genuinely born again, while others have not personally appropriated the gospel.

It’s among these people Castaldo is compelled to share the good news. He’s also compelled to help Evangelicals talk with them about the gospel.

In his new book Talking with Catholics about the Gospel Castaldo provides an easy-to-follow introduction to basic Catholic belief and practice, equipping Evangelicals for more fruitful spiritual conversations.

Castaldo says John 1:14 should be at the forefront of our reflection: “The Word became flesh and made his dwelling among us…full of grace and truth..”

How do you share the gospel with Catholics? Two words: grace and truth.

Read the excerpt below to understand how Christ’s embodiment of these two virtues should guide how we talk with Catholics about the gospel.

This book is about communicating the good news of Jesus Christ among Roman Catholic friends and loved ones. Saying this, however, raises the question of the purpose of such communication. Am I suggesting that we target Catholics for evangelism because they are categorically unsaved? Before I answer this question, let me say a few words about the perspective from which I am coming.

I write as an evangelical Protestant. I am not among those who consider the Roman Catholic Church to be a cult. I regard it as a legitimate Christian tradition, unlike, for instance, the Jehovah’s Witnesses and the Church of Latter-Day Saints (Mormons), because Catholicism subscribes to the Apostles’ and Nicene Creeds. I also contend that there are valuable lessons that evangelical Protestants can learn from our Catholic friends. But with regard to the biblical gospel, I believe that the Catholic Church has complicated and confused the faith by which one believes in Christ and is saved.

I am commonly asked whether I believe Catholics “are going to heaven.” I typically respond by saying that only God has infallible insight into the condition of someone’s soul: “People look at the outward appearance, but the Lord looks at the heart” (1 Sam. 16:7). I then state that, in my estimation, there are a good number of Catholics who are genuinely born again, some of whom are my friends. On the other hand, many Catholics don’t seem to know Christ (of course, this is also true of many Protestants). Such people may possess certain pieces of Christian tradition, but they have not personally appropriated the gospel — “that Christ died for our sins in accordance with the Scriptures, that he was buried, that he was raised on the third day” (1 Cor. 15:3 – 4). Among such people, we are compelled to share the good news.

There is another reason why we must articulate the good news among Catholics. It is the same purpose behind gospel communication in our Protestant churches each Sunday morning; or for that matter, it is the reason why I must preach to myself every day. Because the gospel is bigger than the moment of one’s conversion, reaching forward to define and transform all of life, we must remind one another that Jesus Christ is Lord (2 Cor. 10:3 – 5; Col. 3:16). It is the enterprise of encouraging and exhorting ourselves to love Christ and hate sin, as it says in Hebrews 3:12 – 13: “See to it, brothers and sisters, that none of you has a sinful, unbelieving heart that turns away from the living God. But encourage one another daily, as long as it is called ‘Today.’” Thus, sharing the gospel with Catholic friends or family does not presume to judge the authenticity of their faith. Rather, it highlights the vital importance of proclaiming salvation to the world as a matter of our evangelical identity.

But how do we do it? The following text of Scripture, in my humble opinion, should be at the forefront of our reflection: “And the Word became flesh and dwelt among us, and we have seen his glory, glory as of the only Son from the Father, full of grace and truth” (John 1:14 ESV, emphasis added). With a balance that can only be described as perfect, our Lord Jesus Christ embodied the virtues of grace and truth in full measure. In every conversation our Lord responded with the utmost charity and discernment, refusing to allow a humanly engineered wedge to separate these virtues. As men and women whose identities are founded in Jesus Christ, we now pursue this same balance as a central part of our calling.

It starts by recognizing that communicating redemptive truth is an activity of grace, because such truth liberates us from sin and death. When Paul the apostle stood in the midst of the Areopagus, for instance, he first “perceived” the Athenians’ need for divine grace and then he spoke gospel truth (Acts 17:22). It would have been ungracious for Paul to withhold the message of salvation among those who needed it. So it is for us.

Grace and truth should also mark the manner of our communication. How can we preach the message of grace in a graceless voice? Not only does such communication ring hollow, it becomes, according to the apostle like “a noisy gong or a clanging symbol” — dissonant, distracting, and irritating. Therefore, our approach to witness should reflect the sacrificial love of the gospel itself.

And we communicate truth because of grace and its surpassing beauty and worth. It’s like walking from a dark cave into the bright sunshine of day. The contrast makes our eyes blink with amazement. So it is with conversion. After coming to Christ, we continue blinking, awestruck that we who were formerly lost are now light in the Lord. As years advance, our spiritual eyes begin to acclimate, but not fully. The same wonder of grace that we ourselves have received now motivates us to tell others.

Finally, concerning my particular treatment of this subject, I offer these few caveats. Because the sacraments are not at the leading edge of my theological vision, evangelical readers who are High-Church Anglican and Lutheran will occasionally have a different perspective from what I propose in these pages. It will also become obvious that I have been influenced by the Reformed tradition, particularly with respect to God’s initiative in salvation. Finally, I write with full recognition that while evangelism among Catholic friends and loved ones is urgent, it can also be difficult, as our next chapter illustrates.

Talking with Catholics About the Gospel

Jeremy Bouma
Jeremy Bouma (Th.M.) has pastored on Capitol Hill and with the Evangelical Covenant Church in Michigan. He founded THEOKLESIA, which connects the 21st century Church to the vintage Christian faith; holds a Master of Theology in historical theology; and makes the vintage faith relevant at jeremybouma.com.
Next Post
A Discerning Christian’s Guide to Apple Watch 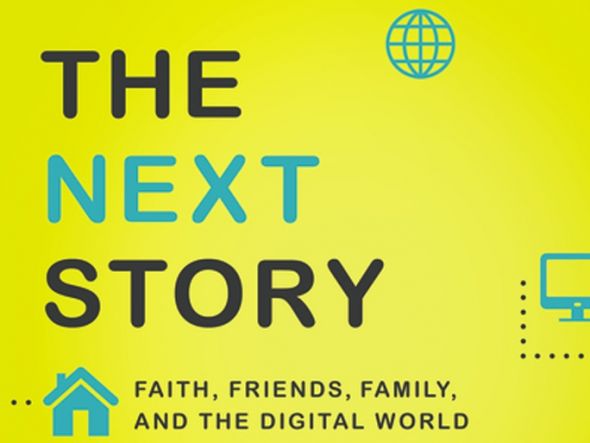 A Discerning Christian’s Guide to Apple Watch On Monday Apple unveiled more details of the latest evolutionary leap in digital technology: Apple Watch. It’s arguably...
Your form could not be submitted. Please check errors and resubmit.