If the Gospel Isn't For Everyone... - An Excerpt from People to Be Loved In an age of confusion, disillusionment, and bashing others, Preston Sprinkle speaks up with solid truth and radical love. Sprinkle exhorts us to stop thinking of homosexuality as an "issue" to fix. That does us no good, he says. If our truth or love dilemma is driving people away from the church at such a great rate, something is wrong. Sprinkle starts a better conversation in his recent release, People to Be Loved.

Eric Borges was raised in a conservative Christian home. At a young age, Eric realized he was different, and other kids at school let him know it. He endured relentless and ongoing bullying throughout kindergarten, and the rest of his elementary school years were tarnished with horror. “I was physically, mentally, verbally, and emotionally assaulted on a daily basis,” recalls Eric. This led to chronic migraines, debilitating depression, suicidal thoughts, and a whole host of other mental and physical problems. “My name was not Eric, but Faggot. I was stalked, spit on, and ostracized.” On one occasion, he was assaulted in a full classroom, and nobody intervened, not even the teacher who was present. Throughout school, Eric was treated like a monster, a sub-species of the human race. “I was told that the very essence of my being was unacceptable. I had nowhere safe to go”—not even church.

In his sophomore year of college, Eric came out to his parents; he told them he was gay. After performing an exorcism on their son, they told him, among other things, that he was “disgusting, perverted, unnatural, and damned to hell.” Later that year, they kicked him out of the house. Eric shared his story on YouTube in 2011. In the video, he encouraged other youth who have had similar experiences that “it gets better.” Having suffered in a hissing cauldron of ridicule and torment, Eric wanted to help others to find comfort and hope to pull them through the pain.

One month later, Eric killed himself.

I wish Eric’s story was an anomaly, but it’s not. Having listened to countless testimonies and looking at startling statistics, I am disheartened to say that the Christian church has often played an unintended yet active role in pushing gay people away from Christ. Sometimes away from Christ and into the grave.

An old Baptist pastor recently told me, “People will always gravitate to where they are loved. And if they don’t find love in the church, they’ll go elsewhere.” He is right. Most of my gay and
lesbian friends have diverse stories, but they are all held together by a common thread that looks a lot like Eric’s:

I was raised in the church, but everyone knew I was different.
I was made fun of, mocked, and made to feel like a monster.
When I came out, I was rejected, so I found another community where I was accepted.

A gay friend of mine leads a Bible study for gay and lesbian people at his college campus. He recently told me that all the participants of his study are hungry to know God’s Word but they are too scared to go to church. My friend didn’t say “uninterested” or “turned off” or “too busy.” He said “scared,” as in frightened. They feared they would be harassed or harmed, beat up or bullied—verbally or physically—if they stepped across the holy threshold on Sunday. Another thing they all had in common is that they had all tried to kill themselves at one point. The last place they think they would find good news worthy of life is inside the church. So they remain outside—hungry to know God’s Word yet terrified of people inside the church.

Learning about Eric’s story and many others like it has caused me to revisit the question of homosexuality. Like many of you, I grew up inheriting a Christian tradition that told me homosexuality is a sin. And for many years, I never questioned this assumption. But after hearing innumerable stories that reflect Eric’s, I began to ask myself, Am I sure we’ve got this one right? If the gospel is good news, and the church is to be the light that warms the world with this good news, then why are gay people leaving the church in search of better news? If the gospel is not good news for gay people, then it’s not good news.

As I read the Gospels, I see people drawing near to Jesus (Luke 15:1). All kinds of people. Broken people, sinful people, marginalized people, people who are clean and unclean, pure and impure. Some are befriended. Others are confronted. All of them are loved. And none walk away wanting to kill themselves. The people who are most repelled by Jesus are the religious hypocrites. As I think about the question of homosexuality, I see many gay and lesbian people repelled by the church. And so I am asking myself, Why?

Has the church handled the question of homosexuality with Christlike love? Are we sure we’ve understood what the Bible really says about same-sex relations? As you read on, you’ll see that the answer is both yes and no. (Pgs 13-15)

Read on for yourself. Pick up a copy of People to Be Loved from Zondervan Academic today. 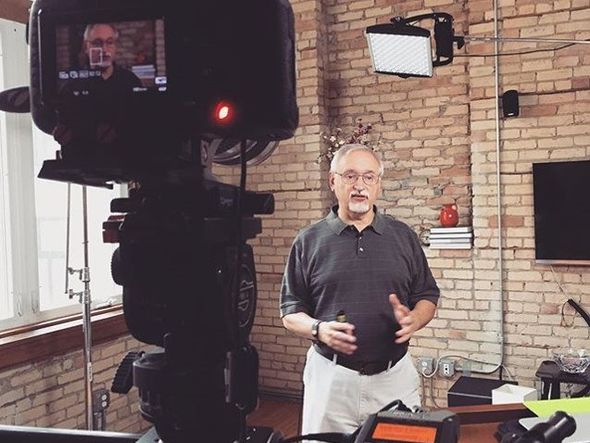 Now Available: Zondervan Academic Online Courses In the past, going to school usually required a major life change—quitting your job, moving across the country, uprootin...
Your form could not be submitted. Please check errors and resubmit.