Of Heroes and Hearsay - Hebrew and You with Lee M. Fields

Recently I heard on a Christian radio station a one-minute devotion on Gideon. The speaker began by pointing out the popularity of various comic book superheroes. Then he transitions into Scripture with the statement, “There is only one person called a hero in the Bible.” Then he quotes a passage: ‘The angel of the Lord appeared to him and said, “Mighty hero, the Lord is with you!”

The speaker created this arresting segue to hook the audience into the topic of Gideon’s being uniquely declared by God to be a hero, even though his actions in the narrative did not portray Gideon as an ideal hero. It is as though God’s declaring Gideon a hero makes him a hero able to be used by God. This is a nice devotional idea. But is the “hook” true?

The power of catchy turns of phrase is that they encapsulate an idea in a memorable way. What many listeners are likely to remember and repeat as biblical data is this catchphrase, “There is only one person called a hero in the Bible.” A quick check of the original language can allow us to make more accurate statements of biblical truth. Let’s examine this hook.

The Passage and Version Quoted

The first step is to identify the exact passage and version used.

The speaker did not cite the passage or the version, because time is at a premium in a one-minute devotion and there is a need to reduce the number of details for listeners. A Bible program (I use Logos) allows the user to find this information in a matter of seconds. The quotation was Judg 6:12 in the NLT.

Searching the English phrase “mighty hero” in the NLT reveals that sure enough: in the NLT only one human is addressed as “mighty hero,” Gideon in Judg 6:12. The only other occurrence of the expression in the NLT is Isa 42:13, but it is used to describe the Lord.

Again, a computer Bible makes quick work of this. The Hebrew in Judg 6:12 is גִּבּוֹר הֶחָיִל (gibbôr heḥāyil). One literal rendering would be, “the hero of the force.” The first word is in construct with the second word, and the article is attached to the second word. This makes both elements of the construct chain definite. (To review the construct state, please see the blogs for June, 2014, and January, 2016, or Hebrew for the Rest of Us, 119–125.) This is the only place in the Hebrew Bible in which this exact phrase occurs.

In Isa 42:13 the Hebrew is simply the word גִּבּוֹר (gibbôr), so even though the English matches, the Hebrew does not. Perhaps the segue was correct. We still need to check for the expression without the article, גִּבּוֹר חַיִל (gibbôr ḥayil).

There is still one more point to cover.

As mentioned above, the exact expression for Gideon has the article. Might that make him special somehow after all?

This is where understanding the uses of the Hebrew article is helpful (see the reference grammars). The Hebrew and English articles have overlapping functions, but they are not identical. One of the functions of the Hebrew article is to indicate a noun is used is an address, i.e., the vocative case. The English translations of Judg 6:12 all correctly translate גִּבּוֹר הֶחָיִל (gibbôr heḥāyil) as a vocative, rather than rendering the article with the. In this function, the article does not mean the noun is special or unique, just that the noun is addressed directly.

This means that Judg 6:12 is not really different from the 12 occurrences without the article.

Care Even in Illustrations

So, we learn that the hook in the devotion is not precisely correct. Besides being a general term for skilled soldiers, there are eight individuals called a גִּבּוֹר חַיִל (gibbôr ḥayil), which might all be translated “mighty hero.”

It is important both to deliver biblical truth and to do it persuasively. Gaining attention enhances the effectiveness of the presentation. But we must always be careful that even our hooks should be as accurate as they are memorable, so that when people remember the hook, they are learning something accurate.

In the end, the devotion was nicely done and made a good point: God did use Gideon in spite of his weaknesses. May we grow up in Christ to become mighty heroes of the faith.

Check out Devotions on the Hebrew Bible, co-edited by Lee M. Fields.

Lee Fields
Lee M. Fields writes about the biblical Hebrew language, exegesis, Hebrew translation, and related topics. He is a trained Hebrew scholar with a PhD from Hebrew Union College and is Professor of Bible and Theology at Mid-Atlantic Christian University. He is author of Hebrew for the Rest of Us and co-editor of Devotions on the Hebrew Bible.
Next Post
Who are the Nephilim in Genesis 6? 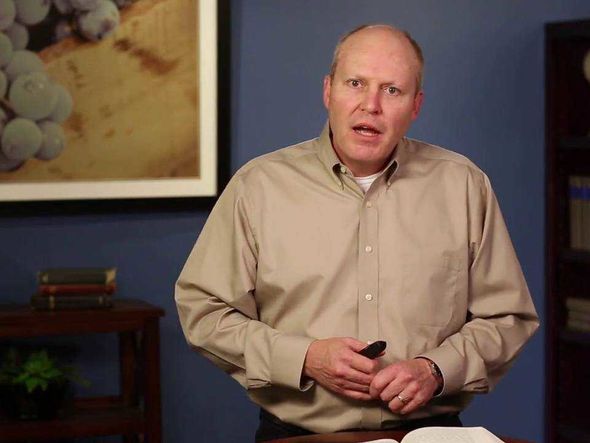 Who are the Nephilim in Genesis 6? Genesis 6:4 reads: “The Nephilim were on the earth in those days—and also afterward—when the sons of God went to the dau...
Your form could not be submitted. Please check errors and resubmit.