What Is Presuppositional Apologetics? 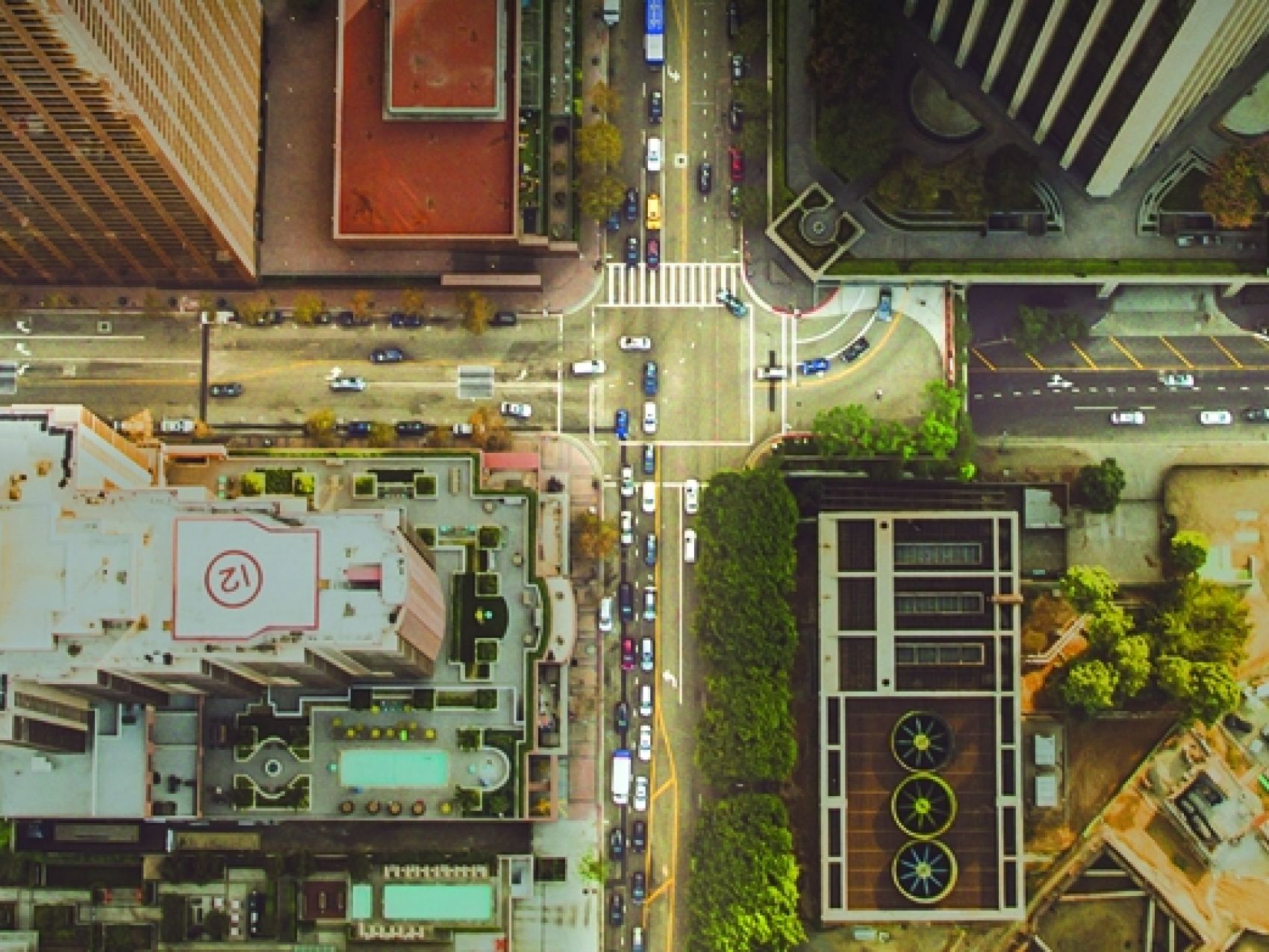 Presuppositional apologetics is one of the four main approaches to apologetics, along with classical, evidential, and experiential or narratival apologetics. Each of these approaches places a different emphasis on the roles of reason and special revelation (such as Scripture or miracles) in apologetics.

Presuppositionalists are not very optimistic, if not altogether negative, about what reason apart from special revelation can achieve. Presuppositionalism asserts that reasoning does not take place in a vacuum; rather, a person’s reasoning is colored by their presuppositions or assumptions—the lenses through which they see the world.

There is no neutral realm where reason alone exists and operates; there is no perfectly objective vantage point from which a person can see and interpret the world without presuppositions. And because non-Christians deny the true God they know exists, they reason with unbelieving and sinful presuppositions.

Cornelius Van Til, the father of presuppositionalism, argued that we can know with certainty that the Christian God exists because we must presuppose him to be rational. Thus, for many presuppositionalists, probabilistic or “best explanation” arguments are off-limits because such arguments do not do justice to the power of the Christian case and would give unbelievers an excuse for their unbelief.

According to Van Til, apologists who appeal to human reason actually inflame human sinfulness. He argued that traditional apologetics reinforces human autonomy and makes unbelievers the judge of God, when instead, as presuppositionalists assert, unbelievers should submit to God as judge. The unbeliever’s problem is not knowledge; it is submission. This view accounts for why some of the most strident advocates of presuppositionalism refuse to use forms of the evidential or classical arguments for Christianity.

What’s the point of apologetics for presuppositionalists?

The presuppositionalist, taking seriously both the corruption of human reasoning and the inability of the unregenerate to comprehend spiritual realities, sets out to undermine the very framework of non-Christian thinking.

The presuppositionalist asserts that the authority of the Bible should be the assumed starting point in apologetic discourse. As Van Til himself wrote, “The only ‘proof’ of the Christian position is that unless its truth is presupposed there is no possibility of ‘proving’ anything at all.”

The goal of this apologetic approach is to undermine a non-Christian’s worldview by demonstrating that without the Christian God, they cannot consistently claim meaning, truth, or logic—and that to the extent that they do use such things, they are only “borrowing capital” from Christianity.

This method is referred to as the transcendental argument. By questioning an unbeliever’s presuppositions and requiring them to justify their rationality, the apologist reduces their position to absurdity. Once the unbeliever realizes that their current worldview cannot provide sufficient justification, Christianity is then articulated as the only option that makes rational sense of the world.

Presuppositionalism offers an important reminder that the Word of God, rather than particular and local cultural frameworks of the day, should be the undergirding framework through which Christians view reality—charting a vision for what is good, rational, and meaningful. Scripture should be the “norming norm.”

Moreover, moral issues cannot be neatly separated from rational issues. Humans are not neutral agents out to discover God unimpeded; rather, they are sinful beings who are limited because they suppress the knowledge of God (Rom 1:18–32).

Most apologists don’t find that the transcendental argument alone has the ability to demonstrate the truthfulness of Christianity. It seems too much to ask this argument to prove the existence of all the attributes of the Christian God.

While Christianity provides a lens that makes sense of the world and our cognitive abilities, other worldviews are able to offer intelligible accounts, even though they explain less. Moreover, according to their own contrasting framework of rationality, many will find certain Christian doctrines themselves irrational (such as the full deity and full humanity of Christ existing as one person, or the doctrine of the Trinity), so the claim that their non-Christian view is irrational could easily be turned back on the apologist.

Presuppositionalists have also lacked the ability to effectively transfer their methodology and arguments to a broad audience. Often their arguments have not been articulated in user-friendly ways, and they have lacked important specifics.

It’s one thing for philosophers to argue about how to ground rationality, but it is another thing when faced with a skeptic who is raising issues about the Bible’s reliability, someone who is struggling to believe in Jesus’ bodily resurrection, or a Muslim asserting the self-attesting nature of the Quran. This is why almost all biblical scholars and practitioners, no matter their apologetic tradition, end up using a variety of both positive and negative arguments.

The way some proponents articulate this apologetics system can make it sound like a narrow, circular argument. The presuppositionalist will rightly assert that in some sense all reasoning assumes an authority, whether it be the authority of a certain kind of rationality, a methodology that bases its standards on empiricism, or, in their case, Scripture itself.

Hard presuppositionalists maintain that a transcendental argument should be rigidly distinguished from evidence-based arguments.

However, soft presuppositionalists, such as John Frame, argue that the transcendental argument, rather than simply being seen as one argument among many, should be seen as the goal of all apologetic arguments: “We should be concerned to show that God is the condition of all meaning, and our epistemology should be consistent with that conclusion.”

At the same time, Frame affirms that the transcendental argument is not a magic bullet, since its conclusion “cannot be reached in a single, simple syllogism.” He concludes, therefore, that a transcendental argument “normally, perhaps always, requires many subarguments . . . some of [which] may be traditional theistic proofs or Christian evidences.”

In contrast to proponents of hard versions of presuppositionalism, Frame does not expect “that all the elements of biblical theism are presupposed in intelligible communication.” Frame also denies that many core Christian doctrines can be demonstrated with just the transcendental argument alone.

Furthermore, while affirming that Christianity is “absolutely compelling,” soft versions of presuppositionalism allow that individual arguments can be helpful without being certain (i.e., probabilistic arguments) and that Scripture calls for evidence and arguments to be given in support of Christianity. Thus, while Frame is clear that arguments should be part of a larger transcendental case where God is the very “presupposition of rational thinking,” he argues that apologists can and should incorporate other types of arguments.

While both hard and soft presuppositionalists emphasize that the believer should never advocate or accept “autonomous” thinking, they apply this emphasis differently. Hard presuppositionalists assert that only indirect arguments are acceptable (e.g., “without God you cannot have morality”) because arguing directly (e.g., “there is morality, so there must be God”) causes unbelievers to think they can know morality apart from God.

Soft presuppositionalists like John Frame do not see much difference between direct and indirect arguments. While Frame sees promoting autonomous reasoning as a problem, he does not think that simply arguing in a more direct way necessarily means an apologist is doing so, for the apologist could well be correctly appealing to an unbeliever’s repressed knowledge of God.

The result is that in this soft version of presuppositionalism, the presuppositional apologist is free to employ many, if not all, of the more traditional arguments of classical and evidentialist apologists.

The attitudes of our hearts clearly show how our allegiances affect the way we obtain knowledge, the degree of our commitment to present God as the sovereign source of all meaning and rationality, and the belief that a non-Christian’s thinking is impacted both by a sinful nature and a repressed knowledge of God.

Similar to presuppositionalists, experiential/narratival (E/N) apologists stress that all evidence and reasoning depends on a person’s particular framework, and they tend toward pessimism regarding human reason apart from special revelation.

But whereas presuppositionalists seek to undermine an unbeliever’s rationality in order to show them that they must assume Christian propositions to be rational, E/N apologists interact with unbelievers by inviting them to participate in an experience and embrace a story that fits better with the actualities of life.

Many E/N apologists tend to deemphasize the usefulness of the traditional proofs, and some even go so far as to question their propriety. E/N apologetics stresses that “proofs” for Christianity rest not in logical deductions or hard evidence, but in the lives of the community of faith and the power of the apostolic message. Traditional proofs for God are problematic because they can deny the essence of Christianity, which is a life and story to be lived out, not a series of propositional statements that can be proven.

The Bible itself uses reason and logic to persuade people to believe in God and his Word. If your desire is to “be prepared to give an answer” (1 Peter 3:15), there’s a lot to gain from studying Scripture’s apologetic strategies and exploring all that apologetics has to offer.

This post is adapted from the Apologetics at the Cross online course, taught by Joshua D. Chatraw and Mark D. Allen.