Sanders, Childs, Bakhtin and the Canonical Approach to Biblical Interpretation 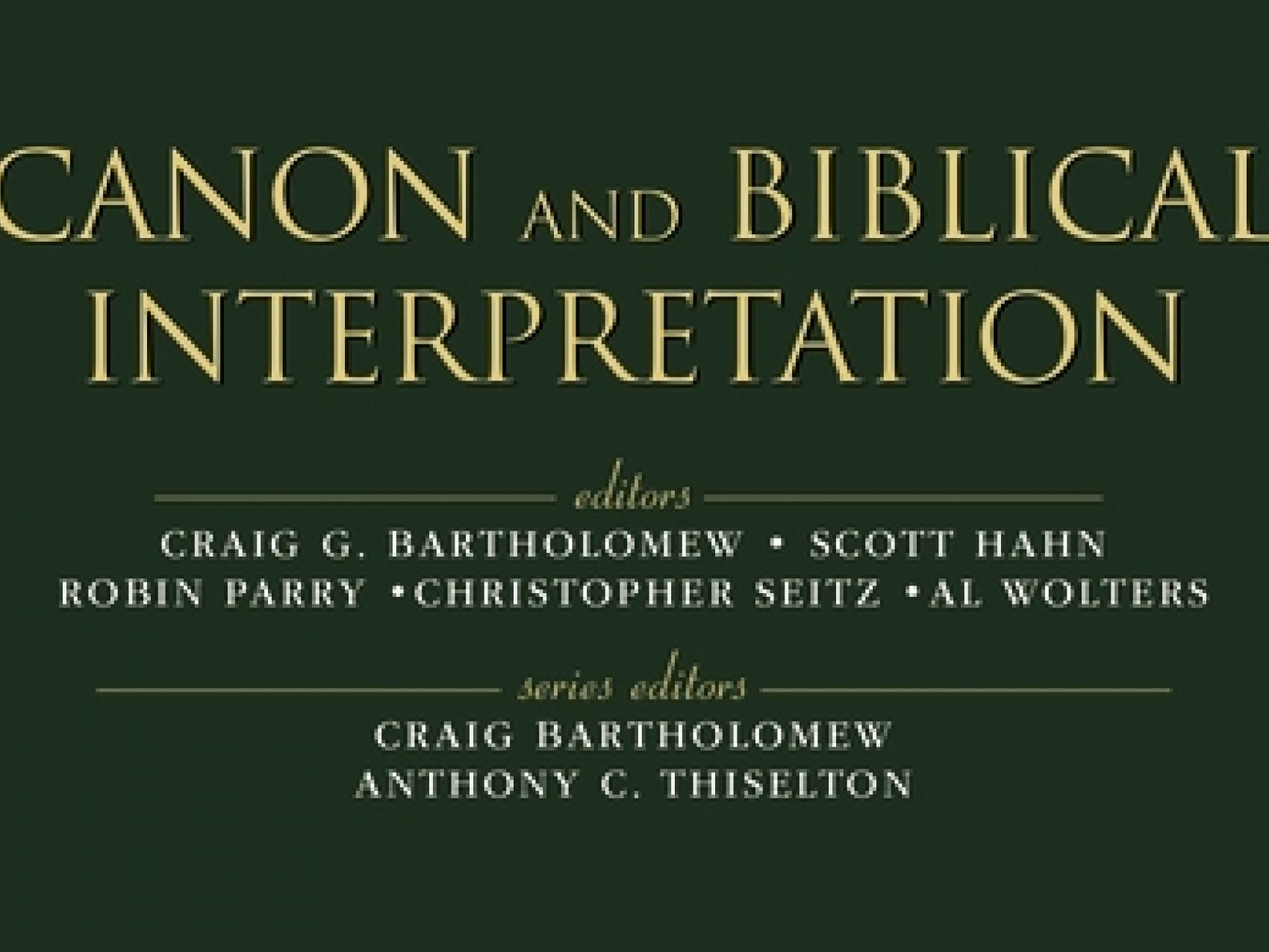 The controversial status of the so-called canonical approach to biblical interpretation is almost as old as the Christian faith itself: Irenaeus argued that if the Church accepted Marcion’s rejection of the Old Testament from the canon of Christian Scriptures, the Christian faith would lose the frame of reference in which the New Testament and work of Christ was to be interpreted.

And yet, as Anthony Thiselton reveals in his essay in Canon and Biblical Interpretation, there has been a steady, growing “disintegration of an emphasis upon the unity of the biblical writings.” (1) The very idea of a canonical approach to biblical interpretation “provokes controversy, even hostility, in some circles.” (3)

What is this approach and how does it inform biblical interpretation generally?

“Sanders urges that canon criticism does not reject the methods of modern biblical criticism,” reveals Thiselton. “Tradition history, form criticism, source criticism, and the clear identification of theological diversity within Scripture remain part of the agenda.” (4)

Canon criticism or canonical criticism were originally coined by James A. Sanders in his effort to place the Bible where it belongs within the believing community of today, which such scholars as Räisänen found overly objectionable. Yet Sanders didn’t merely restrict his attention to the final form of the text: “He sees the canon as a dynamic process that operates within and behind the text, shaping tradition and books en route to canonization.” (4–5)

For Sanders there is a “dynamic and dialectical relationship between texts, traditions, and communities of faith.” (5) Thiselton notes, for example, the Exodus theme finds fresh shape and interpretation in Isaiah 40–55. Also, there is a continuity between Deuteronomy and the rest of the the Deuteronomic history from Joshua to 2 Kings. Sanders emphasizes that such continuities within biblical writings don’t negate diversity. Furthermore, focusing attention on textual units at the expense of their contribution to the broader whole “is to miss the transcendent dimension of the whole.” (5)

Brevard S. Childs, considered the founder and pioneer of the canonical approach to biblical interpretation, originally shared Sanders’s concerns. Later, however, he rejected the “canon(ical) criticism” terminology. He insisted he wasn’t proposing a new critical methodology, but “an exploration and evaluation of ‘the nature of the biblical text being studied.’” (5)

Thiselton argues “Childs, like Sanders, fully appreciates biblical history, particularity, diversity and situational contingency.” (9) Likewise, “Childs recognizes the correlation between canon and community.” (6) Childs’ Exodus commentary illustrates Childs method: He examines the historical development beneath the final form of the biblical text; critically reflects upon the final, canonical shape, while also paying close attention to historical forces at work in producing it; reflects upon the New Testament reading of the Old Testament material; invites a historical reading through a history of exegesis; and provides a theological reflection within the context of the Christian canon. (7)

“Contrary to the claims of many critics,” Thiselton explains, quoting Childs, “‘the whole point of emphasizing the canon is to stress the historical nature of the biblical witness’ in relation to the communal experience of Israel and subsequently the church. ‘It treats literature in its own integrity.’” (8)

While it might seem odd to see a Russian philosopher and literary critic amongst celebrated biblical theologians, Thiselton insists Bakhtin’s literary theory of sobornost sheds light on the polyphonic nature of the canonical approach to biblical interpretation. Contra Räisänen, who describes polyphonic voices within the canon as ‘contradiction,’ Bakhtin “underlines the communal dimension of understanding and communication.” (25)

Deriving his concept of sobornost, ‘togetherness,’ from the Russian Orthodox Church, he finds for a model of such polyphonic communication in Dostoyevsky. In The Brothers Karamazov, for instance, “no single voice prevails over, or eclipses, others.” (25) The characters “contribute together in community, without uniformity, to the process of wrestling with the issues actively and with self-involvement, to generate meaning in sobornost, or togetherness.” (25) Thiselton applies Bakhtin’s theory to biblical diversity within the canon, as well as Christian theological construction that arises out of this diversity. Within the complex framework of sobornost, the plurality of voices from Proverbs to Deuteronomy, Job to Ecclesiastes, and on to John and Romans “lead us in a coherent direction, using, rather than suppressing, the voice of the ‘other.’” (25)