Something to Brag About: Jeremiah 9:22–23 (Part 1: Conjunctions) – Hebrew and You with Lee M. Fields My daughter shared with me a verse she decided to memorize as she was reading through Jeremiah. It is a great verse for God’s people to know and there are several interesting and instructional features as well. Clauses Introduced by the Conjunction Waw, וְ (we)

When explaining the relationships between clauses, the reader needs to determine which of three ways a clause is introduced: (1) Waw, (2) another conjunction, (3) no conjunction (a.k.a., asyndeton). For clauses introduced with Waw, the reader needs to identify whether it is Waw + finite verb or Waw + non-verb (including participles and infinitives).

To understand Waw, it is perhaps most helpful not to associate it with the English words and, but, then, or, etc. Instead, just say “Waw” (the name of the letter; I recommend pronouncing the w as a v sound) or pronounce the syllable “veh.” Waw doesn’t “mean” and, for example. It is more accurate to say that the meaning of Waw and the English word and are sometimes the same. For a more extensive treatment of Waw you may wish to see Hebrew for the Rest of Us (Grand Rapids: Zondervan, 2008), 81–82.

A couple of observations are in order for Jer 9:22–23 and the English translations above. Waw only introduces one clause in these two verses. In v. 22c the clause is Waw + non-verb, the negative particle אַל (ʾal). Verse 22d has no conjunction.

Notice the difference between the translations, however. The NIV renders “or” while the NASB renders “and.” Of greater interest is that in v. 23d (H22d) the NIV adds “or” and the NASB follows the structure of the Hebrew with asyndeton. By doing this, the NIV makes all three clauses parallel and suggests three different types of people that ought not to boast in their specific strength. The rich are simply a third category.

The NASB (and the Hebrew) suggests a parallel relationship between v. 23b and c, but the relationship of v. 23d to 23c is not specified. The reader must interpret. That relationship may be parallel, as the NIV renders and the NASB allows, but the asyndeton makes possible that there is a slightly different nuance. For example, perhaps 23b and c may be the specifics and 23d the general. In this case the “rich” includes anyone in some position of power, whether due to abundance of possessions, strength, or wisdom.

These two conjunctions are also quite common. For more explanation you may wish to see Hebrew for the Rest of Us, 82–84. In short, כִּי can introduce a coordinate clause or a subordinating clause. אִם usually introduces subordinate clauses, especially conditional ones (English “if”), but occasionally coordinates two questions.

In Jer 9:23 כִּי occurs three times, the first of which is actually כִּי אִם. When כִּי אִם is two separate conjunctions, each introduces a different clause. Normally theאִם clause is conditional and interrupts the main clause the is introduced by כִּי.

Many times, however, the כִּי אִם functions as a unit to mark strong contrast. Whereas bothכִּי and וְ can be used to introduce contrastive clauses, the כִּי אִם compound makes the contrast clear. Both the NIV and NASB recognized this contrast and render with the simple “but.” I do like the rendering “instead” by the Complete Jewish Bible. This helps draw attention to the contrast. Also nice, but quite paraphrastic, is “If they want to brag, they should brag that they understand and know me” (God’s Word Translation and similar are the GNB, The Message, and the NET Bible).

Not all boasting is bad. Jeremiah 9:23 contrasts appropriate boasting with the boasting prohibited in v. 22. In v. 22 the boasting was in one’s own resources. By contrast, in v. 23 we learn anyone who boasts should boast only about knowing the Lord.

May we make it our goal to boast only in knowing the Lord whom we serve.

In the next post, we will look at some more features of this passage. Until then, perhaps you will memorize these two verses. If you know Hebrew, try memorizing it in Hebrew!

Lee Fields
Lee M. Fields writes about the biblical Hebrew language, exegesis, Hebrew translation, and related topics. He is a trained Hebrew scholar with a PhD from Hebrew Union College and is Professor of Bible and Theology at Mid-Atlantic Christian University. He is author of Hebrew for the Rest of Us and co-editor of Devotions on the Hebrew Bible.
Next Post
Counterpoints eBooks on Sale: $1.99 and $3.99 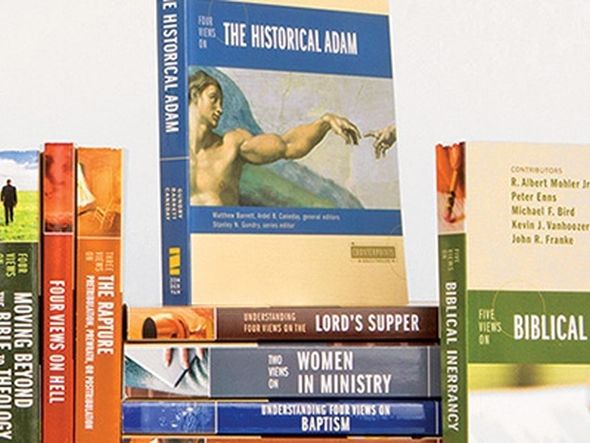