The Curse of Ham and Biblical Justifications for Slavery 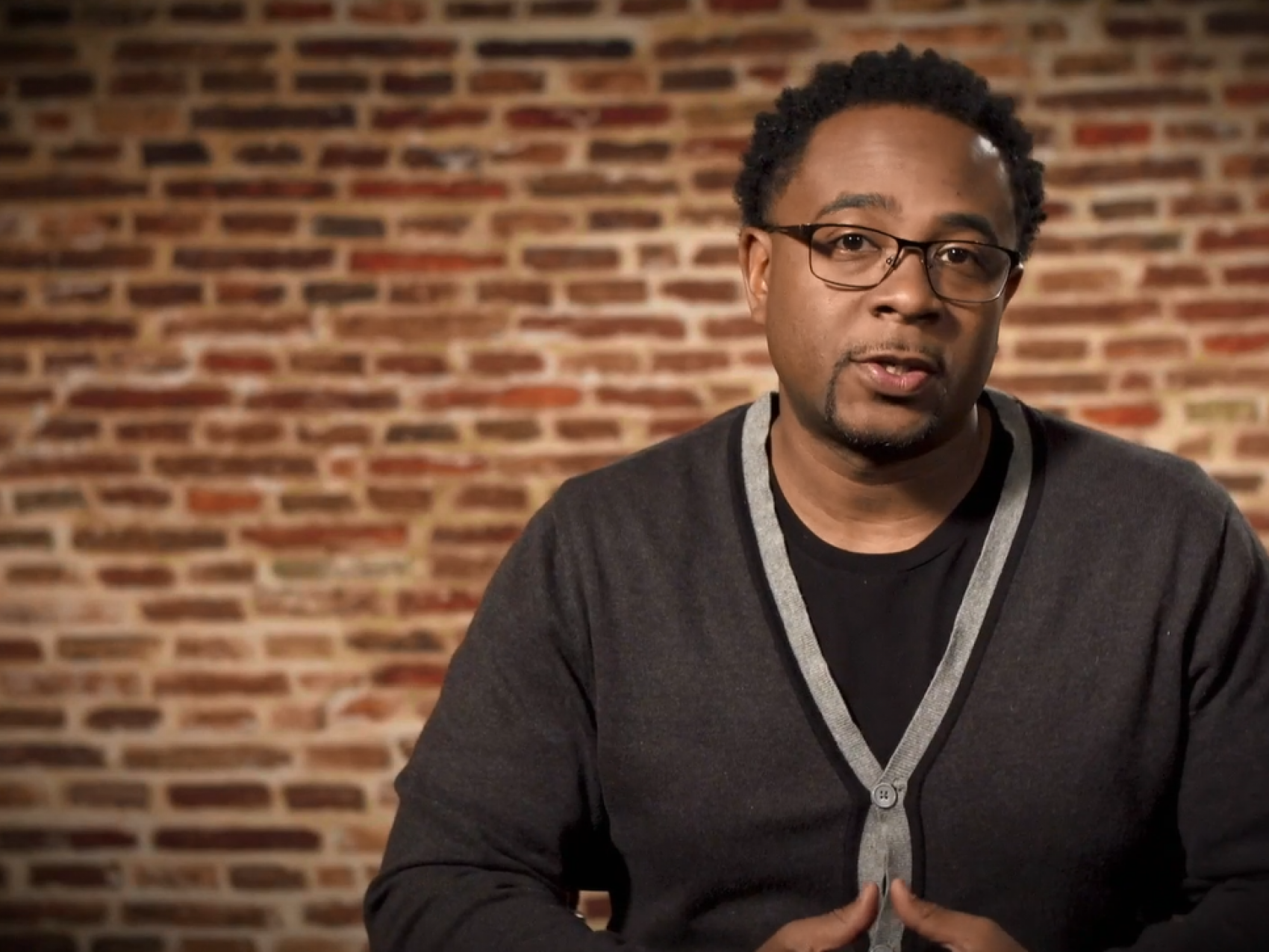 The ideological battle over slavery that led to the Civil War was fought on multiple fronts. For nineteenth-century churchgoers, this included Bible-based pro- and anti-slavery arguments. Did God support and endorse chattel slavery?

As Jemar Tisby explains in his series, The Color of Compromise: The Truth about the American Church’s Complicity in Racism, the issue of slavery not only divided the nation, but it also divided denominations. The Methodists, Baptists, and Presbyterians all experienced division over the issue.

Tisby details these splits in the fifth chapter of The Color of Compromise. He then documents some of the theological arguments proffered for slavery’s practice. The following post is adapted from his work.

The theological battle over slavery

As soldiers in the Civil War waged battles with bullets and bayonets, Christian pastors and theologians fought with the words of the Bible. Southern white Christians, far from viewing slavery as wrong or sinful, generally affirmed that God sanctioned slavery in Scripture and that bondage under white authority was the natural state for people of African descent. To complicate matters, abolitionists and socially moderate Christians struggled to argue against what seemed evident to many people—the Bible never repudiates slavery. Indeed, many of the godliest people in the Bible enslaved others. So the Civil War also sparked a battle over the Bible.

It may be challenging for modern readers to grasp what was at stake for southern Christians when they considered slavery. Slavery was not just a civil issue; it was a religious one. Christians in the South believed the Bible approved of slavery since the Bible never clearly condemned slavery and even provided instructions for its regulation. Southern theologians challenged their abolitionist opponents to produce the chapter and verse where Jesus, or the Bible generally, condemned slavery. They gave extended treatises on the scriptural validity of slavery. Southern Methodist preacher J. W. Tucker said to Confederates in 1862, “Your cause is the cause of God, the cause of Christ, of humanity. It is a conflict of truth with error—-of Bible with northern infidelity—of pure Christianity with northern fanaticism.”¹ Even as white southern Christians denounced northerners for making fidelity to the Union a requirement for fellowship, they made acceptance of race-based chattel slavery a requirement of biblical orthodoxy.

Robert Lewis Dabney, a southern Presbyterian minister and professor, originally opposed secession from the Union. Only after Virginia formally joined the Confederate cause in 1861 did Dabney change his position and become a powerful apologist for the South. During the war Dabney served as a chaplain for the Confederacy, and for a brief time, he was the adjutant, or “chief of staff,” for General Stonewall Jackson. Even though illness forced Dabney out of the war, he and Jackson remained close friends. When Jackson died, his widow asked Dabney to write her husband’s biography. As a Presbyterian minister, Dabney also marshaled his academic training to publish A Defence of Virginia, [and through Her, of the South] in 1867 shortly after the end of the Civil War. The release of this book after the war reveals that the formal end of military conflict did little to change the minds of southerners about slavery. Many remained committed to slavery as orthodox, biblical truth. In his book, Dabney explained in precise detail, quoting from the Old and New Testament and from economics and experience, why the North got it wrong and why the South’s defense of slavery was justified.

Dabney not only believed that slavery was morally acceptable; he viewed it as a positive for the African: “Was it nothing, that this [black] race, morally inferior, should be brought into close relations to a nobler race?”² Dabney accepted the myth of the moral and intellectual inferiority of enslaved blacks, believing that if they were left to their own devices, they would only tend toward “lying, theft, drunkenness, laziness, [and] waste.” In Dabney’s theology, it was only through contact with the “nobler race” of white people in a master-slave relationship that there was hope of elevating the ethics of Africans.³

In addition, Dabney saw introducing Africans to Christianity as one of the most praiseworthy benefits of slavery for black people. Because black people were condemned to perish in their pagan beliefs, Dabney saw white Christian slaveowners as loving people standing between the enslaved and eternal damnation. “And above all, was it nothing that [black slaves] should be brought, by the relation of servitude, under the consciences and Christian zeal of a Christian people?”⁴ In Dabney’s mind, the gentle ministrations of the whip and the admonition of slaves to obey their masters had the positive effect of commending Christianity to black people. Had Dabney personally experienced the reality of enslavement, perhaps he would have been less confident about its salutary spiritual effects.

Slavery and the curse of Ham

Genesis 9:18–29, sometimes referred to as the curse of Ham, is one of the most cryptic stories in the Old Testament. Subject to a multitude of interpretations, this passage has been widely deployed as the biblical basis for race-based chattel slavery. In the story, Noah gets drunk and falls asleep naked in his tent. His son Ham walks in on his sleeping father and sees his father naked. Ham leaves to tell his two brothers, Shem and Japheth, yet they respond differently. Instead of gazing upon their father’s unclothed body, they quickly grab a blanket and walk backwards into his tent to cover him. When Noah wakes up and discovers what Ham has done, Noah curses Ham’s son Canaan.

Cursed be Canaan!
The lowest of slaves
will he be to his brothers. (Gen. 9:25)

Conversely, Noah blesses his other sons and consigns Canaan to serve them:

Noah concludes with a final pronouncement: “May Canaan be the slave of Japheth” (9:27). Proslavery advocates used these verses to make a biblical case that black people—as descendants of Ham—belonged in a state of slavery.

For some, Ham’s transgression provided an understanding of the origin of slavery and where it fit in the Bible’s grand narrative. “It was in consequence of sin . . . that the first slave sentence of which we have any record was pronounced by Noah upon Canaan and his descendants,” wrote Presbyterian minister George D. Armstrong.⁵ Proslavery theologians taught that slavery had been a regrettable but necessary reality ever since Ham’s transgression.

This passage from Genesis not only provided a basis for slavery’s existence, but it was an indication for some that God decreed a specific race of people to be cursed and live their days in bondage. Alexander Stephens, vice president of the Confederate States of America, remarked in his well-known “Cornerstone Speech” that “the negro by nature, or by the curse against Canaan, is fitted for that condition which he occupies in our system.”⁶

And Dabney tentatively advanced a claim that many white Christians held as incontrovertible truth: “It may be that we should find little difficulty in tracing the lineage of the present Africans to Ham.”⁷ A racial genealogy underlies the racist interpretation of Canaan’s curse. It assumed that the progeny of Shem became the Jewish people, the descendants of Japheth became white people, and these two were the rightful masters of those descended from Ham, the “degraded” black race. In one stroke of dubious demography, slavery became the right and proper place of Africans specifically and exclusively.

Abolitionists advanced several arguments to refute the curse of Ham as justification for the enslavement of black people. First, they pointed out that Noah pronounced the curse on Canaan, not Ham. Canaan’s curse had been fulfilled, they said, when Israel conquered the Canaanite lands. Thus, there was no perpetual curse that still applied in the nineteenth century. Abolitionists also questioned whether black Africans were the genealogical descendants of Ham at all. And how could white people definitively trace their lineage to that of Shem or Japheth?

One abolitionist challenged proslavery advocates by asking, “Where is the sentence [of Scripture] in which God ever appointed you, the Anglo-Saxon race [over another people], you, the mixture of all races under heaven, you, who can not tell whether the blood of Sem, Ham, or Japheth mingles in your veins”?⁸

One of the best biblical cases against American slavery was not to deny that faithful people in the Bible enslaved others but to demonstrate how that form of slavery—the slavery of the ancient Near East—was far different from the slavery practiced in the eighteenth and nineteenth century in the American South. It was impossible to deny that some form of unpaid labor had characterized the economy of virtually every society for thousands of years. Yet enslaved people in these contexts had endured a different type of bondage. In most cases, they could legally marry and own property, and they worked for a specific term, not a lifetime. Slaves in other cultures were not born into servitude. They might offer their labor in order to pay off a debt, or they were captured in war. Slavery was not exclusively a matter of race or ethnicity in other cultures either. Of course, the point of this was not to suggest that slavery was a favorable way to live. Rather, this argument was used to demonstrate that southern theologians gave virtually no consideration to the unique form of slavery that existed in America.

So, unfortunately, the most potent biblical antislavery argument—demonstrating the differences between slavery in the ancient Near East and that of the American South—also took the most effort to understand. Attempting to list the differences between slavery as practiced in the Bible and race-based chattel slavery required an in-depth grasp of cultures thousands of years removed from the mid-1800s.

The argument required a rather sophisticated knowledge of the differences between Old Testament Israel and the New Testament people of God. For most Christians, even those sympathetic to the plight of black people, the southern proslavery advocates seemed to have a clearer and simpler biblical argument, one that did not require sources outside of Scripture or employ unfamiliar interpretations.

The American church’s complicity in racism

It should give every citizen and Christian in America pause to consider how strongly ingrained the support for slavery in our country was. People believed in the superiority of the white race and the moral degradation of black people so strongly that they were willing to fight a war over it. This is not to suggest that the South had a monopoly on racism, but we cannot ignore that its leaders took the step of seceding from the United States in order to protect an economic system based on the enslavement of human beings. From then on, the Confederacy would always and irrevocably be associated with slavery. Pastors and theologians supported the Confederacy by providing theological ballast and biblical backing for the continuation of slavery. They prayed over the troops, penned treatises on the inferiority of black people, and divided denominations over the issue of enslavement. The Civil War paints a vivid picture of what inevitably happens when the American church is complicit in racism and willing to deny the teachings of Jesus to support an immoral, evil institution.

Learn more: stream The Color of Compromise series on MasterLectures.

Next Post
What Is the Nature and Purpose of the Gift of Prophecy? 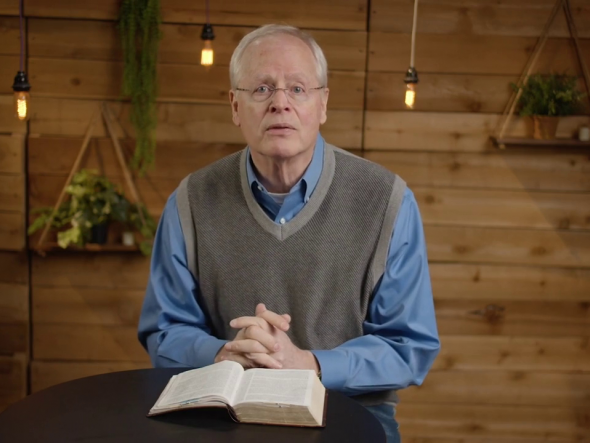 What Is the Nature and Purpose of the Gift of Prophecy? One area where cessationists and continuationists can find themselves in sharp disagreement is around the topic of proph...
Your form could not be submitted. Please check errors and resubmit.