The Message of Circumcision: From Patriarchy to New Man — An Excerpt from "Malestrom"

In her new book Malestrom, Carolyn Custis James's contends the principal expression of the problem of manhood is historic patriarchy. Though it’s the cultural background of much of the Bible, “God reveals the newness of his kingdom breaking through as he over turns cultural norms that issues from the fall of Adam and Eve.” (69)

One way he overturned this norm was through the practice of circumcision. And yet James asks an important question:

Why would God choose this explicitly male rite to remind his sons of his covenant with them?

Though it seems to smack of patriarchy, it does the opposite: “Circumcision strips the malestrom and human culture of its power to define a man’s identity and purpose.” (71)

Below James highlights several important aspects of this key event in God’s purposes for the world. Read it to understand why “Circumcision is a message for today.” (73)

In a move that is emphatically male and seems to exclude women and that New Testament apostles later declared non- essential, God institutes male circumcision as the sign of his covenant with Abraham. God commanded Abraham and all his male descendants eight days old and older to be circumcised. This not only applied to every one of Abraham’s biological descendants, but also to Abraham’s servants and slaves—both those born in his household and those he purchased from foreigners. Surely Abraham was shocked to learn that the new identity was beyond ethnicity or tribe. It was a sign that pointed to a new plane of existence.

Circumcision was not new. other tribes circumcised their males, but nowhere else did circumcision carry the weighty significance God gave it for Abraham and others he circumcised. other cultures used male circumcision as a painful rite of pas- sage that transitioned boys into men. Not so in Israel. Eight-day- old baby boys were circumcised and they weren’t transitioning to manhood. Circumcision was “legally incumbent upon all generations. God is speaking to those who are not yet born.” In Israel, young boys would never recall a time when they were uncircumcised.

Why would God choose this explicitly male rite to remind his sons of his covenant with them?

By itself, circumcision could easily (and eventually did) become an end in itself. Like the team logo that fans wear proudly on caps and T-shirts but can’t explain where the symbol originated or what it meant originally, over time Jewish circumcision lost its distinctive meaning. It morphed into a national trademark adrift from its roots—a way of distinguishing Jews from Gentiles, an identifying “us versus them” marker. This is at least part of the reason New Testament apostles shifted from circumcision to embrace baptism as the new sign of God’s covenant.

Circumcision of Abraham and the males in his household was a painful and permanent reminder that they were in covenant with God who called them to “Walk before me faithfully and be blameless.” This was God’s radical restatement of what it means to be a new kind of man in a patriarchal culture—or any culture for that matter. God was reasserting what he said in the beginning, when he declared his sons to be his image bearers — a calling lost when men derive their identities and purpose from cultural systems.

God insists on a permanent physical sign to remind Abraham and his male descendants that they live under the gaze of God. Circumcision strips the malestrom and human culture of its power to define a man’s identity and purpose. God created the man, and God alone defines him. The definition he bestows is indestructible because it is rooted in God himself.

Let there be no mistake here. God isn’t affirming patriarchy. He is defining a whole new counter-patriarchal strategy for men who live within the patriarchal system. Yahweh is implement- ing kingdom changes by beginning with his sons, who have the power to open doors for others.

Circumcision, in the first place, is not an affirmation of male power and priority, but a transformation of both. The act of circumcision doesn’t glorify male power; it awakens a man to his vulnerability. The rite of circumcision disables a man as he heals. In one of the darkest chapters of the Bible, Abraham’s great- grandsons Simeon and Levi abused the rite to give themselves a military advantage over the men of Shechem, who became defenseless when they agreed to circumcise themselves.

By addressing men explicitly within patriarchy, God is addressing male power. Power in any form is a dangerous responsibility. It can be used for good or evil. Coupled with arrogance, anger, blind ambition, or selfishness, power in the hands of a man who has lost sight of his Creator is lethal. It may even deceive a man into thinking he’s in the right when he is lording over others. Tragically in the church among the people who claim to follow Jesus, men wield power “in the name of God” while abusing others or by protecting those who abuse. God’s covenant breaks up cronyism and power mongering by reminding men of their weaknesses and vulnerability.

Second, although circumcision is private and concealed beneath a man’s clothing, he will encounter this covenant reminder every day. “Every time he looks at his body he is reminded that he is part of Yahweh’s covenant ... a mnemonic sign, reminding God’s people of who they are.” Every time he dresses, bathes, relieves himself, or approaches a woman, he is confronted with the reminder that he is not to be like other men.

He may have power, but that power is not an entitlement. It is a gift God entrusts for good and to bless. God’s first words to Abraham included the promise that he and his descendants were to be a blessing to the world. That promise takes on a whole new meaning when circumcision informs how a man lives before the face of God in his private conduct, his character, and his interactions with others. He knows he’s being watched. God’s hand is on his sons, and Yahweh’s very reputation is on the line in how his sons live.

Around men like that, burrneshas could embrace their God-given femaleness and would be able to thrive as women. Albanian he-she unicorns would become extinct. Slaves would breathe the free air of dignity, wholeness, empowerment, and opportunity. And men with power would flourish as God’s image bearers in ways that would shock the world and give signals that there truly is a God in heaven who loves his sons and whose kingdom is not of this world. The Creator summons them to defy the downward spiral of the malestrom and rise to new heights as God’s image bearers.

Circumcision also speaks of a man’s wife — the ezer-warriors he needs to become the man God created him to be—and of their union in reproducing physically and spiritually. It speaks of his children. Not just progeny who up to now have been the focus, but the call to raise up an entirely new race of people who “walk before God faithfully and are blameless.” It is the call for men to engage in God’s creation call to be fruitful by multiplying image bearers of the living God—an impossible but vital task, for no human being can change a person’s heart. Abraham is called both to model for his children a brand of manhood that isn’t like what they’ll see in other men and to devote himself to the nurture of their souls toward God. He will need plenty of ezer kenegdo help in this impossible but hopeful task.

Circumcision also flattens the human social pyramid and calls for a new kind of inclusive and richly diverse community that encompasses male and female, but expands in all directions. I can only imagine Abraham’s double take when God included his slaves in the covenant—spreading the same covenant dignity, honor, and responsibilities laterally to them. How would that change how Abraham viewed the people he had purchased along with cattle and sheep? God is turning Abraham’s patriarchal paradigm on its head. Illusions of superiority and inferiority have no place in the kingdom of God. Already God’s covenant is defying gender, cultural, ethnic, national, and economic distinctions and boundaries. This is a foreign language to patriarchy. It is the long-forgotten ethos of God’s kingdom lost in Eden, but this is God’s call to the new man.

Abraham has not simply reached a pivotal moment in his own journey. This is a key event in God’s purposes for the world. I fear we keep walking past it as though it was a message for another time. Circumcision is a message for today. Just to make sure Abraham doesn’t forget, God etches in his body—cuts in the flesh of a man’s reproductive organ — a permanent reminder of his covenant and a definition of a new kind of man. (pgs 70–73)

Jeremy Bouma
Jeremy Bouma (Th.M.) has pastored on Capitol Hill and with the Evangelical Covenant Church in Michigan. He founded THEOKLESIA, which connects the 21st century Church to the vintage Christian faith; holds a Master of Theology in historical theology; and makes the vintage faith relevant at jeremybouma.com.
Next Post
[Common Places] New Studies in Dogmatics: The Holy Spirit 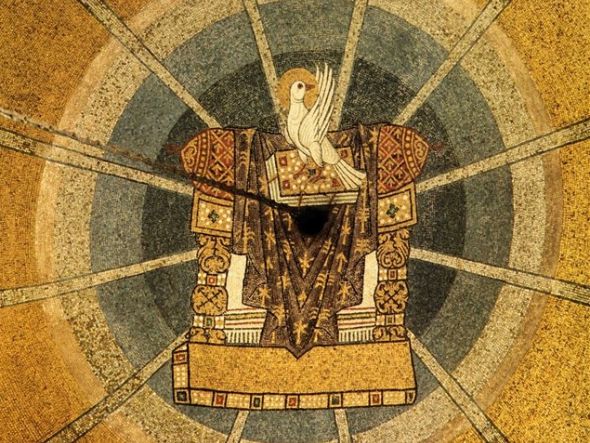 [Common Places] New Studies in Dogmatics: The Holy Spirit So I have looked upon you in the sanctuary, beholding your power and glory. Because your steadfast love is better than ...
Your form could not be submitted. Please check errors and resubmit.