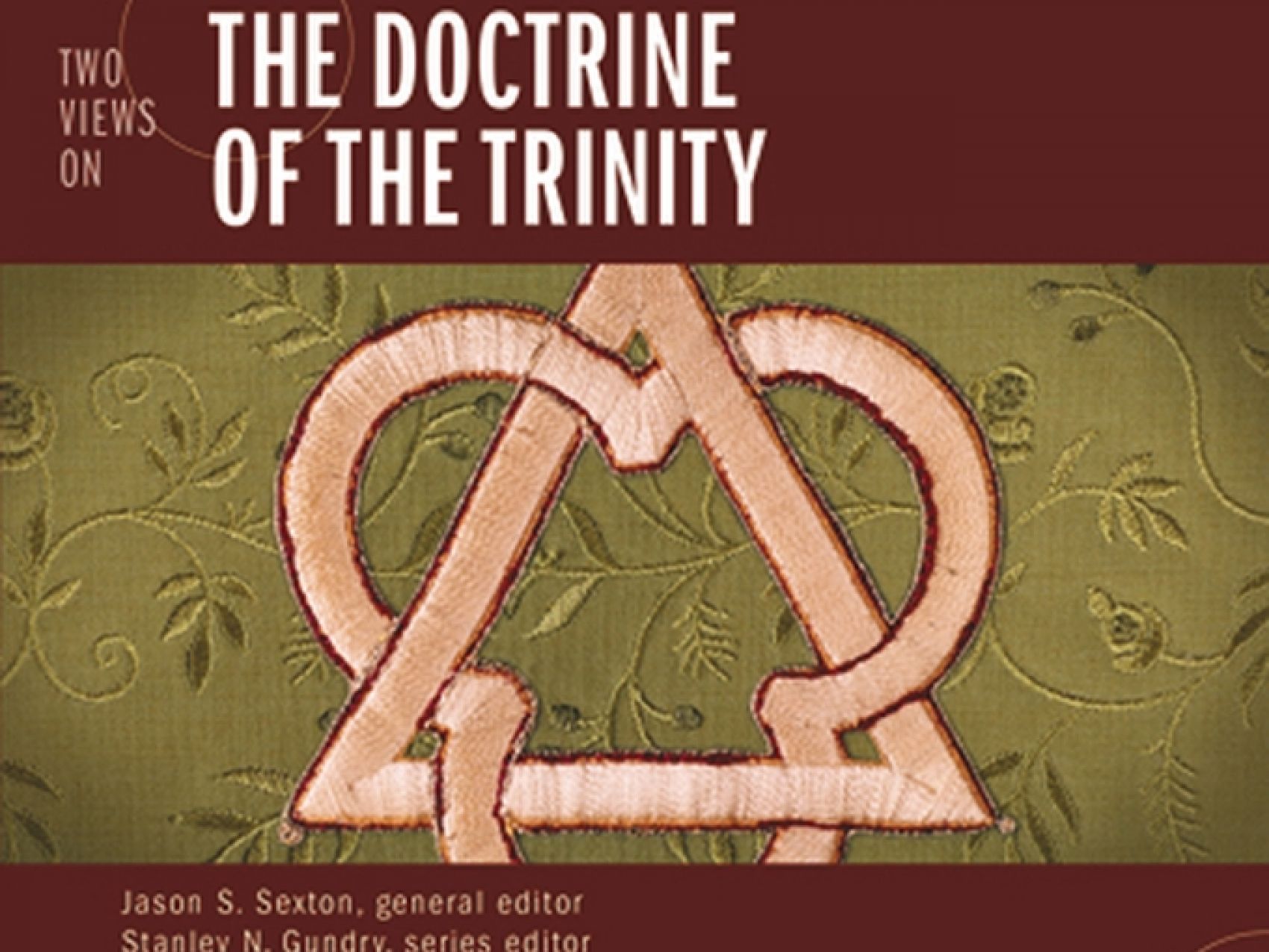 On Tuesday, we released an important new book I expect will encourage evangelicals, among others, to consider the language and place we give to the doctrine of the Trinity. It is called Two Views of the Doctrine of the Trinity, and it’s meant to resource the recent revival of interest in this oft overlooked doctrine by presenting two of its dominate views: the classical and the relational views.

(If you haven’t already, you can read my column outlining the book’s four positions)

Today we offer this excerpt from editor Jason Sexton. In his closing thoughts he reflects on three areas in this doctrine which beckon further exploration: the relationship of the doctrine of the Trinity to Scripture, to the tradition, and to the church’s mission.

Read Sexton’s thoughts to consider how this important doctrine connects to the Bible, faith, and mission.

The Doctrine of the Trinity and Holy Scripture

Along with a deep reverence for the Lord and genuine piety, each of the contributors in this volume maintains a firm commitment to Scripture as the norming norm for theological reflection, shaping each one’s views on all matters, including how and what to think about the triune life. In this way, each is committed to Scripture’s authority. Yet there are different views here, and different ways of appropriating Scripture’s authority for understanding the doctrine of the Trinity. Questions have been raised about the extent to which there is direct and organic continuity between Scripture and the church’s later formulation of the doctrine, a continuity perhaps seen most in Molnar’s reflections. Put another way, one may ask whether the doctrine is derived directly from Scripture, with a clear exegetical basis, say in the Gospels (see McCall), as with any other doctrine that may be found in the Bible.

The Doctrine of the Trinity and Traditional Trinitarian Discourse

Related to the above matter about the Trinity and Scripture is the matter of the Trinity and our traditions. It is no secret that the evangelical tradition, at least, has not been as explicitly and comprehensively trinitarian as it might have been for various reasons related to operative evangelical epistemologies of theology; or, at least, evangelicals have not been as robustly trinitarian as other traditions have been. This is a weakness, and evangelicals are beginning to do better, drawing from their own internal sources wherever possible as well as from other traditions.

The representative variegations within the traditions represented and demonstrates that it is virtually impossible to work with a stagnated doctrine of the Trinity that is not being constantly reshaped and reconsidered in light of better ways that may be available for understanding God’s life in Trinity. The conversation between Holmes and McCall is interesting here, with the former thinking the Gospel texts that the latter exegetes refer only to Jesus’ incarnate life and to matters in the salvation economy, and therefore do not necessarily grant insight into the internal, eternal Trinitarian relations…

Each of the writers places stress on revelation for shaping our understanding of these things, and descriptions of the divine being as analogous in one way or another. Significant reflections and clarifications were rendered in the rejoinders, especially by perhaps the most creative of the theologians in this volume, those representing the Relational View. It seems like all of the contributors are willing to be convinced of better ways for understanding God’s own triune life.

It seems that at the least whatever kinds of “persons” the Father, Son, and Spirit are, for whatever reason (and we could speculate) there is no biblical account of the three speaking simultaneously as three distinct voices — either speaking in the same tone, pitch, and voice. Neither do we see prayer ever made in Scripture simultaneously directed to three distinct entities, or to a troika. Beyond these things, though, and with what significant form of agreement was found within the discourse of this volume, might there yet be some kind of convergence of Classical and Relational trinitarianism, at least on the major points, that is shaped strongly by Scripture, drawing carefully from the best of the tradition and seeking to draw on contemporary insights from the culture for some sort of renewed Classical and Relational doctrine of the Trinity? If such developments are to come about, not only will they likely be helpful in serving the church’s mission in the contemporary world, but they just may come as a result of the church’s dynamic engagement and articulation of the Trinitarian gospel in today’s world greatly in need of the promises found in Christ. This leads us to our final point.

The Doctrine of the Trinity and Christian Mission

Lesslie Newbigin has done as much as anyone to help the church understand the significance of the doctrine of the Trinity for Christian mission, as well as the historical significance of Christian mission for the doctrine of the Trinity. He observed that the doctrine itself was forged and formulated while the early church was carrying out its Great Commission task. This responsibility set the church out to proclaim salvation in Jesus Christ. And when matters of Jesus’ identity were raised, they were addressed “in terms that embody the Trinitarian faith.”

As such, it should be understood not only that what may be taken as the two eternal movements within the divine life constitute God as the Trinity — Father, Son, and Spirit — but also that these movements are indeed reflected, or imaged, in the economy in bidirectional manner indicative of the reconciling (missionary) action of this God in whose life there is both an essential sentness and an essential unsentness. In this way, the triune movement of begetting the Son and spirating the Spirit is not a claim made exclusively about God’s own life, but also for the life of others with whom he has chosen to commune — by the work of the sent Spirit to unite believers into filial relationship with God the Father as sons and daughters who share in the image of the only begotten God.
With all now said, and all that has been said, we offer this book in service to the church and also before our triune God, in whose presence all of our words and reflections fall flat in comparison to the sublime beauty of the infinitely glorious triune majesty. As all in all, worthy of endless praise, “so when we do attain to you, there will be an end to these many things which we say and do not attain, and you will remain one, yet all in all, and we shall say one thing praising you in unison, even ourselves being also made one in you.”  In light of this prayer of Augustine addressed to the Lord, the one God, God the Trinity, our hope is also that this book may be used by the Lord to move the church one step closer to better understanding the doctrine of the Trinity in order to love the triune God more, and hopefully to a more faithful, awe-inspiring, and wondrous confession of this doctrine of God’s triunity that is at the core of the exposition of the gospel. (pgs. 211-216)