The sermon yesterday was on the need for solitude, planned margin. Always a good reminder for those of us who tend to define ourselves by what we do — do I hear the amens?

The passage was Mark 1:45. “Jesus could no longer openly enter a town, but stayed out in unpopulated areas (ἐρήμοις τόποις; NASB).”

ἔρημος is technically an adjective meaning, “pert. to being in a state of isolation, isolated, desolate, deserted” (BDAG). When used substantivally, ἔρημος means “an uninhabited region or locality, desert, grassland, wilderness.” ἔρημος indicates Jesus stayed in those areas outside the city, but what did that look like in first century Palestine?

It was certainly a place where there were not many people, hence, “unpopulated.” The NIV's “lonely” is not quite on since the text is not saying Jesus was “lonely.” He was apparently very comfortable by himself.

(A short anecdote. My wife Robin will sometimes come to my office around Thursday and ask if I have been out of the house this week — except to walk our dog along the Columbia river. Usually the answer is “No,” at which point she suggests I call someone to meet for coffee. (I have an unusual life in which the Lord has allowed me to have focused times of study and running BiblicalTraining.org; I don't have to leave the office very often.) But the point is that I am alone, but not lonely. The same was true of Jesus.)

The point is that Jesus went to where there were not crowds. This is close to BDAG's “isolated.”

Was the area “secluded” (NLT)? At first I liked this word, but then I asked myself if wide open spaces can actually be described as “secluded”? I don’t think so.

Was the area “desolate” (ESV)? Yes, in a sense. That's what happens when there isn't much water. But have you ever seen the Palestine countryside is the early morning, or perhaps the similar looking Joshua Tree National Park in California (except for the cactus)? “Desolate” is not the right word because it creates images that are not pleasing. I will never forget my friend Gary Pratico and his wife Mary walking hand-in-hand through the ἔρημος north of Petra, Jordan, when their jeep broke down. I have never seen him so happy, and the scenery was hardly “desolate.”

In my register, “country” (NRSV) evokes pastoral scenes of rolling hills, trees, and farms. Hardly an accurate picture of Palestine.

Was it “deserted” (HCSB)? Not really. “Deserted” implies it was once inhabited and no longer is, and that is not the point.

Was it “remote” (NET)? It was in that Jesus went away from the town, but he didn’t have to go very far for it to be ἔρημος, and “remote” to me sounds like it was a far distance away.

The KJV’s use of “desert places” is unfortunate. I suspect that for most of us “desert” evokes images of the Mohave or Sahara desert. As desolate as rural Palestine was in the first century, it certainly was not filled with sand dunes. The NKJV’s adjustment to “country” is better, but as I say above it is not best.

What word would you use?

William D. [Bill] Mounce posts about the Greek language, exegesis, and related topics on the ZA Blog. He is the author of numerous works including the recent Basics of Biblical Greek Video Lectures and the bestselling Basics of Biblical Greek. He is the general editor of Mounce's Complete Expository Dictionary of the Old and New Testament Words. He served as the New Testament chair of the English Standard Version Bible translation, and is currently on the Committee for Bible Translation for the NIV.

Bill Mounce
Bill is the founder and President of BiblicalTraining.org, serves on the Committee for Bible Translation (which is responsible for the NIV translation of the Bible), and has written the best-selling biblical Greek textbook, Basics of Biblical Greek, and many other Greek resources. He blogs regularly on Greek and issues of spiritual growth. Learn more about Bill's Greek resources at BillMounce.com.
Next Post
Good Christians Make Good Humans: A Q&A with Michael Wittmer on "Becoming Worldly Saints" 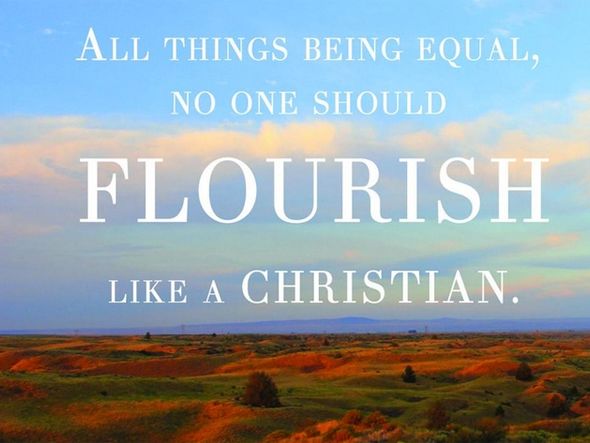 Good Christians Make Good Humans: A Q&A with Michael Wittmer on "Becoming Worldly Saints" Can you serve Jesus and still enjoy your life? That’s the question author and professor Michael Wittmer asks in his new ...
Your form could not be submitted. Please check errors and resubmit.