This is actually a great example of how to deal with a word’s etymology and meaning.

When the disciples could not exorcize the demon, Jesus responded, “O unbelieving (ἄπιστος) and perverse generation, how long am I to be with you?” (Matt 17:17).

After the exorcism, the disciples asked him why they could not perform the exorcism. Jesus replied, “Because of the poverty of your faith (διὰ τὴν ὀλιγοπιστίαν ὑμῶν). I tell you the truth, if you have faith the size of a mustard seed (ὡς κόκκον σινάπεως), you can say to this mountain, ‘Move from here to there,’ and it will move; and nothing will be impossible for you” (17:20).

ὀλιγοπιστία occurs only here in the NT and in later Christian writings, so the fair assumption is that Jesus made up the word. The cognate adjective ὀλιγόπιστος likewise only occurs on Jesus’ lips. In the Sermon on the Mount he says, “If that is how God clothes the grass of the field, which is here today and tomorrow is thrown into the fire, will he not much more clothe you — you of little faith (ὀλιγόπιστοι)?” (6:30; cf. Luke 12:28). He rebukes the disciples when they fear the wind and waves (Matt 8:26), their lack of understanding about the yeast of the Pharisees (Matt 16:8), and Peter’s doubting when he was sinking in the water (Matt 14:31).

So how do you determine the meaning of ὀλιγοπιστία?

Since it is a made-up word, one place you can legitimately go is its etymology. This is one of the few situations in which you can do this and disproves the overstatement that etymology is irrelevant. It is obviously made up of ὀλίγος and πιστία (a non-biblical word but seen in forms such as ἀπιστία). BDAG defines ὀλίγος as “few” (as opposed to πολλοί), “little, small, short” (of amount, duration, or distance), and in terms of degree, “little, slight.” How do you make a decision?

Context! ὡς is primarily a comparative particle or conjunction meaning “as.” The comparison is between the disciples’ (small) faith and the (small) mustard seed. A more neutral translation of ὡς would be “like” (ESV) or “as” (KJV). A more interpretive translation would be “the size of” (NASB, HCSB, NRSV, NET), “as small as” (NIV, NLT), “the size of” (NJB), or “as big as” (TEV). The NET has the translators footnote “Grk ‘faith as,’ ‘faith like.’” So in what sense is the disciples’ ὀλιγοπιστία ὡς a mustard seed, the most obvious point being the size? Infinitesimally small.

Carson comments that “despite the etymology of the word, it probably does not refer so much to the littleness of their faith as to its poverty.... Little faith, like a little mustard seed, can be effectual; poor faith, like that of the disciples’ here, is ineffectual.” He concludes, “At a superficial level, the disciples did have faith. They expected to be able to exorcise the demon. They had long been successful in this work, and now they are surprised by their failure. But their faith is poor and shoddy. They are treating the authority given them (10:1, 8) like a gift of magic, a bestowed power that works ex opere operato. In Mark, Jesus tells them that this case requires prayer — not a form or an approved rite, but an entire life bathed in prayer and its concomitant faith. In Matthew, Jesus tells his disciples that what they need is not giant faith (tiny faith will do) but true faith — faith that, out of a deep, personal trust, expects God to work.” Marshall talks about “the weakness of their faith” (529).

While this is good theology, I do wonder about the actual words used. “Little faith” must be “like” that of a mustard seed. A mustard seed does not have any faith, so I am not sure you can get the idea of “poverty” out of the comparison. Hence, I do prefer the idea of size. While the disciples do have faith, it has not yet achieved even the figurative “size” of the smallest of seeds.

At the end of the day, I am not sure there is a significant difference, which is why I quoted so much of Carson. The disciples’ faith, no matter how small and imperfect it is, cannot exorcise this type of demon. After all their time with Jesus, their faith was almost immeasurable. The power to effect massive change — whether it be exorcisms or throwing a mountain into the sea — lies not in the one who has faith but in the object of that faith, Jesus.

Even the smallest amount of true faith in the one true object of faith — Jesus — is all we need.

William D. [Bill] Mounce posts about the Greek language, exegesis, and related topics at Koinonia. He is the author of numerous works including the recent Basics of Biblical Greek Video Lectures and the bestselling Basics of Biblical Greek. He is the general editor of Mounce's Complete Expository Dictionary of the Old and New Testament Words. He served as the New Testament chair of the English Standard Version Bible translation, and is currently on the Committee for Bible Translation for the NIV.

Bill Mounce
Bill is the founder and President of BiblicalTraining.org, serves on the Committee for Bible Translation (which is responsible for the NIV translation of the Bible), and has written the best-selling biblical Greek textbook, Basics of Biblical Greek, and many other Greek resources. He blogs regularly on Greek and issues of spiritual growth. Learn more about Bill's Greek resources at BillMounce.com.
Next Post
Extracurricular Activities 9.27.14 — Greco-Roman Jesus, Charles Hodge, and the Christian Masculinity Complex 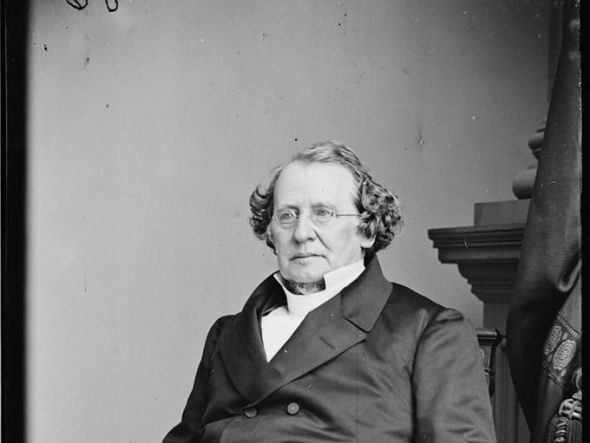 Extracurricular Activities 9.27.14 — Greco-Roman Jesus, Charles Hodge, and the Christian Masculinity Complex Roger Olson on Charles Hodge as "Gold Standard" Reformed Theologian Tucked away inside my copy of Volume 1 of his System...
Your form could not be submitted. Please check errors and resubmit.