What is philosophical theology? 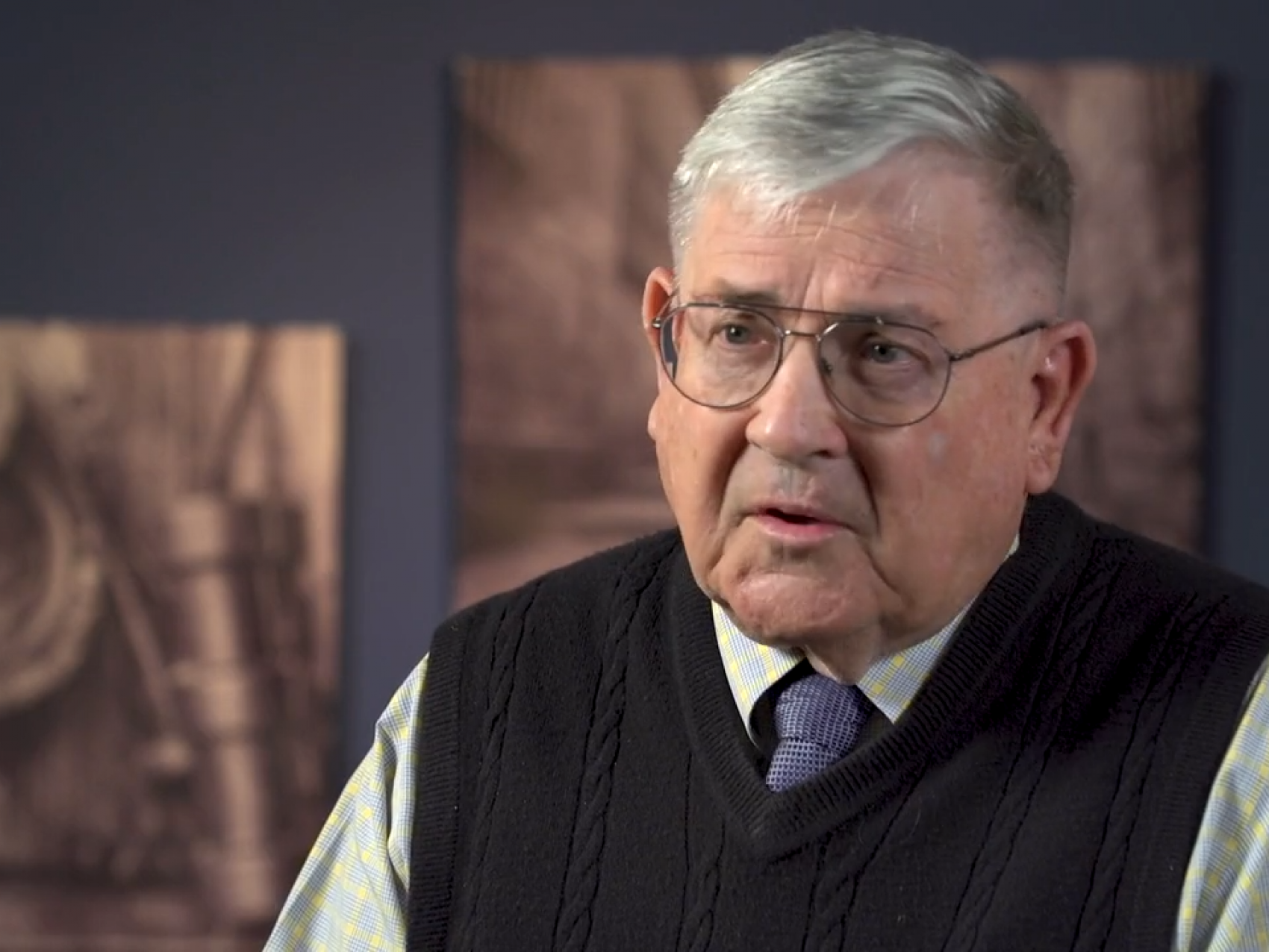 Theology involves thinking and speaking about God, which is a task that should be approached with some measure of fear and trembling. Theology matters not just in academia or in the classroom but also in the everyday lives of Christians who worship God and believe in him.

But what does theology have to do with philosophy? How should we employ philosophical tools in studying Christian theology? How do we examine the logical consistency or intelligibility of the key doctrines of the Christian faith, such as the doctrine of the Trinity or the incarnation. Is it okay to ask these questions?

When faced with these difficult issues, one may be tempted to say that they are so mysterious that we are unable to have any coherent understanding of them at all. Usually this becomes a conversation stopper, which is quite unfortunate. After all, what Scripture and theologians have typically meant by “mystery” is the revealing of something not previously known and something that could not have been known without divine revelation. Saying “we can’t ever understand” in response to difficult doctrines may lead to intellectual laziness or sloppy thinking. Of course, no sensible Christian would claim that we could ever completely understand these Christian doctrines. But Christians have a responsibility to present a logically consistent account of Christian doctrines; for we reject certain religions or certain claims from other religions on the grounds that they are logically inconsistent or unintelligible. So, at a bare minimum, Christian doctrines should not contain logical contradictions or be utterly incomprehensible.

This is the realm of philosophical theology: the sort of contribution philosophical reasoning can bring while studying and reflecting on some of the core Christian doctrines. The goal is not to solve these theological quandaries the way we solve puzzles and riddles. Rather, the goal is to deepen our understanding and appreciation of doctrines we believe because God has revealed them to us.

Theology can be characterized as the attempt to think clearly and methodically about the doctrines that Christians believe were revealed to us by God. Many of those doctrines are obviously essential to Christianity. They include beliefs about God, Christ, the world, human beings, the future, and many other things. Theology is an attempt to clarify and explain what those doctrines are. We would argue that theology is something every Christian practices, but there are also many recognized theologians in the church, both past and present. Obviously, Christians do not always agree on doctrine; theology is often argumentative. But we would also claim that there are certain core beliefs that are essential to Christianity and that all Christians should hold.

There are many branches of theology:

Here are a few examples of the ultimate questions we’re talking about:

These are questions that keep reappearing in the history of human thought (and keep some people up at night!), and they do not seem to be answerable by the methods of science. We cannot conduct an experiment, crunch numbers, or take a poll to find the answers. They are, then, ultimate questions.

Philosophy seems to some people to be vague, speculative, and irrelevant to real life. But it should not be so. Philosophy tries to help people in a concrete way: it tries to answer questions like these that fascinate many of us. Philosophy is not just for professional philosophers. Anyone who asks an ultimate question is a philosopher. We encounter philosophical questions in unexpected places—not just in the classroom but also in the marketplace, not just in dusty textbooks but also in movies, songs, novels, and poems.

Philosophy can be both fascinating and frustrating. The fascination emerges from the intrinsically interesting questions it considers. The frustration emerges from the fact that philosophical investigations do not always yield clear or easy answers. Often the end result of philosophical inquiry is more questions. This was the case for the Greek philosopher Socrates, and it made his interlocutors quite upset! Even if we cannot satisfactorily answer every philosophical question, we think progress is made when the questions we care about are further clarified, when certain positions are ruled out, and when we get a better handle on what approach or which method would be useful in addressing certain questions.

That said, we do think that we can answer some ultimate questions, even if we aren’t certain of our answers or even if disagreement with other philosophers remains. We even think that we have found some answers to some of the ultimate questions, though we recognize our fallibility, which is why we want to continue engaging in discussion. Being certain about anything is hard, and so philosophers typically welcome objections and criticisms to their views and arguments, since being shown where we went wrong would be an intellectual improvement. The goal of argumentation, as we see it, is not to be combative; rather, it is a way of offering reasons for one’s views or of raising concerns with various attempts to answer ultimate questions.

Before we move on to explaining what philosophical theology is, we should ask what the relationship is between philosophy and Christian theology. This is a complicated question. On the one hand, it is clear that there are similarities between the two. Many of the questions asked by philosophers are similar to those that theologians attempt to answer: Does God exist? What will happen to me when I die? What is the meaning of life? Also, philosophers and theologians share certain methodological preferences: both strive for connected, systematic thinking. Moreover, both disciplines are to an extent backward-looking disciplines. Both philosophers and theologians carefully study the works of previous practitioners. In fact, much of the impetus for their work is provided by the study of the past.

But there are also important differences. The most important one is that Christian theology is based on the assumption that certain propositions are to be accepted because they are revealed truths. In theology, that is, certain claims can be and commonly are accepted on authority, for example, because the Bible says so. Thus, in the pages of Christian theological works, it is quite common to find biblical references appended to arguments, references that are obviously designed to lend credence and authority to the points being made. Typical philosophers, on the other hand, require arguments, reasons, or evidence in order for some point to be acceptable. They will rarely, if ever, appeal to an authority as a reason for accepting a view. Instead, they will typically appeal to the reason or argument given for that view.

Because of this difference, some people think that philosophy and theology are enemies. Many philosophers have apparently believed this, and so have some great figures in Christian theology, from Tertullian to Karl Barth. Some even think that the apostle Paul asserted passionately that philosophy and the Christian gospel are at odds with each other: “See to it that no one takes you captive through hollow and deceptive philosophy, which depends on human tradition and the elemental spiritual forces of this world rather than on Christ” (Col. 2:8). Paul’s words can easily be misinterpreted. Of course many philosophies are inimical to Christian faith, but we believe that philosophy itself—the search for answers to ultimate questions—is neutral. Some philosophers attack religion and some defend it, but philosophy itself is neither an enemy nor a friend of Christian faith.

The brief passage from Colossians should not be taken as a condemnation by Paul of all philosophy. Paul’s speech at Athens recorded in Acts 17 shows how he could appreciate and even utilize the current philosophy of his day. He even appears to have quoted Stoic philosophers and poets! What Paul was criticizing were the fantastic and mythological speculations that were being perpetrated among the Colossian Christians. In effect, he was saying, “Do not allow yourselves to be deluded by empty, superstitious thought masquerading as wisdom or philosophy.”

But we do not hold that reasoning is divorced from faith. Although reasoning does not exhaust faith, we believe that it is a vital element in faith. Moreover, as Thomas Aquinas argued, philosophy can do some things for faith. It can help to systematically order the propositions that are accepted on faith. And it can help defend them against criticisms. Accordingly, philosophy can helpfully relate to both systematic theology and apologetics.

Not all Christians see themselves as philosophers, although, as we stated above, all Christians are philosophers to the extent that they ask ultimate questions. But some believers should try to systematize and defend the faith. Indeed, some Christians must do philosophy. For philosophically inclined persons who are also Christians, doing philosophy may be a spiritual necessity because they are incapable of believing unless their rational scruples allow it. This does not mean that the faith of such people is merely intellectual—cold, theoretical, and dispassionate. Philosophically inclined believers can be deeply and passionately committed to the faith.

What is philosophical theology?

The crucial point is that philosophical theologians, unlike those who are doing philosophy of religion, are prepared to accept the truth of crucial Christian beliefs at the outset. Some of these truths are often argued for, of course, but they are also sometimes taken as assumed premises in arguments. Philosophical theologians bring their faith commitments with them.

Philosophical theology, then, allows propositions concerning doctrines such as the Trinity or the incarnation to run through the rigor of philosophical scrutiny with tests of intelligibility and logical consistency. Moreover, the goal is to attain deeper understanding of Christian teaching. No sensible philosopher or theologian will deny the shroud of mystery that overhangs our thinking about God, and hence no sensible philosopher or theologian will strive for total comprehension or strive to remove all the mysteries. But the desire is to have faith seeking understanding.

In our opinion there is far too much ignorance and intellectual sloppiness among some Christians and, unfortunately, among some church leaders. For example, in our experience we have encounteredsome Christians who hold to the following beliefs:

Christian leaders have a responsibility to correct these sorts of errors, to instruct people as to what true Christian beliefs and practices are. We believe that philosophical theology can greatly assist in that task.

There is, of course, much more to doing theology than what logic and philosophy can contribute. But to us, it is not surprising that there is an array of sloppy thinking about theological matters by those who neglect to learn basic logic and philosophy.

We hope that as you go through this book and this series, you will see what philosophical theology can contribute as we labor together in thinking and speaking about the God who has revealed himself to us.

Learn more in Introduction to Philosophical Theology. Topics covered include:

Get the book, or stream the video series. 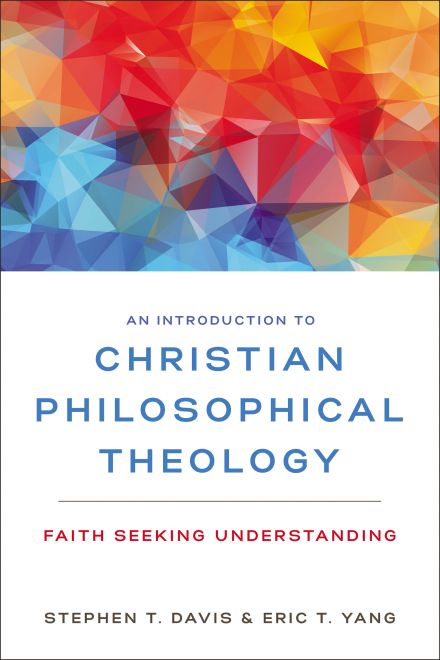 An Introduction to Christian Philosophical Theology Stephen T. Davis
'Thinking deeply and clearly about God is imperative for all Christians. The task of theology brings biblical, historical, and systematic resources to bear on t...
Softcover
Not Available Request an Exam Copy
Next Post
Word Study: “Affection” (σπλάγχνον) - Mondays with Mounce 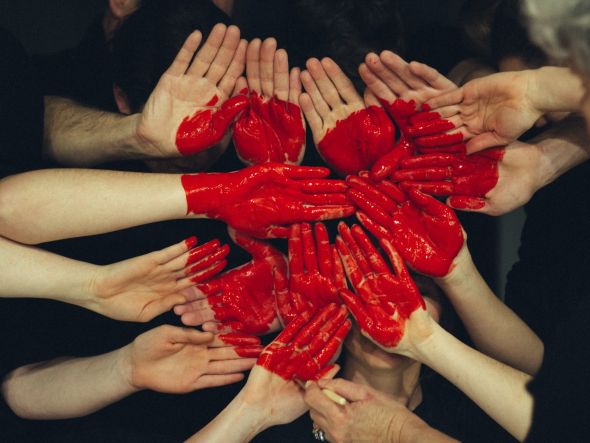 Word Study: “Affection” (σπλάγχνον) - Mondays with Mounce We live in such a culture of un-grace, one without natural affection. Whether it is rancid politics or gossipy and criti...
Your form could not be submitted. Please check errors and resubmit.