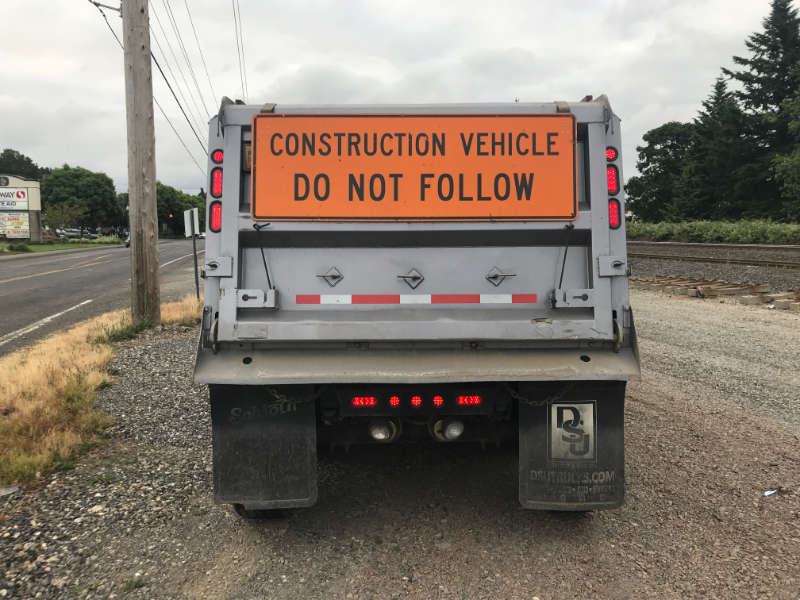 I saw a chart the other day that mapped out how "accurate" different translations are. Unfortunately, based on the translations that were deemed "accurate," you could see that the author had a defective view of what "accurate" means.

The old adage is that you measure what you value. If you value the replication of words, then the most formal equivalent translations will win.

I am only somewhat amused at the marketing of the Bible that champions what they call "optimal equivalence," and surprise, surprise, they are the most optimally equivalent translation. The problem with their marketing is that I know the programmer who did the math, and his work is based on a reverse interlinear approach that sees the purpose of translation to be the replication of the words. You measure what you value.

But two things happened to me the last couple days that illustrate the real issue. This morning I was driving to the gym and saw a construction truck in front of me with the sign, "Construction Vehicle. Do Not Follow." Now, if a German friend who didn't speak English were riding with me and wanted to know what the sign was, how should I translate it?

The problem, of course, is that the sign does not say what it means. How can you not follow the truck in front of you? Once the truck is on the road, does the road have to be vacated until it leaves the road? Of course we understand that it means, "Do not follow closely." So what would be an accurate translation? If you said, "Folge nicht," would that be an accurate translation for your friend? Or would you have to say, "Folge nicht genau"?

It's kind of like a stop sign. The last thing it means is stop. It means, stop, and when it is your turn go; otherwise, you would never leave the intersection.

The second thing that happened was that I was translating Philippians 2 with Martin (a friend) and we came to 2:13. "For it is God who is at work in you, both to will and to work on behalf of his good pleasure (ὑπὲρ τῆς εὐδοκίας)." What is an "accurate" translation of the verse? Every major translation says "his good pleasure," even though the possessive pronoun αὐτοῦ does not occur. The KJV and NASB put "his" in italics, which is not technically accurate because we know that ὁ (τῆς) can function as a possessive pronoun, and the fact that it is unusual to have ὁ in a prepositional phrase clearly shows that ὁ is functioning as a possessive.

So what is more "accurate"?

#1 isn't accurate since it doesn't mean anything in context. What does "the" refer to?

#2 isn't accurate since "his" is present in the Greek as τῆς.

#3 is accurate since is accurately conveys the meaning of ὑπὲρ τῆς εὐδοκίας.

Bill Mounce
Bill is the founder and President of BiblicalTraining.org, serves on the Committee for Bible Translation (which is responsible for the NIV translation of the Bible), and has written the best-selling biblical Greek textbook, Basics of Biblical Greek, and many other Greek resources. He blogs regularly on Greek and issues of spiritual growth. Learn more about Bill's Greek resources at BillMounce.com.
Next Post
Does John 3:16 Say "Whoever"? - Mondays with Mounce 323
Does John 3:16 Say "Whoever"? - Mondays with Mounce 323 I have received several questions about the use of "whoever" in the translation of John 3:16, so I thought it would be g...
Your form could not be submitted. Please check errors and resubmit.