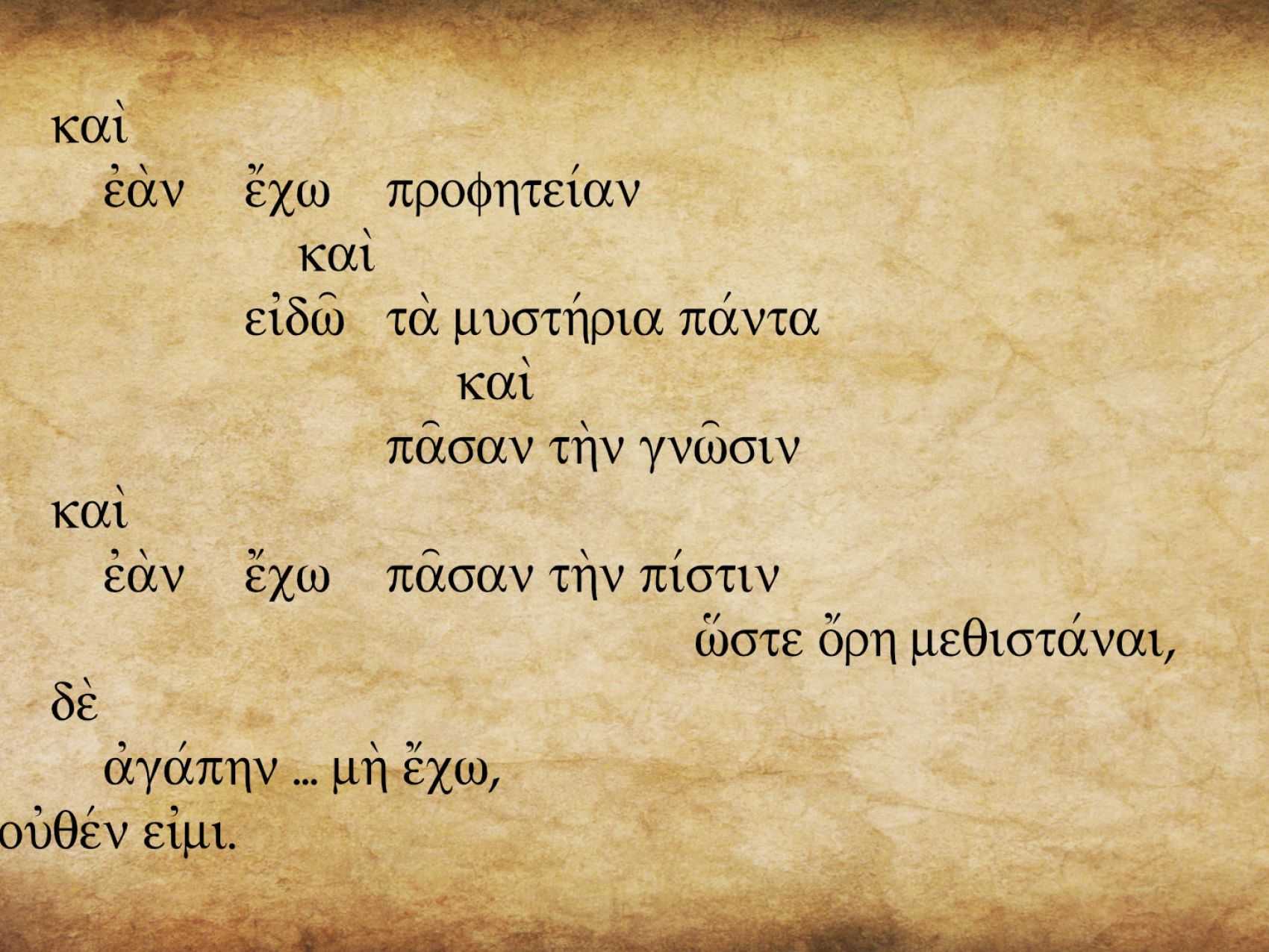 Sometimes the absence of a comma can significantly alter the meaning of a passage, and its inclusion can clarify. 1 Corinthians 13:2 provides such an example.

The NIV of v 2 says, “If I have the gift of prophecy and can fathom all mysteries and all knowledge, and if I have a faith that can move mountains, but do not have love, I am nothing.” How many gifts is Paul talking about?

The comma after “knowledge” suggests there are two, “prophecy” (that makes fathoming mysteries and having knowledge a result of prophecy), and secondly, “faith” (see also the NASB, CSB). The problem is that it seems doubtful the latter two gifts stem from prophecy.

The ESV at least has two commas. “And if I have prophetic powers, and understand all mysteries and all knowledge, and if I have all faith, so as to remove mountains, but have not love, I am nothing” (also the NRSV, NET, NLT). This at least separates the second and third gift from “prophecy,” but it does not separate them from each other.

It is helpful to look a few chapters back to 12:8–10 where Paul spells out the Spiritual gifts, and in these verses translations clarify that the first three are distinct gifts.

In other words, back to 13:2, knowing mysteries and having knowledge are separate from prophecy, despite (what I believe is) the inaccurate use of commas in the NIV, NASB, and CSB.

The Greek is actually pretty clear as my phrasing above shows. (For more on phrasing see www.billmounce.com/phrasing.) Following the mention of tongues (v 1), Paul has four “if” clauses. ἐάν is only stated twice and is assumed the two other times, and εἰδῶ is assumed with the parallel πᾶσαν phrase. I have added them in gray below.

By the way, assuming words in parallel statements is standard Greek.

If this is correct, then those pesky commas should make it clear that there are four separate gifts being contrasted with love: prophecy, understanding mysteries, having knowledge, possessing faith. I would prefer something like, “And if I have the gift of prophecy, and understand all mysteries, and have all knowledge, and if I possess all faith so that I can remove mountains, but do not have love, I am nothing.”

Paul says that we are to desire the greater gifts (1 Cor 12:31; cf. 14:1). Which of these would you desire? For me, it is “faith.” I would love to believe anything and everything the Lord put on my heart, and act on it. Not just believe that he “could” give me what he asked me to believe (which of course he can), but that he “will” give me the faith to believe what he has asked me to believe. I have no desire for a Mercedes Benz (contra Janis Joplin), and God has not put that on my heart. But I want to believe, and then act on that faith, that he will increase the quality and reach of BiblicalTraining.org to the ends of the earth. I want to believe that. 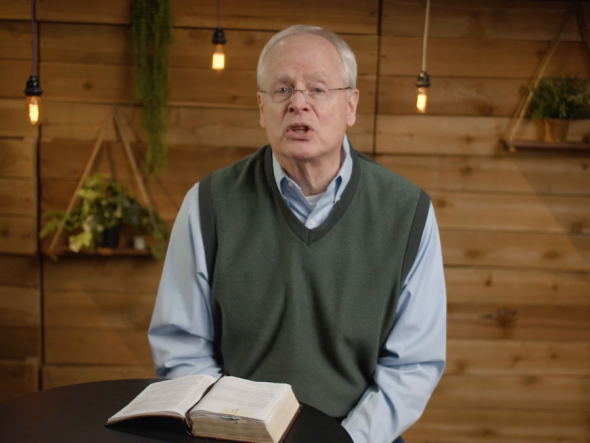 Understanding Cessationism from a Continuationist Perspective In Understanding Spiritual Gifts, Sam Storms addresses common questions and misunderstandings around the topic of spirit...
Related Posts
Spiritual “Gifts” or “Things” - 1 Cor 12:1 (Monday with Mounce 144) Usually adjectives used substantivally (i.e., as nouns) are pretty easy to figure out. Between the meaning of the adjective and the context of the passage, the translator can figure out how ...
Bill Mounce May 14, 2012
Is 1 Corinthians 13 Poetry? (Monday with Mounce 37) We had an interesting experience on the ESV translation committee when we were doing 1 Cor 13. We were working really hard on the passage, perhaps especially hard since it was such a famous ...
Bill Mounce June 1, 2009
Your form could not be submitted. Please check errors and resubmit.