Usually it is no big deal to find an antecedent. Start looking for a word with the same number and gender as the pronoun. Every once in a while, however, the antecedent can be a little elusive.

In Phil 1, Paul explains how his imprisonment and all that has happened to him (τὰ κατ᾿ ἐμὲ) has served to advance the gospel throughout the Palace Guard, which in turn has emboldened the Philippian Christians (1:12–15). He then includes a short caveat, explaining that different people have different motives, but at the end of the day he concludes ἐν τούτῳ χαίρω (1:16–18a).

Paul then shifts tenses from the present χαίρω to the future χαρήσομαι to say that he will also rejoice because he knows (οἶδα γάρ) that “this” (τοῦτο) will turn out for his (μοι ἀποβήσεται) deliverance (or salvation, εἰς σωτηρίαν). What does τοῦτό refer to?

Part of the confusion is that it could sound like the things in his past, the good and the bad, will somehow just work out and all will be good, a Pollyanna approach to life that misses the second half of the verse. The reason why things will turn out good is due to two forces: “your prayers” (διὰ τῆς ὑμῶν δεήσεως) and “the help of the Spirit of Jesus Christ” (ἐπιχορηγίας τοῦ πνεύματος Ἰησοῦ Χριστοῦ). So it is not that “this” automatically leads to his deliverance; but still the question remains, what is the antecedent of τοῦτο?

I enjoyed reading Gordon Fee’s commentary on this passage. He says that τοῦτο refers to “this whole affair (= my present circumstances).” But in the footnote he argues against seeing vv 12–18b as the antecedent since that would require the plural ταῦτα. While I hesitate to disagree with Gordon on a point of grammar, I am not convinced. When Greek wants to refer back to not one specific thing but to a larger concept, it uses the neuter; I don’t think it has to be plural. BDAG’s illustrations simply use the neuter.

I especially enjoyed his footnote; Gordon was on the CBT for the NIV in 1995, the date of the commentary. He says, “The NIV takes considerable liberty in translating τοῦτο ‘what has happened to me,’ which not only seems to require ταῦτα, but also adds a ‘to me’ that is not justifiable under any circumstances” (p 131n22). Sounds to me like Gordon lost the vote on that verse.

Most likely τοῦτο does refer to Paul’s present circumstances, good and bad, and in the midst of these circumstances he is confident that he will be delivered because of their prayers and God’s work. And this surely is cause for rejoicing.

Bill Mounce
Bill is the founder and President of BiblicalTraining.org, serves on the Committee for Bible Translation (which is responsible for the NIV translation of the Bible), and has written the best-selling biblical Greek textbook, Basics of Biblical Greek, and many other Greek resources. He blogs regularly on Greek and issues of spiritual growth. Learn more about Bill's Greek resources at BillMounce.com.
Next Post
Who wrote Jude? 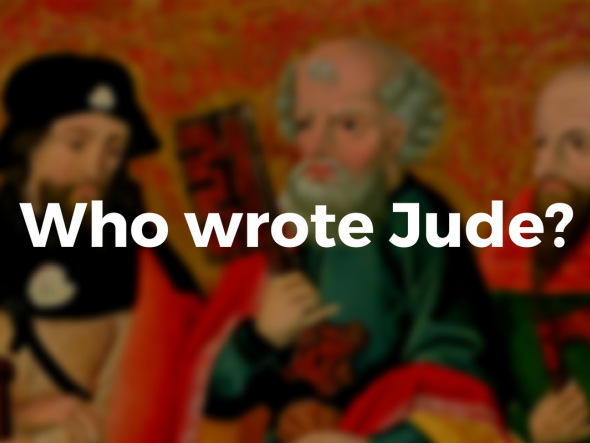 Who wrote Jude? The book of Jude itself tells us that it was written by “Jude, slave of Jesus the Anointed One, and brother of James.” ...
Your form could not be submitted. Please check errors and resubmit.