I was asked if there are one or two groups of people who will be punished: those who worshipped the beast; those who received the mark. What raised the question was the differences in translations.

At the root of the confusion is the simple καί. If it is the normal connective, it means “and.” If it is the common epexegetical (TEV), it means there is only one group with multiple characteristics.

I can find no support in BDAG for the NIV “or”; however, I have never seen a random translation (i.e., one without a reason) so I have to assume there is some reason for the “or.” But then again, the NIV uses “and” in v 9, so this may be an inconsistency.

I would imagine that anyone worshipping the beast will at the same time have received his mark, and so the simple “and” seems best. But the TEV does show that almost every word requires interpretation in the process of translation, even something as simple as καί.

William D. [Bill] Mounce posts about the Greek language, exegesis, and related topics at Koinonia. He is the author of numerous works including the recent Basics of Biblical Greek Video Lectures and the bestselling Basics of Biblical Greek. He is the general editor of Mounce's Complete Expository Dictionary of the Old and New Testament Words. He served as the New Testament chair of the English Standard Version Bible translation, and is currently on the Committee for Bible Translation for the NIV.

Bill Mounce
Bill is the founder and President of BiblicalTraining.org, serves on the Committee for Bible Translation (which is responsible for the NIV translation of the Bible), and has written the best-selling biblical Greek textbook, Basics of Biblical Greek, and many other Greek resources. He blogs regularly on Greek and issues of spiritual growth. Learn more about Bill's Greek resources at BillMounce.com.
Next Post
Extracurricular Activities 10.4.14 — Bible Translations, Jesus's Parables, & Theological Education's Mission 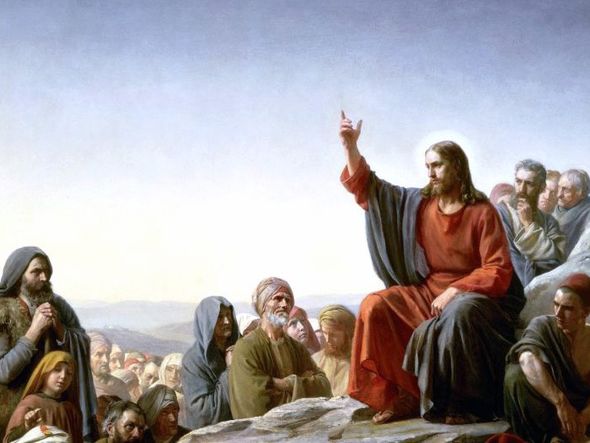 Extracurricular Activities 10.4.14 — Bible Translations, Jesus's Parables, & Theological Education's Mission Scot McKnight on the Politics of Bible Translations The Bible you carry is a political act. By “Bible” I mean the Transl...
Your form could not be submitted. Please check errors and resubmit.