Who Wrote the Book of Ruth? 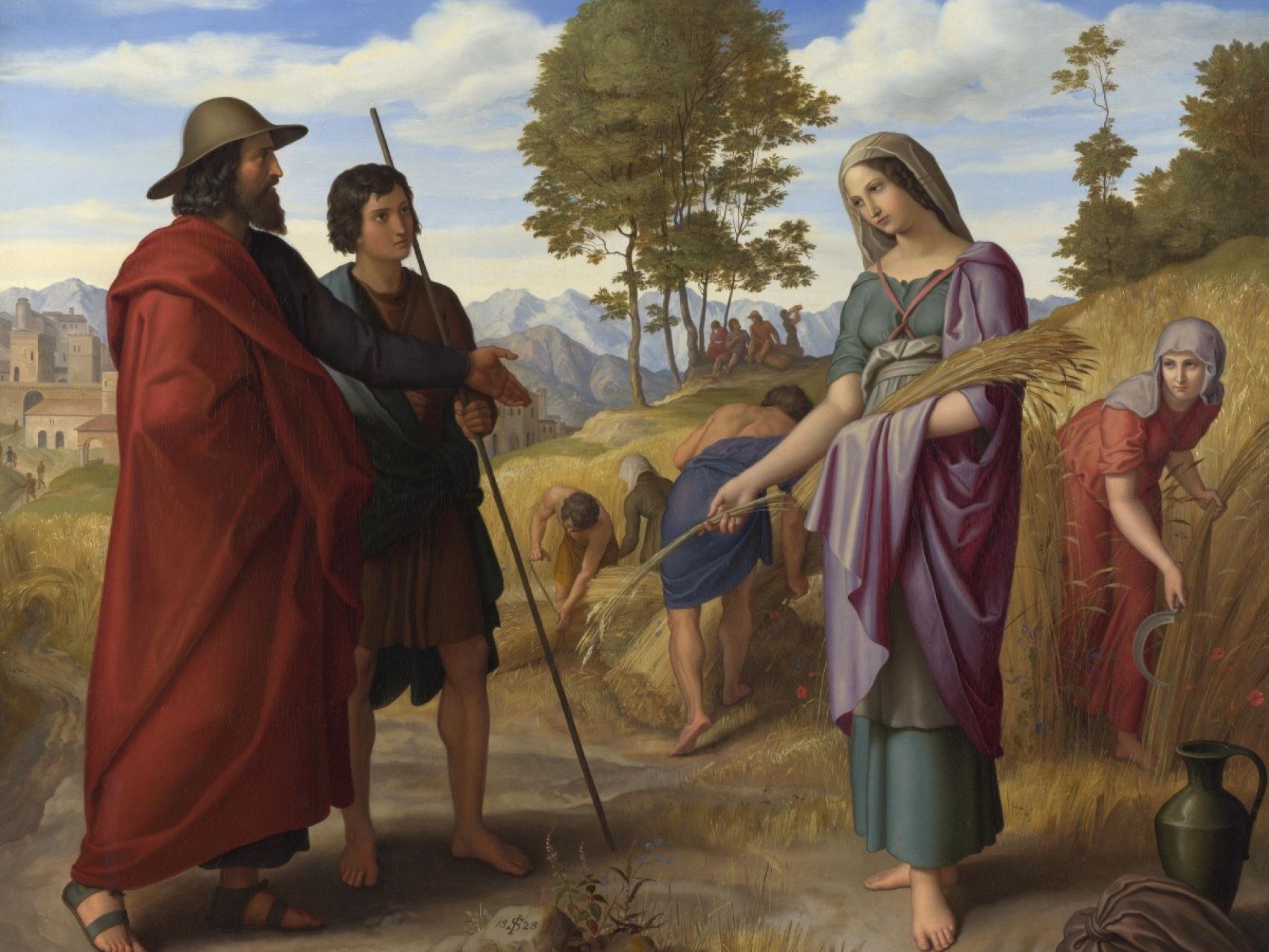 Today’s post is adapted from Daniel I. Block’s video lectures on Ruth and his commentary on Ruth in the Zondervan Exegetical Commentary on the Old Testament.

The book of Ruth does not specifically identify either the author or the circumstances of its composition.

There are several proposals as to who may have written the book of Ruth:

When was the book of Ruth written?

The question of who wrote Ruth is related to the question of when they wrote it. For more than a century the majority of critical scholars have tended to argue that Ruth was written after the return from exile. This conclusion is based upon six principal arguments:

Let’s take a closer look at some of these arguments.

Recognizing the subjectivity of some of these arguments, Frederick Bush claimed to take a more objective course by looking for clues to the book’s date and provenance in its language. He acknowledged that the author employed at least ten linguistic features that characterize Standard Biblical Hebrew, which is pre-exilic by definition. However, the situation is complicated by a series of features that push it in the direction of Late Biblical Hebrew. Bush concluded that the author cannot have lived earlier than Ezekiel, whose work reflects the linguistic transition between Standard Biblical Hebrew and Late Biblical Hebrew.

The cluster of late and Aramaic features in Ruth 4:7 suggests an early postexilic date for this addition, perhaps shortly after 538 BCE.

For centuries the faithful in Israel, particularly those associated with the Davidic house, and perhaps women in general, will have delighted in this story of a resourceful Naomi and her courageous foreign-born daughter-in-law, and passed it on from generation to generation by word of mouth. Although with each retelling the language of narrative is more prone to updating than the language of poetry, some archaic features may represent linguistic fossils from earlier times.

Bush suggests the author intended to present Naomi, Ruth, and Boaz as models of hesed for his hearers to emulate, but as secondary objectives the book also affirms God’s absolute control over the affairs of this world and his providential involvement in the lives of individuals.

The Davidic connection in the conclusion, in Ruth 4:17–22, elevates both the story and David by focusing hearers’ attention on developments beyond this moment, and by reflecting David’s worth “through the quality of life of his forbears”:

What are we to make of this?

On the surface, Bush’s arguments are convincing.

However, since the entire Hebrew Bible represents but a linguistic fragment of the full Hebrew language spoken in ancient Israel, we should be cautious about dating the book based on reconstructions of the history of language. If Ruth derives from late exilic or early postexilic times, it is remarkable that a composition of 1,294 words should contain only eight clearly late features.

Apart from these linguistic considerations, the reference to “the days when chieftains governed” in the opening verse suggests that in the author’s mind the pre-monarchic period described in the book of Judges was a distinct era.

The ignoble qualities of most characters in Judges cast into sharp relief the nobility and integrity of the characters in Ruth. If Judges was composed to alert what remained of the nation of Israel to the people’s spiritual decline during the reign of wicked Manasseh, then Ruth was probably composed prior to sixth century BCE.

The book’s interest in the Davidic house may reflect the renaissance of the dynasty under the reign of Josiah (640 – 609 BCE), for a few reasons:

Additionally, Ruth 4:7 explains a custom no longer practiced at the time of the writing of the book: “Now in earlier times in Israel, for the redemption and transfer of property to become final, one party took off his sandal and gave it to the other. This was the method of legalizing transactions in Israel.”

A late seventh-century BCE date—that is, that the book was written during the reign of Josiah—may accommodate both the cultural and chronological distance required between the events described and the composition of Ruth 4:7 and account for some of the book’s Late Biblical Hebrew and Aramaic features.

The main reason for this date is the positive disposition of the narrator toward Ruth the Moabite, which suggests to many that this narrative was written to protest Ezra and Nehemiah’s strict policies against mixed marriages in the early fifth century BCE, outlined in Ezra 10 and Nehemiah 13:23–31.

In the face of hardened attitudes toward Ammonites and Moabites in particular, the author of Ruth is supposedly combating the narrow anti-foreigner stance of the ruling authorities by portraying the alien Ruth as:

However, by highlighting Ruth’s Moabite origins the author has portrayed both Naomi and Boaz as exceeding the letter of the law in Deuteronomy 23:3–6 and grasping the spirit of the Mosaic Torah.

Ruth’s original readers and hearers would know that a true Israelite is devoted to Yahweh, as outlined in several passages in Deuteronomy, including 6:4–5 and 10:12–11:1—as opposed merely to being a descendant of Abraham via Jacob. In that case, then an outsider who identifies with Israel and declares allegiance to their God is a true Israelite.

Thus, the book of Ruth is a strong argument against the anti-foreigner climate of Ezra and Nehemiah.

The authorship of Ruth

As we can see, knowing who wrote the book of Ruth depends in part on when the book was written—but there isn’t strong evidence for an early, middle, or late date. Thus, even by our interpretation, the identity of the author remains unresolved, and any proposal remains speculative.

Let’s look at a few options.

If a resident of the territory that was once part of the Northern Kingdom wrote the book, that person could have been either a Judaean who moved north or a survivor of the Assyrian occupation of the Northern Kingdom. Perhaps responding to some northerners’ objections to Josiah’s political ambitions and denigration of his character by highlighting the ethnic blemish in the royal family, this tractate demonstrates that nobility is not merely an issue of blood, but of character. Boaz and Ruth both represent what was authentically pious in Israel’s covenantal tradition. Furthermore, the fact that a foreigner like Ruth could be so thoroughly integrated into the life and faith of Israel opened the door to non-Israelites living in the Assyrian province. With her immortal declaration in Ruth 1:16–17, this Moabite serves as a model for all aliens: if they will cast their lot with the people of Israel and commit themselves to YHWH their God, they too may find a home in the covenant community.

Perhaps more important than silencing Josiah’s detractors, with this book the author celebrated the return of his own region to the only legitimate dynasty the Israelites had ever known. The narrator undoubtedly drew on traditions based in Bethlehem, but throughout Israel’s history the people will have rehearsed the story of the rise of the house of David from the chaos of the pre-monarchic period.

The linguistic features that link this book with early biblical Hebrew echo earlier versions of the story, but in retelling the story for the present generation the author may have sought to inspire his fellow Northerners to cast their lots with the revived Davidic house. In the story he may have found grounds for hope for his own time. Just as YHWH had preserved the lineage of David through the dark days of the judges, so he had preserved the residents of the Northern Kingdom through the night of Assyrian domination. Ruth is then a testimony to the blessing that comes to those who will live in faithful covenant relationship with God and to God’s providential hand upon the house of David.

Claiming Ruth as an ancestress is no cause for shame for the Davidic dynasty. Rather, she symbolizes the universal scope of the Davidic covenant implied by the enigmatic but profound affirmation in 2 Samuel 7:19: “This is the instruction/revelation for humanity.” 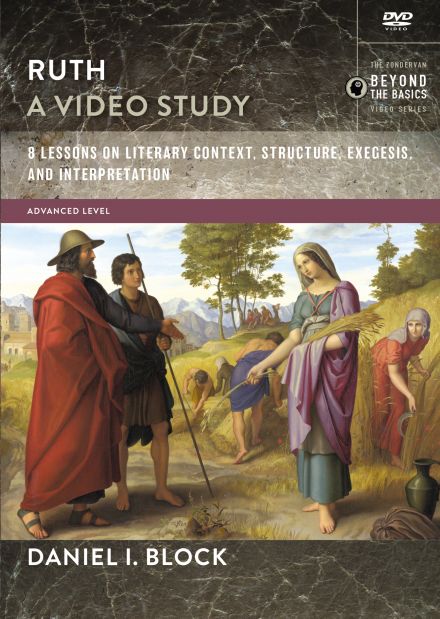 Ruth, A Video Study Daniel I. Block
Ruth, A Video Study, together with the accompanying commentary on Ruth in the Zondervan Exegetical Commentary on the Old Testament, brings to light the universa...
DVD
Not Available Request an Exam Copy
Next Post
The Problem of Warfare in the Book of Joshua 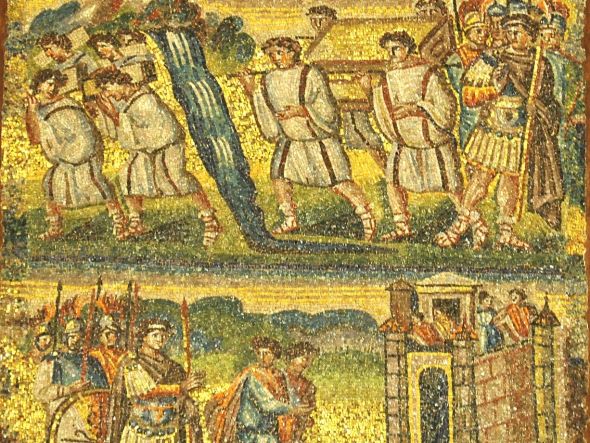 The Problem of Warfare in the Book of Joshua This post is excerpted from Lissa Wray Beal’s commentary on Joshua in The Story of God Bible Commentary and her video le...
Your form could not be submitted. Please check errors and resubmit.