Will You Ask America to "Forgive Us" of 7 Social Sins? 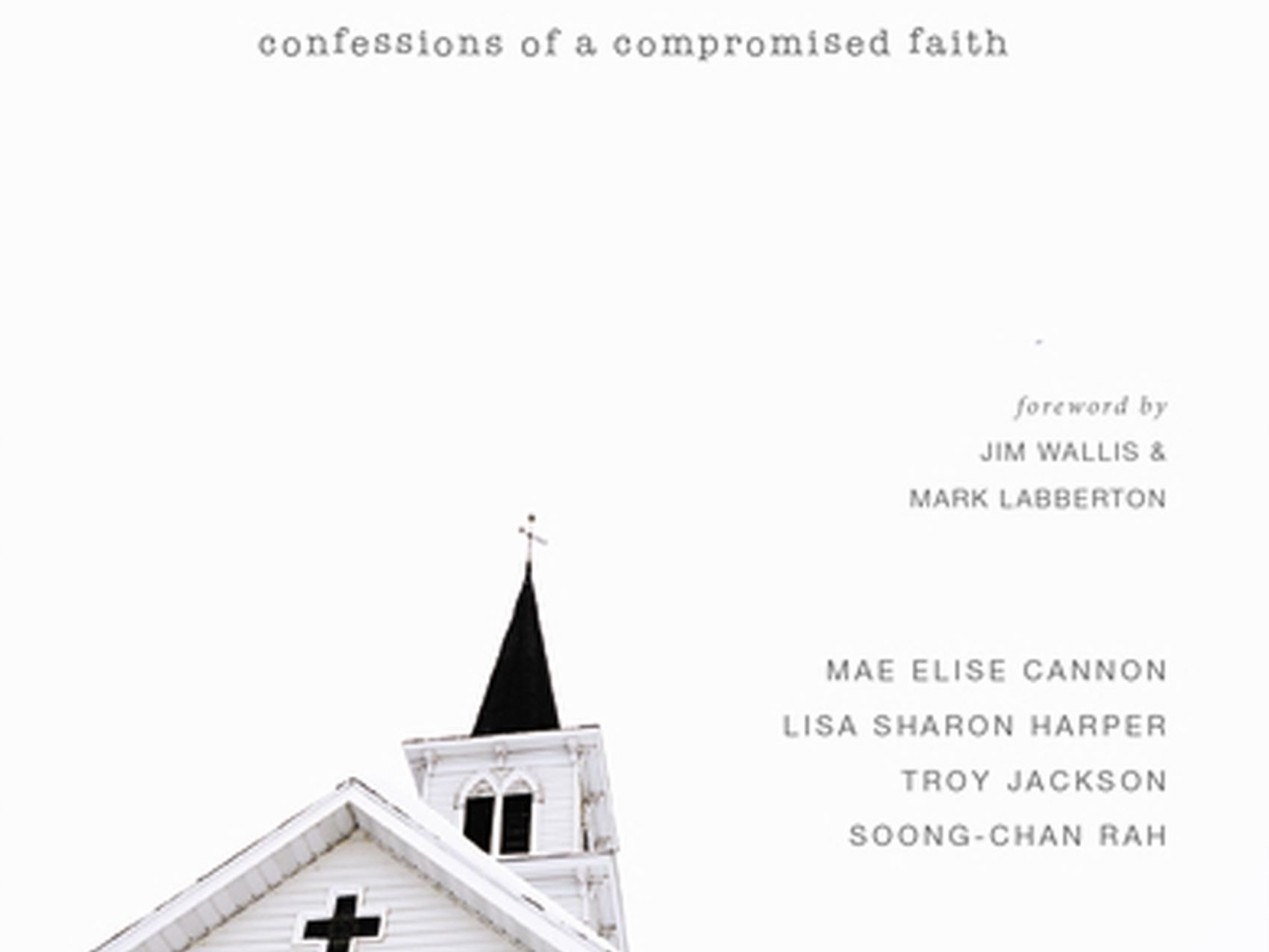 In a post-Ferguson world, this book is timely for the Church.

I could add that in a post-Trail-of-Tears,  post-Stonewall riots, post-9/11 world this book comes at a good time in the life of the church, too.

The book is Forgive Us, a book that self-consciously “acknowledges the legitimacy of much of [peoples’ anger and frustration with organized religion] and recognizes that the church through the ages has experienced significant brokenness, a brokenness that demands to be acknowledged and repented of.” (31)

Authors Mae Elise Cannon, Lisa Sharon Harper, Troy Jackson, and Soong-Chan Rah offer the American church this guide — to help the church confess to the world and to God the church's complicity and culpability in seven sins, sins against: God’s creation, indigenous people, people of color, women, the gay community, immigrants, and Jews and Muslims.

The authors note their call to confession follows a long tradition of corporate confession that’s rooted in the Bible itself:

“Given the evidence of our history, we call upon the American church, corporately, to respond with confession for our deeds and the deeds of our forebears.” (22)

Will you join them in confessing these seven ethnic, gender, national, class, and political sins?

According to the authors, the attitudes of American Christians toward the stewardship of the environment and creation in North America are rooted mostly in a “modernist framework, stressing utility and functionality.” They offer the Appalachia regions as evidence of the “devastating effects” (39) such attitudes have had in God's creation, economically, socially, and environmentally.

Because of these attitudes “humanity continues to break the relationship between ourselves and the rest of creation. And so creation groans.” (55) The authors wonder, “Will we bear God’s image and exercise God’s kind of dominion? Will we be reconciled to the rest of creation? Maybe then . . . God will heal our land.” (57)

“It is difficult to review the history of Native American people in the United States — and their relationship to Christianity — without becoming either numb to the atrocities or completely overwhelmed by the decimation of millions of people.” (61) After chronicling such atrocities, Forgive Us turns our attention to the theology that fostered them, rooted mostly in the Manifest Destiny and preachers like John Winthrop.

The authors believe “Repentance is found in restoring the human dignity of the subjugated people. This happens in part by recognizing the God-given right of those who were subjugated to exercise dominion.” (79) They use Psalm 12 as a model for such repentance.

3. Sins Against African Americans and People of Color

The legacy of sin against African Americans and people of color in this country is long and dark. They trace this painful legacy from the slave ships of Africa to the contemporary mass incarceration of people of color, showing how racism has deeply affected our society.

This chapter reveals how America’s racially oppressive systems are “expressions of human sinfulness, expressions that are an affront to the holiness of God.” (97) Often we miss how racism impacts the realm of the spiritual and theological. Yet, they believe “the church is guilty of both the sin of omission and the sin of commission.” (105)

The authors believe “again and again for over four centuries, the church in the United States has used rhetoric and politics to work against the rights and dignity of women.” (109) And yet, “Our understanding of Scripture should form the foundation of our engagement on the topic of gender.” (121) They go on to suggest, “Understanding [the doctrine of the Imago Dei] would place the emphasis on God’s pronouncement over human identity rather than relying upon derivative understandings of humanity to determine gender relationships.” (121)

They offer Lamentations 1 “as a reflection of the voice for women who have suffered because of the sins of the church.” (130)

5. Sins Against the LGBTQ Community

“Over the last few decades, the Lesbian, Gay, Bisexual, Trans-gender, and Queer community (LGBTQ) has been front and center in the so-called culture wars that have marked faith and politics in the United States.” (135) Given this history of “hate and vitriol,” (136) the authors believe “it is important that we wrestle with some key ways that the church must repent for attitudes and behaviors that have both wounded and demonized the LGBTQ community.” (136)

Throughout America’s history there have been seasons of anti-immigrant fervor, reflected in the church, as well. Theologically, the authors contend it was “a warped Christian imagination that projected whiteness as normative, gave the power to white Christianity to project a defining negative image of the other. Christians attempted to seize the power to name another and assume power over the other. The resulting dysfunction yielded a Protestant agenda that often fostered an anti-immigrant agenda.” (170)

To help the church confess, they offer Psalm 60 “as a lament prayed from the perspective of immigrants who have experienced great pain and suffering.” (181)

7. Sins Against Jews and Muslims

The authors make the case that historically, the church’s sins against Jews and Muslims arises partly from the European doctrine of Manifest Destiny, which was invoked in carving out the territory of the United States. The authors trace modern Anti-Semitism in the American Christian scene to “views and interpretations of early nineteenth-century Protestant missionaries,” and “many conservative and fundamentalist Christians.” (187) They also suggest anti-Islamic practices are rooted in certain “conservative interpretations of the Scriptures and the belief that Muslims are evil and want to take over the world for the sake of a cause counter to Christianity.” (191)

In the end, the authors pose this invitation to two groups of people:

If you are a Christian, join us on a journey through truth and lies, godly grief, confession, and repentance…

I would add another: If you are a Christian leader, buy this book, read it, and then use it to lead your church through a season of grappling with confession and repentance.

Jeremy Bouma
Jeremy Bouma (Th.M.) has pastored on Capitol Hill and with the Evangelical Covenant Church in Michigan. He founded THEOKLESIA, which connects the 21st century Church to the vintage Christian faith; holds a Master of Theology in historical theology; and makes the vintage faith relevant at jeremybouma.com.
Next Post
The Joys of Ellipsis (John 12:7) — Mondays with Mounce 246
The Joys of Ellipsis (John 12:7) — Mondays with Mounce 246 When Mary anointed Jesus’ feet, Judas objected to the extravagant waste of money. Jesus responds, “‘Leave (Ἄφες) her alo...
Your form could not be submitted. Please check errors and resubmit.