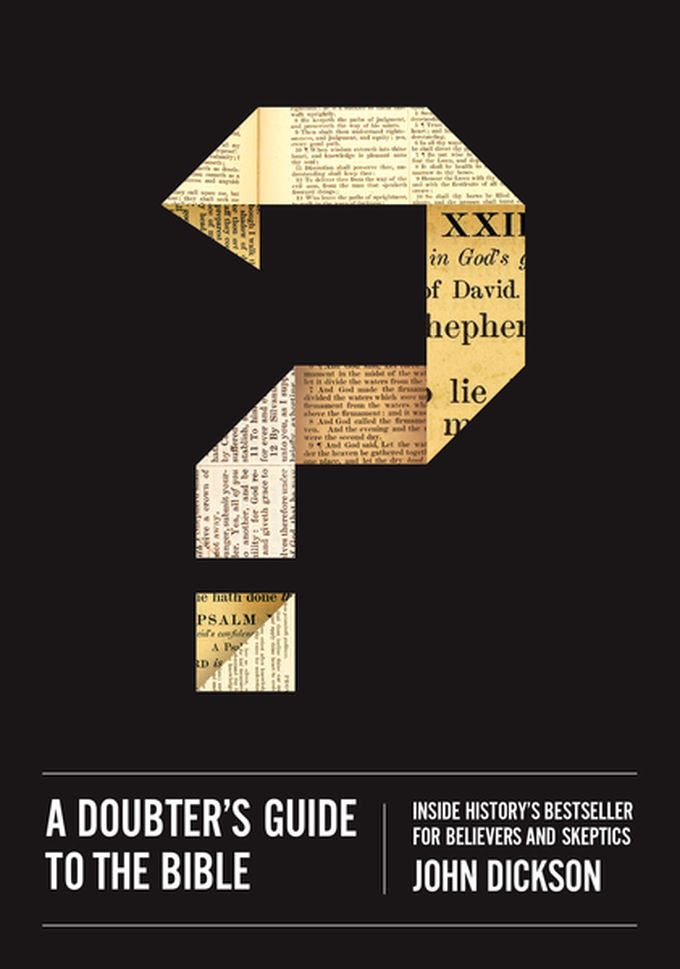 A concise account of the whole biblical narrative and what it means—as well as the beliefs and lifestyle it inspires—for those observing Christianity from the outside, especially those who think there are good reasons not to believe.

A Doubter's Guide to the Bible charts a biblical roadmap from the story of creation to the fulfillment of creation, answering many of the most frequently asked questions along the way:

John Dickson provides a readable and inviting Bible primer for anyone interested in informing themselves about the most widely read book in the history of humanity.

By presenting the whole of the Bible as an account of God's promise to restore humanity to Himself, and humans to one another and to creation, Dickson allows believers and skeptics alike to gain insight into why the Bible has been a compelling, life-changing, and magnetic force throughout the ages—and why it still matters.