A Doubter's Guide to the Ten Commandments

How, for Better or Worse, Our Ideas about the Good Life Come from Moses and Jesus
John Dickson
Not Available Request an Exam Copy 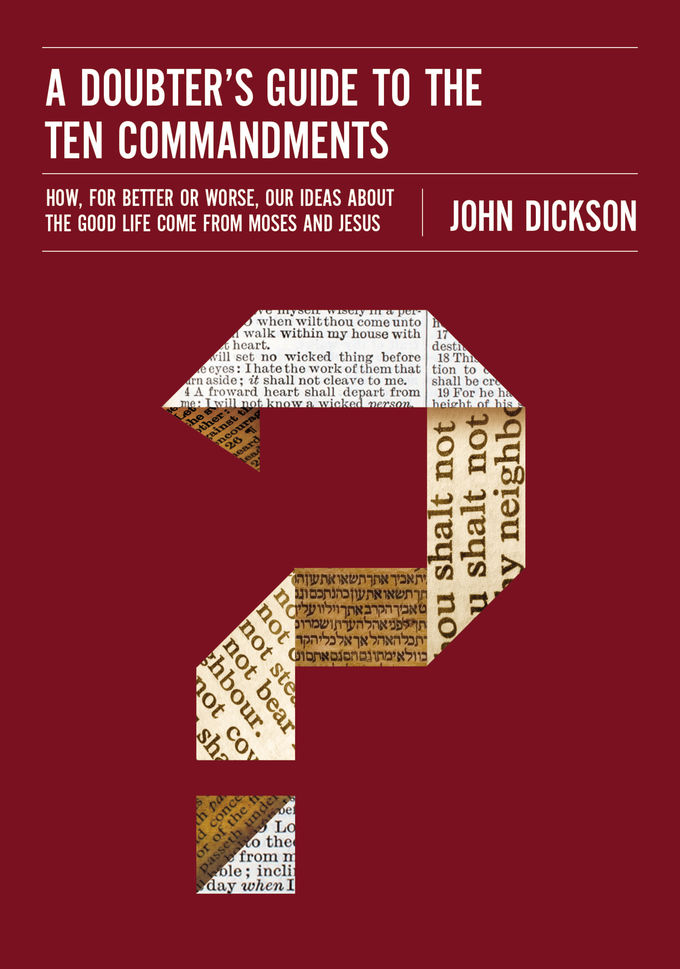 The Ten Commandments have influenced non-religious Western culture more than it might imagine. This guide to the famous rules does more than explain what they are or what they say, but why we need them.

This moral code in the Old Testament of the Bible—from which sprang ideas of justice, compassion, human rights, and freedom—has had such a strong impact on our society that it seems to represent what most of us think of as basic ethical reasoning. Even atheists like Richard Dawkins have offered up their own version of the Ten Commandments, and the strange thing is that many of them don't stray very far from the ethical teachings of Moses and Jesus.

Bestselling author and apologist John Dickson explores how these ten rules have changed our world and how they show us what the "Good" (as Socrates called it) looks like in practice. Whether or not one believes in the Bible, these ten ancient instructions open a window to Western thought and civilization—and to our own souls.

In each chapter, Dickson unpacks one of the ten famous commandments to show how they're not simply outdated rules but apply directly to our lives today. Along the way, he discusses broader philosophical implications, such as: