A Doubter's Guide to World Religions

A Fair and Friendly Introduction to the History, Beliefs, and Practices of the Big Five
John Dickson
Not Available Request an Exam Copy 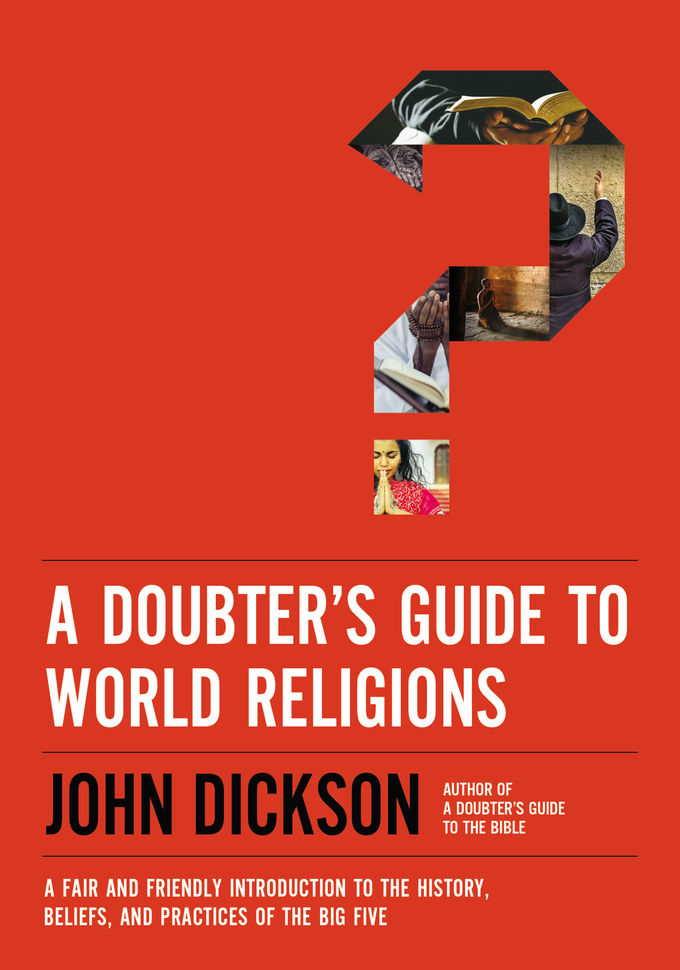 For believers and skeptics alike, A Doubter's Guide to World Religions introduces the five major world religions so that you can explore their similarities and differences in a fair and engaging way.

The world is a very religious place. Wherever you look, people are worshipping, praying, believing, following, even dying for their faith. But what does it mean to be religious? Are all religions the same? Do they all call on the same God simply using different names? Are their beliefs and practices simply cultural expressions of the same spiritual longings?

Written by historian and theologian John Dickson in his characteristically engaging style, this book presents each of the world's five major systems of faith, carefully outlining the history, doctrines, beliefs, and spiritual practices of:

In his own words, Dickson acts as an art curator in a gallery, presenting each of these "works of art" in their best light and letting each have their say. Along the way, he demonstrates the importance of religion in general—to society and to individual believers—and addresses many of the universal questions that all of these serious and ancient religions ask:

At the end of each section is a bibliography of helpful books and websites for those who are interested in learning even more.