You’ll need to sign up or sign in to access textbookplus+ resources.
Products / A History of the Quests for the Historical Jesus, Volume 1
Coming Soon
Available for Pre-Order on August 10, 2022

A History of the Quests for the Historical Jesus, Volume 1

From the Beginnings of Christianity to the End of World War II
Colin Brown (Author), Dr. Craig A. Evans (Author)
Coming Soon Request an Exam Copy 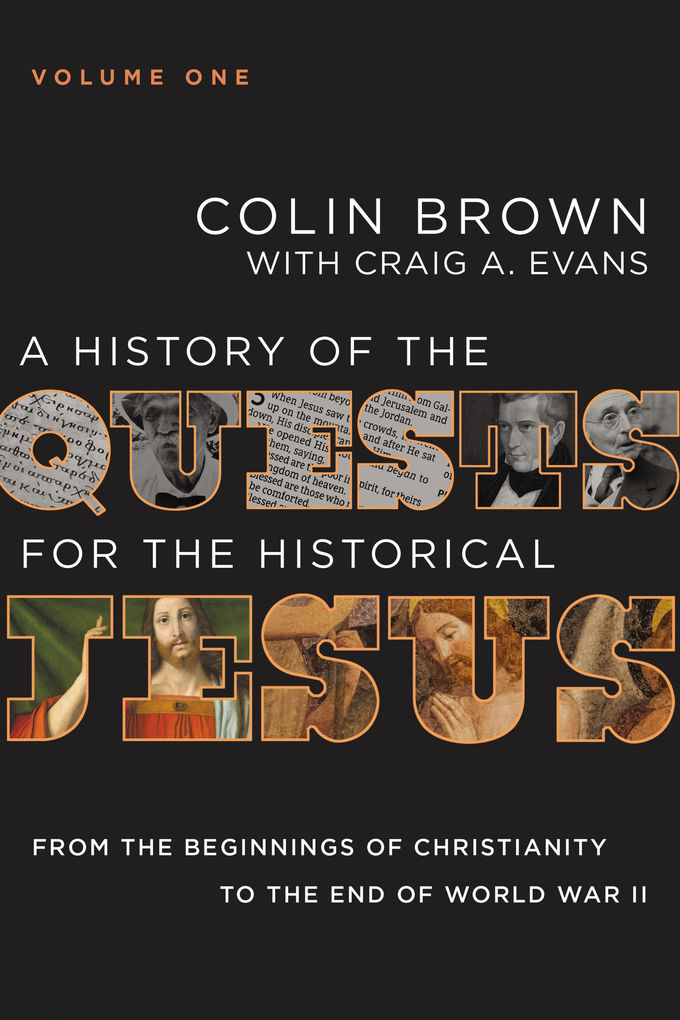 Jesus of Nazareth ranks among the most important figures in history. Yet, in contemporary scholarship, there is no common agreement about his identity. It is generally accepted that there were three quests for the historical Jesus. The first was characterized by Albert Schweitzer and came to be called the "Old Quest," while the second was conceived of as the "New Quest" of the 1950s. The interval between the Old and New Quests was facetiously called the "No Quest." This three-quest history in fact came about more due to the ingenuity of publishers than to the scholars engaged in the enterprise. But in the 1970s and 1980s, there emerged yet another quest, which was often informally referred to as the "Third Quest." This quest was largely driven by scholars in search of the historical, social, and religious setting of Jesus and his followers. The Dead Sea Scrolls, archaeological findings, papyri, and other material remains came to play an important part in this newer research.

A History of the Quests for the Historical Jesus is an extensive two-volume reassessment of the situation, beginning with the evolution of orthodoxy and quests before Schweitzer's, through the Nazi attempt to make Jesus an Aryan critic of Judaism, and to today's ongoing questions about criteria, methods, and specific issues. The late Colin Brown brings his scholarly prowess in both theology and biblical studies to bear on the subject of the quests, assessing not only the historical, exegetical, critical nuts and bolts of the debate but also its philosophical and theological underpinnings. Instead of seeking a bedrock of "facts," Brown stresses the role of hermeneutics in formulating questions and seeking answers. Whether we realize it or not, "facts" themselves are shaped by our hermeneutics and belief systems.

Sophisticated in both its philosophical-theological and historical-exegetical dimensions, this new survey and analysis of the quests for the historical Jesus makes a landmark contribution to this important topic in biblical studies. Colin Brown was almost finished with the manuscript at the time of his passing in 2019. Brought to its final form by Craig A. Evans, this book promises to become the definitive history and assessment of the quests for the historical Jesus.

Volume One covers the period from the beginnings of Christianity to the end of World War II.

Colin Brown (1932–2019; DD, University of Nottingham; PhD, University of Bristol) was senior professor of systematic theology at Fuller Theological Seminary in Pasadena, California. He taught and wrote on the historical Jesus, Christology, philosophical theology, New Testament theology, history and criticism, and miracles. He served as editor of?The New International Dictionary of New Testament Theology?and was the author of several books, including?Miracles and the Critical Mind, History and Faith,?and?Jesus in European Protestant Thought.

Craig A. Evans (PhD, Claremont; DHabil, Budapest) is the John Bisagno Distinguished Professor of Christian Origins at Houston Baptist University. Author and editor of more than ninety books and hundreds of articles and reviews, Evans has lectured at major universities worldwide and has regularly appeared on Dateline NBC, CBC, CTV, Day of Discovery, and in many documentaries aired on BBC, The Discovery Channel, History Channel, History Television, and National Geographic Channel speaking on the historical Jesus, the New Testament Gospels, archaeology, the Dead Sea Scrolls, and the Bible. 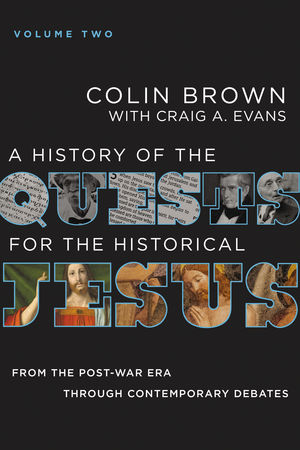 A History of the Quests for the His...
Colin Brown
Hardcover, Jacketed Coming Soon