Exploring Identity Questions at the Intersection of Faith, Gender, and Sexuality
Nate Collins
Not Available Request an Exam Copy 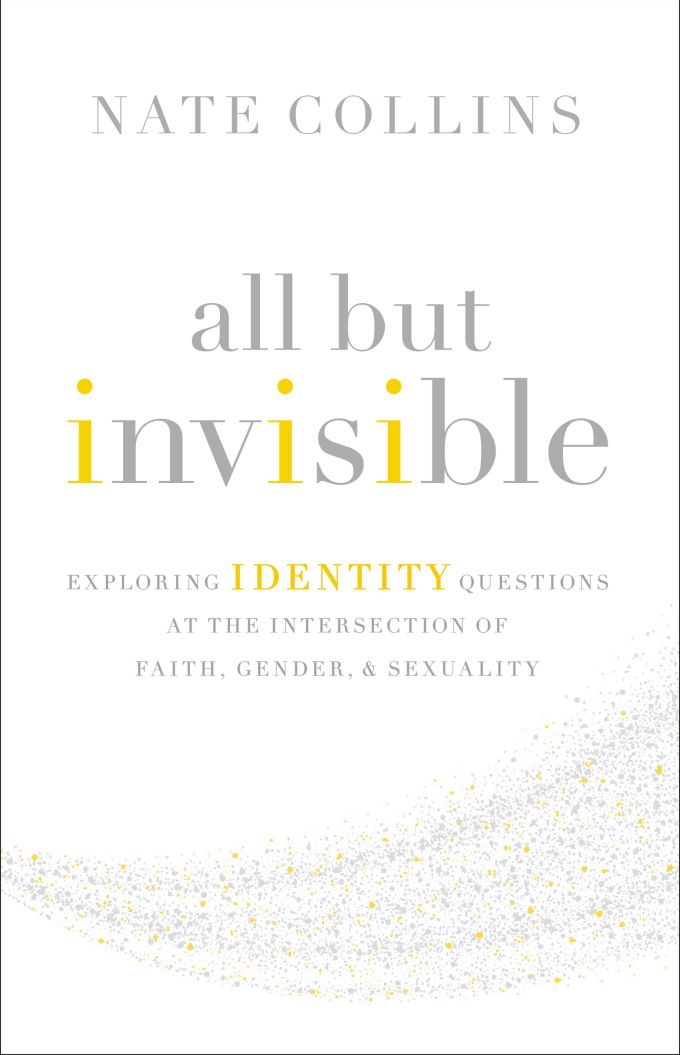 For many years the intersection of gay identity and Christian identity in the United States was a virtual no-man’s land. In All But Invisible, author Nate Collins explores the cultural background of this claim and outlines a vision for Christian community in which straight and nonstraight people might be reconciled so they can flourish together in full awareness of their shared humanity.

Along the way, Collins addresses several questions clustered around the topic of LGBT and Christian experience, such as:

Speaking from his own experience as a gay man in a mixed orientation marriage, Collins is committed to helping faith communities include LGBT people in the family life of the church. He writes for believers who have a traditional sexual ethic and provides a renewed vision of gospel flourishing for gay, lesbian, and other same-sex-attracted individuals.

Nate Collins (PhD, The Southern Baptist Theological Seminary) has served as an instructor of New Testament Interpretation at The Southern Baptist Theological Seminary and is currently a partner associate at The Sight Ministry, a Christian organization based in Nashville, Tennessee, that provides resources and support for individuals, families, and Christian organizations regarding LGBT issues. Nate has been married to his wife, Sara, for thirteen years, and they have three children.