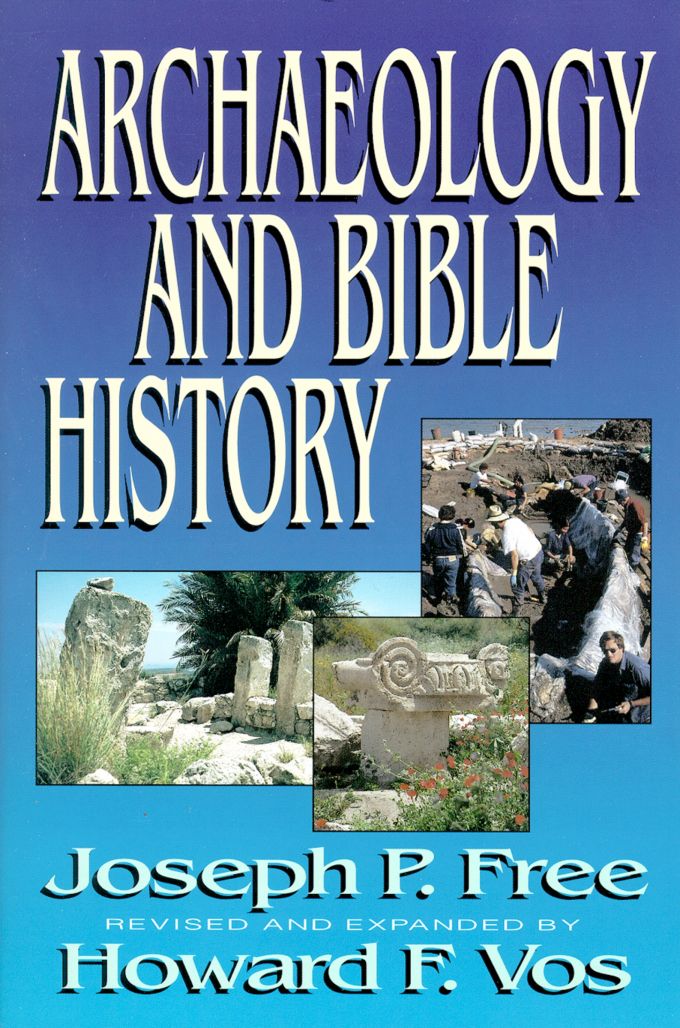 Summarizes the history of the Bible and sheds light on biblical events through archaeological discoveries.

When the book was withdrawn from circulation in 1976 after the fourteenth printing, many hoped for the day when it would be revised and updated. That task has been expertly undertaken by one of Dr. Free's former students and a biblical archaeologist in his own right, Dr. Howard Vos, who has:

The late Joseph P. Free was chairman of the department of archaeology at Wheaton College, and later, professor of archaeology and history at Bemidji State College in Minnesota. He did extensive excavations of the city of Dothan and published numerous articles on issues of archaeology.

Howard F. Vos had a distinguished career as an expert in historical, geographical, biblical, and archeological research. A prolific author and editor, he authored twenty-five books that were standards in their field, including the Wycliffe Bible Dictionary. He traveled extensively in the Bible lands and excavated many sites in Israel. Vos was professor of history and archaeology at The King's College in New York from 1971-1995. He moved to Philadelphia, became a member of Tenth Presbyterian Church, and was associated with the University of Pennsylvania Museum of Archaeology and Anthropology until his death in April of 2019.