Discover How to Make the Leap
Thom S. Rainer
Not Available Request an Exam Copy 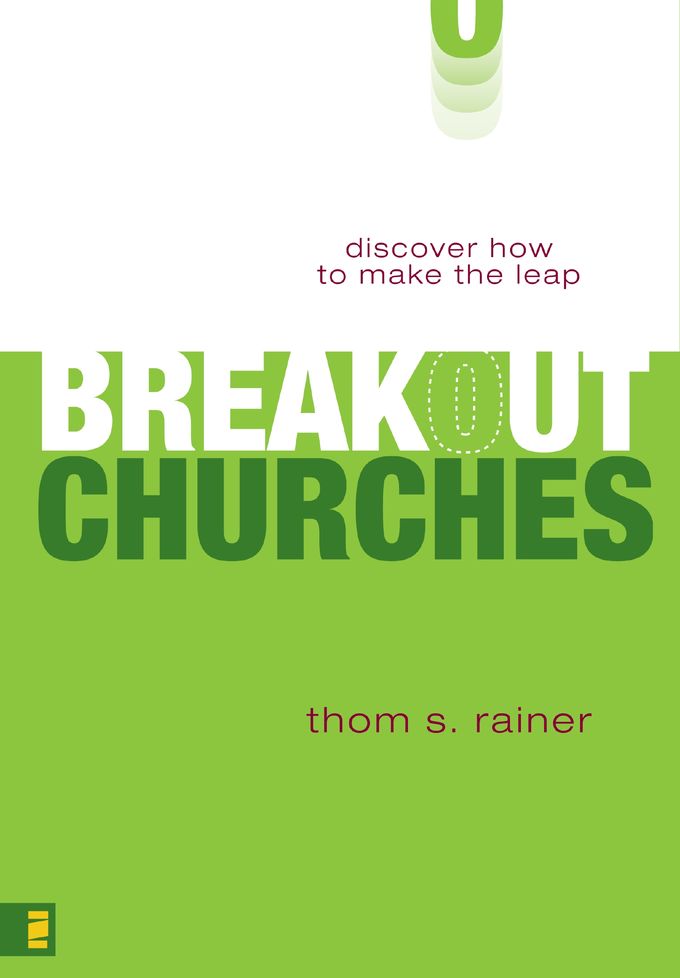 Breakout Churches Can Your Church Become One? This is the story of thirteen churches and the leaders who moved them from stagnancy to growth and from mediocrity to greatness. Drawing on one of the most comprehensive studies ever on the church, this book reveals the process of becoming a “breakout” church and the factors that lead to this spiritual metamorphosis. Eighty percent of the approximately 400,000 churches in the United States are either declining or at a plateau. Is there hope for the American church? Breakout Churches offers a resounding “yes!” and offers specific examples and principles to help you and your church become more effective.

Thom S. Rainer (PhD, Southern Baptist Theological Seminary) is president and CEO of LifeWay Christian Resources in Nashville, Tennessee. He was founding dean of the Billy Graham School of Missions, Evangelism and, Church Growth at The Southern Baptist Theological Seminary. His many books include Surprising Insights from the Unchurched, The Unexpected Journey, and Breakout Churches.

From the subtitle to the research methods, this is a book-length, church-focused homage to Jim Collins's business bestseller Good to Great: Why Some Companies Make the Leap... and Others Don't. Rainer, a dean at the Southern Baptist Theological Seminary and president of a church consulting firm, sent a Collins-inspired team of researchers to pore through previously collected data on 'effective evangelistic churches.' The team was looking for churches that had gone through a period of stagnation before experiencing a 'breakout' period of vitality, measured largely through membership growth---while keeping the same pastoral leadership. These criteria excluded both churches that had grown consistently or churches that grew after changing pastors. Of the 50,000 churches in the seminary's database, only 13 qualified. Rainer seeks to identify the secret of those churches' success and draws some telling comparisons with similar churches that were in gradual decline (and persistent denial). But his conclusions are consistently tainted by what statisticians call 'post hoc bias'---there is no way to prove that the factors he identifies, which track closely with Collins's conclusions, were responsible for these churches' growth. The real value of this book is the hope Rainer instills that even churches that appear moribund can see remarkable change---if their leaders are willing, in Rainer's words, to 'confront reality.' (Feb.) -- Publisher’s Weekly