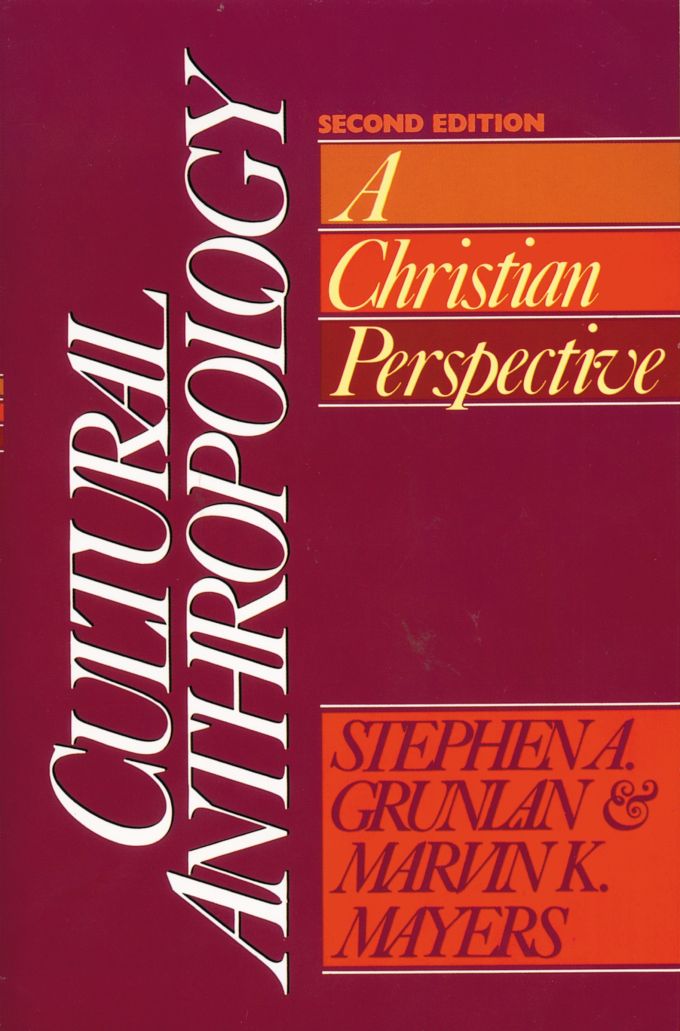 This volume on cultural anthropology presents a Christian perspective for Bible school students of conservative evangelical backgrounds. The hope is that a sympathetic approach to the problems of cultural diversity throughout the world will help young people overcome typical North American cultural biases and bring understanding and appreciation for the diversities of behavior and thought that exist in a culturally heterogeneous world. Grunlan and Mayers take the position of "functional creationism"; and though they discuss some of the problems implied in traditional interpretations of the age of the world and especially of the creation of the human race, they do not attempt to deal with either physical anthropology or the origins of man. They do, however, attempt to deal meaningfully with the problems posed by biblical absolutism and cultural relativism, and their practice. Concluding chapters with a series of thought-provoking questions should prove to be of real help to both the professional and nonprofessional teacher of anthropology.

Stephen A. Grunlan (DMin, Luther Theological Seminary) is pastor of Grace Fellowship, an Evangelical Free church in Overland Park, Kansas, and adjunct instructor in sociology at Grossmont College. He is coauthor of Cultural Anthropology: A Christian Perspective, and co-editor of Christian Perspectives on Sociology. Marvin K. Mayers, Ph.D., University of Chicago, is Dean of the School of Intercultural Studies and World Missions at Biola University. He is the author of Christianity Confronts Culture.