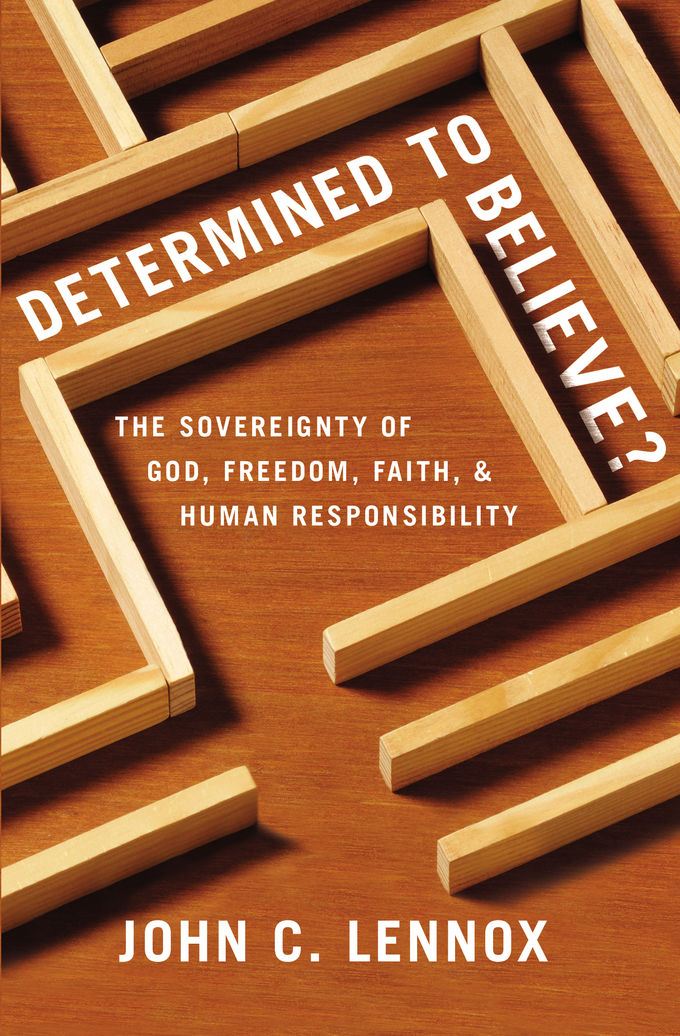 A serious biblical and philosophical investigation of theological determinism: the idea that everything that happens has already been decided by God, including who will and won’t be saved.

This book was written for those who are interested in, or troubled by, questions about God's sovereignty and human freedom and responsibility. Christian apologist John Lennox writes in the spirit of helping people understand the biblical treatment of these concepts.

In this mind-bending review of the topics of theological determinism, predestination, election, and foreknowledge, Lennox:

This nuanced and detailed study challenges some of the widely held assumptions about theological determinism and brings a fresh perspective to the debate.

This book is for anyone who's asked questions like:

By the author of Seven Days that Divide the World and 2084: Artificial Intelligence and the Future of Humanity, Determined to Believe? will launch your consciousness into a fresh understanding and appreciation of this important Christian debate and help you think both biblically and logically about the human condition.