Dictionary of Christianity and Science 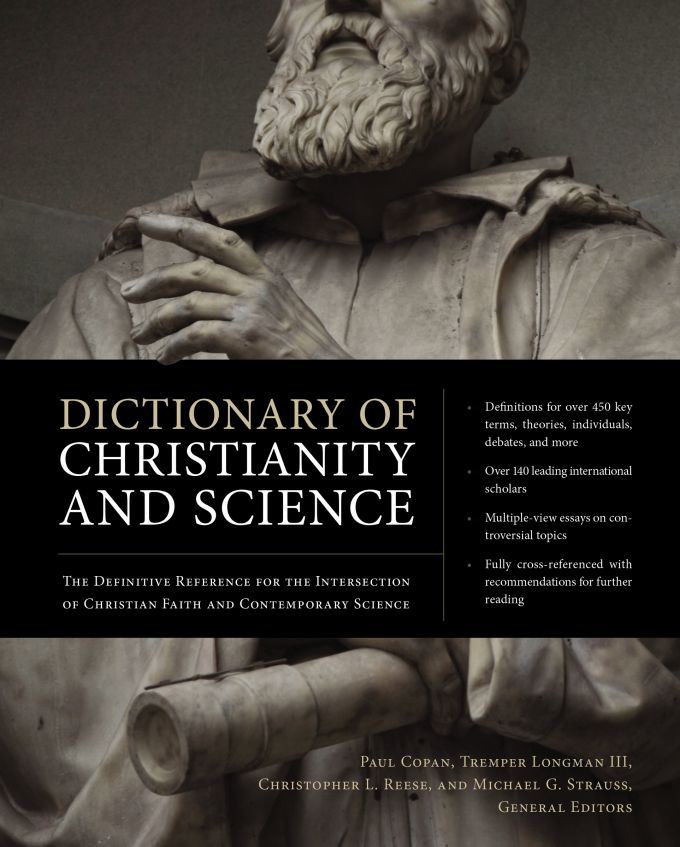 The definitive reference work on science and Christian belief

How does Christian theology relate to scientific inquiry? What are the competing philosophies of science, and do they "work" with a Christian faith based on the Bible? No reference work has covered this terrain sufficiently--until now.

Featuring entries from over 140 international contributors, the Dictionary of Christianity and Science is a deeply-researched, peer-reviewed, fair-minded work that illuminates the intersection of science and Christian belief. In one volume, you get reliable summaries and critical analyses of over 450 relevant concepts, theories, terms, movements, individuals, and debates. You will find answers to your toughest questions about faith and science, from the existence of Adam and Eve to the age of the earth, evolution and string theory.

"This is an invaluable resource that belongs in every Christian's library. I will be keeping my copy close by when I’m writing." --Lee Strobel, Elizabeth and John Gibson chair of apologetics, Houston Baptist University

"An impressive resource that presents a broad range of topics from a broad tent of evangelical scholars."--Michael R. Licona, Houston Baptist University

"I am certain that this dictionary will serve the church for many years in leading many to demonstrate that modern science can glorify our Creator and honor his creation." --Denis O. Lamoureux, University of Alberta

"'Dictionary' is too humble a label for what this is! I anticipate that this will offer valuable guidance for Christian faithfulness." --C. John Collins, Covenant Theological Seminary

Get answers to the difficult questions surround faith and science!

Dictionaries are shaped by editors, and the editors of Dictionary of Christianity and Science have created a resource unlike anything available. Here the reader will find fair-minded summaries of crucial scientific categories, diverse viewpoints that will surely satisfy and dissatisfy everyone, sketches of schools of thought that become mini-classroom experiences, and a breadth of learning that demonstrates that evangelicalism is coming of age in the discussion about science and faith. Gone are old-fashioned dismissals of science in favor of the Bible. Instead, what we find is rigorous thinking about some of our faith’s most difficult challenges. Every Christian studying science will want a copy of Dictionary of Christianity and Science within arm’s reach. -- Scot McKnight, Julius R. Mantey Professor of New Testament, Northern Seminary

As a pastor, I’m called to speak God’s word about God’s world to God’s people. This means connecting Scripture to a whole range of contemporary issues---many of which are outside the training or expertise of the pastor. As a result, I’m always on the lookout for resources to help me wisely shepherd my congregation. That’s why I’m thrilled to see the Dictionary of Christianity and Science. What pastor has the time to be up to speed on all the issues at the intersection of Christianity and science? Yet what pastor can avoid the need to have something thoughtful to say? Our congregations look to us for this kind of intellectual leadership---and this one-of-a-kind resource makes that job a whole lot easier. A wealth of articles on an array of topics, written with both scholarly acumen and pastoral grace. I can’t recommend this resource highly enough. -- Todd Wilson, Senior Pastor, Calvary Memorial Church

This is an invaluable resource that belongs in every Christian’s library. Pastors and others will find themselves consulting it frequently for its insightful and helpful entries. I will be keeping my copy close by when I’m writing. -- Lee Strobel, author of The Case for Christ; The Elizabeth and John Gibson Chair of Apologetics, Houston Baptist

Zondervan’s new Dictionary of Christianity and Science sparkles with passion, controversy, and diverse perspectives. Contributors cover the many intersections of Christianity and science, and the thinkers who work there. The embattled terrain of evangelicalism receives special emphasis, with contributions from competing thinkers. The result is an engaging, useful volume that belongs in the library of anyone thinking seriously about science and Christian belief. -- Karl Giberson, Professor of Science and Religion, Stonehill College

I am pleased to recommend this dictionary edited by Paul Copan, Tremper Longman, Chris Reese, and Michael Strauss. From the beginning article on Adam and Eve, it is clear that the editors have labored earnestly to include differing perspectives on many issues involving science and Christianity. Although I do not agree with every position, particularly theistic evolution, there is value in challenging readers to examine these issues carefully for themselves. -- Dr. Henry F. Schaefer III, Graham Perdue Professor of Chemistry, University of Georgia

In this unusual dictionary, over a hundred evangelical Christian scholars vigorously (and variously) defend biblical insights in dialogue with and confronting contemporary science (and scientism). From the early Genesis stories of creation, accepting Adam as historical and representative, to Darwinian natural history and genetics, to Jesus’s resurrection, to human nature seen theologically and in social science, here is conservative Christianity at its reasoned best. -- Holmes Rolston III, University Distinguished Professor, Colorado State University

Zondervan’s Dictionary of Christianity and Science is an impressive resource that presents a broad range of topics from a broad tent of evangelical scholars. I appreciate that it often presents multiple views. For example, we find entries defending both old-earth and young-earth views of creation as well as one defending a historical Adam and Eve and one not so committed to that view. I look forward to having this reference work on my shelf. -- Michael R. Licona, Associate Professor of Theology, Houston Baptist University

Books on the relationship of Christianity and science are, by their very nature, controversial, and this one will be no exception. However, the editors and authors have assembled a substantial amount of material on this topic, including not only terms and definitions but multiple-view discussions that explain various views on many of the more controversial subjects. The sheer number of terms, ideas, concepts, and discussions included in this dictionary make this book an extremely unique and helpful “first step” for anyone interested in the subjects included. This volume is the place to begin when questions dealing with the relationship of Christianity to science are broached. -- K. Scott Oliphint, Westminster Theological Seminary, Philadelphia, Pennsylvania

Science and Christianity are the two great forces that have shaped the modern world. This wideranging dictionary offers thorough coverage of numerous points at which they have intersected historically, mapping the intellectual landscape. Any serious reader who turns to it for reference or for more thorough study will learn a great deal. -- Timothy McGrew, Professor and Chairman, Department of Philosophy, Western Michigan University

Since the mid-1990s, an exciting development has arisen within scholarly circles of what many people have termed the “New Academic Dialogue between Science and Religion.” There has been a dramatic increase in the number of books moving away from the common perception that modern scientific discoveries and Christian faith are entrenched in a never-ending conflict. The Dictionary of Christianity and Science is a welcome addition to this growing body of literature. The excellent selection of entries covers all the major topics and debates that are relevant today. The remarkably clear writing style and balanced presentation of differing views make this dictionary accessible to both specialists in the field and the general public. I am certain that this dictionary will serve the church for many years in leading many to demonstrate that modern science can glorify our Creator and honor his creation. -- Denis O. Lamoureux, Associate Professor of Science and Religion, St. Joseph’s College, University of Alberta

I am very grateful to the editors and contributors for this incredible resource. They have wisely sought advocates of the differing positions and have throughout sought to be comprehensive, informative, and, above all, fair. “Dictionary” is too humble a label for what this is! I anticipate that this will offer valuable guidance for Christian faithfulness. -- C. John Collins, Professor of Old Testament, Covenant Theological Seminary 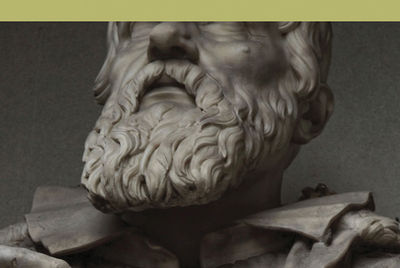 The relationship between Christianity and science, and between competing philosophies of science, has become one of the most important areas of study today.

This course provides you with a solid introduction to the intersection between science and Christian belief. 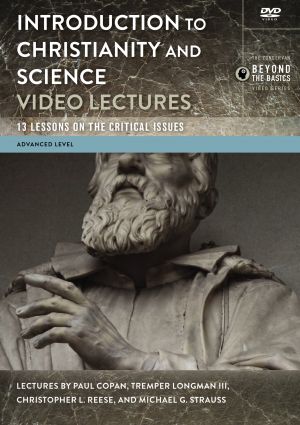 Introduction to Christianity and Sc...
Zondervan
DVD Not Available