Hearing the Message of Daniel 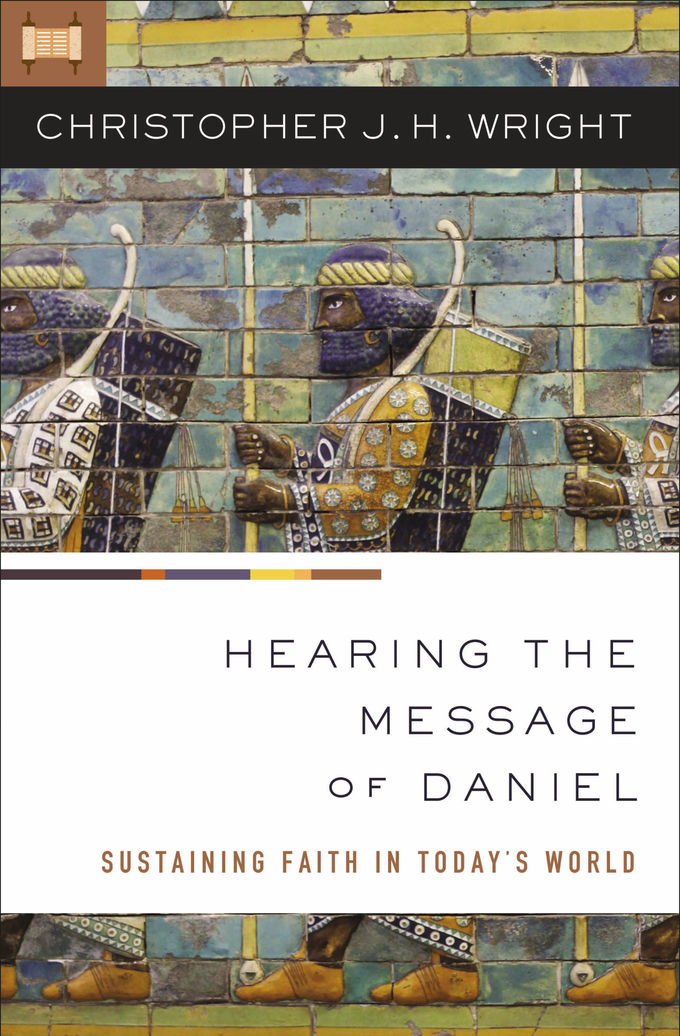 In many corners of the world these days the climate of hostility hangs over any overt Christian faith commitment. Any kind of Christian commitment is now assumed to imply intolerance and often prompts reactions that range from a low-grade hostility and exclusion in the West to the vicious and murderous assaults on Christian believers in Pakistan, Nigeria, Kenya, Egypt, Syria and Iraq and elsewhere.

Such issues are not new. Christians have faced them ever since Nero’s lions, and even before that. Jews also have faced the same questions all through their history, most tragically sometimes enduring horrendous persecution from states claiming to be Christian. So it is not surprising that the Bible gives a lot of attention to these questions.

The book of Daniel tackles the problem head on, both in the stories of Daniel and his friends, and in the visions he received. A major theme of the book is how people who worship the one, true, living God—the God of Israel—can live and work and survive in the midst of a nation, a culture, and a government that are hostile and sometimes life-threatening. What does it mean to live as believers in the midst of a non-Christian state and culture? How can we live “in the world” and yet not let the world own us and squeeze us into the shape of its own fallen values and assumptions?

The book was written to encourage believers to keep in mind that the future, no matter how terrifying it may eventually become, rests in the hands of the sovereign Lord God—and in that assurance to get on with the challenging task of living in God’s world for the sake of God’s mission.

Dr. Christopher J. H. Wright is Global Ambassador for the Langham Partnership International. His many books include: Knowing Jesus through the Old Testament, Old Testament Ethics for the People of God, Deuteronomy (Understanding the Bible Commentary), Salvation Belongs to Our God, The Mission of God, The God I Don't Understand, and The Mission of God's People. Chris and his wife Liz, who have four adult children and eleven grandchildren, live in London, UK, and belong to All Souls Church, Langham Place.

“Many people are afraid of where the world is going, and Christians often seem as fearful as anyone. Daniel’s visions showed his hearers why they didn’t need to be afraid, and the stories about him and his friends modeled what it meant to be brave, forthright, and faithful. Chris Wright has often preached on Daniel, and he’s therefore just the person to help us hear the book’s message for the pressing context of our lives today.” -- John Goldingay, Professor, Fuller Theological Seminary

“Chris Wright’s Old Testament scholarship, his superb expository gift, and ability to apply it in a relevant, practical way combine to produce this excellent book on Daniel. Any one committed to live faithfully in a culture which increasingly seems alien to followers of Christ will find invaluable help here.” -- Peter Maiden, International Director Emeritus, Operation Mobilisation; Minister at Large, Keswick Ministries

“Like his great mentor and friend, John Stott, before him, Chris Wright has an all-too- rare ability to expound God’s Word and God’s world in the same breath. Pastors, small group leaders, and Christians in general will find in this gem both a clear explanation of the text of Daniel---no easy thing---and a wealth of insights into how believers can confidently live as a pressured minority in a secularising world. This book made me want to reread Daniel and preach its treasures in my own setting. And the international flavour of Chris’s writing means that others are sure to feel the same wherever they live.” -- John Dickson, author and speaker; Founding Director of the Centre for Public Christianity

“This eminently accessible volume shows how Daniel, far from being a children’s book or a biblical oddity, speaks directly to the most difficult ethical questions for contemporary Christians. Wright’s careful attention to words and literary details, as well as his pastorally informed imagination, enable him to draw a genuine connection between Scripture and the lived experience of people in both Majority-world and Minority-world cultures, so that we may ‘know the story we are in.’ ” -- Ellen F. Davis, Amos Ragan Kearns Professor of Bible and Practical Theology, The Divinity School, Duke University

“This is the kind of book I like to recommend to preachers. It is firmly rooted in sound biblical scholarship yet it is in the service of listening to God’s address through Daniel to his own contemporaries so we can hear that address today. The message of Daniel comes alive as we hear what the Spirit is saying to us in our own missionary setting. Chris Wright does not just tell us what the text says but shows us what the text is trying to do –shape a distinctive people in the midst of a hostile culture then and now. This delightful book helps us read and preach Daniel in a way that is both faithful to the original context and relevant to the present.” -- Michael W. Goheen, Theological Director, Missional Training Center; Scholar in Residence, Surge Network, Phoenix, AZ