If I Knew Then What I Know Now 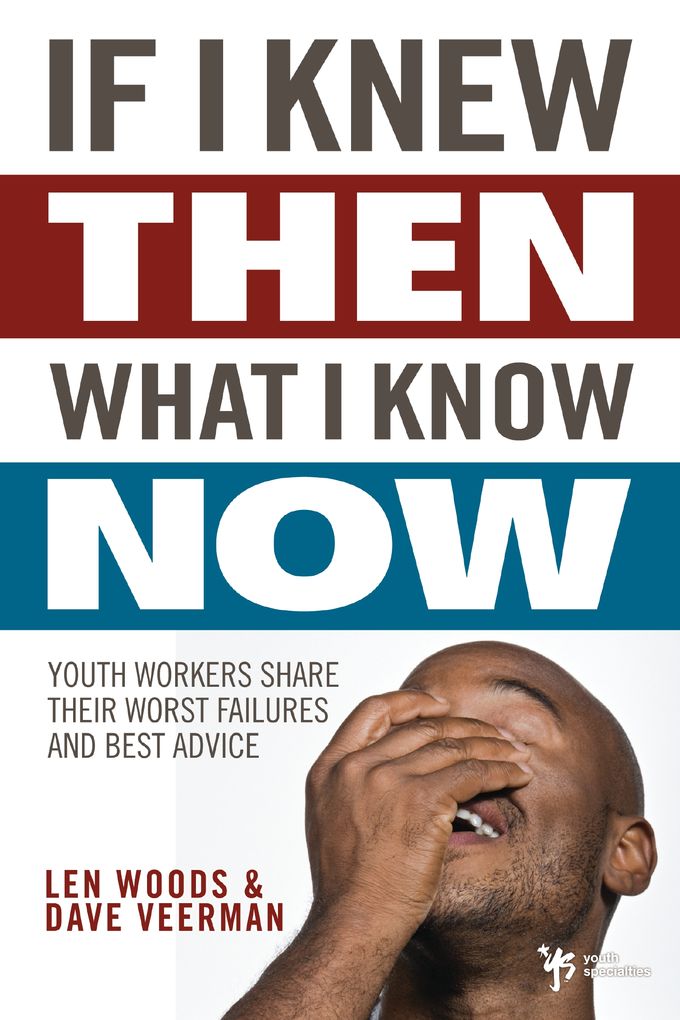 "Everyone makes mistakes. But why make the same ones that other youth workers have already learned tough lessons through? Whether you’re a youth ministry volunteer or you’ve just stepped into a full-time youth ministry position, chances are that you don’t know everything…not yet anyway. Here you’ll find wisdom from seasoned veterans who have “been there and done that” so you can avoid the pitfalls they’ve found themselves facing. With true stories from real youth workers, you’ll get the truth that you just don’t learn in your seminar classes or volunteer training meetings. With thought-provoking questions, relevant Scripture, and practical applications, you’ll learn from some of the common, but avoidable, blunders of youth ministry veterans such as: • Soul care slip-ups • Team building terrors • Relationship errors • Parent problems (or is it problem parents?!) • Programming pitfalls • Budget blunders • Moral minefields • Authority ailments • Crisis control While most people will cover up their mistakes and hope to never be found out, these brave youth workers are laying it all out there so you don’t have to make the same mistakes. Let their encouragement and wisdom be your most-read training manual."

Married with two grown sons, Len Woods is a Louisiana native with degrees from LSU (BA, 1980) and Dallas Seminary (ThM, 1987). Before working as an editor at Walk Thru The Bible Ministries, Len was a meat grinder, youth director, book store clerk, chauffeur, floor buffer, and waiter. From 1990 to 2014, he served in pastoral ministry and freelanced on the side. In 2014, he left vocational “church world" to became a full-time writer. Altogether Len has authored, coauthored, or ghostwritten more than twenty books, and he’s contributed to numerous other books and resources for Christian growth.

When not at his keyboard, Len enjoys coffee with friends, a well-told story, any sort of road trip, and daydreaming about Colorado waterfalls.

Dave Veerman played high school basketball and football and college football, has finished six marathons, and is a die-hard Cubs fan. A graduate of Wheaton College and Trinity Evangelical Divinity School, Dave has written more than sixty books. He also served as a Senior Editor of the Life Application Study Bible and Student’s Life Application Study Bible. The father of two daughters and a founding partner of The Livingstone Corporation, Dave and his wife, Gail, live in Naperville, Illinois.