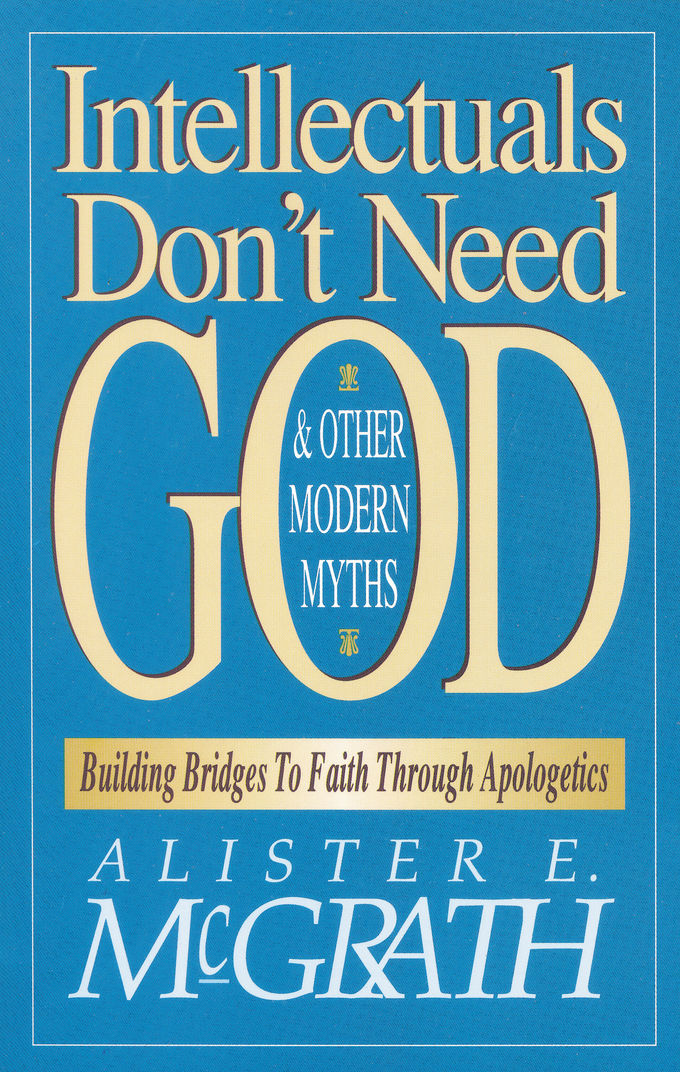 Christians have always had to defend their faith against all kinds of criticism and misunderstandings, but these attacks change overtime, and the strongest arguments of the famous classical apologists who preceded us are not necessarily the strongest today.

Intellectuals Don't Need God is written to today's faithful apologists who are trying to commend Christianity in terms of its relevance to everyday life and not just its inherent rationality. Its focuses are:

Theologian and scientist, Dr. Alister McGrath (author of the ECPA 2014 Christian Book Award Winning biography of C. S. Lewis) shows convincingly that appeal to reason is only one of many possible bridges between the non-Christian and the gospel. In today's world, cerebral and emotional concerns—such as a sense that life lacks purpose or a deep sense of longing for something unknown—are often more effective starting points for modern apologetics.

Dr. McGrath combines the clarity of a brilliant scientific mind with a deep commitment to Christ and to reaching non-Christians. Intellectuals Don't Need God is for apologists and seekers alike—for both those defending and questioning the validity and value of Christianity.

Alister E. McGrath is a historian, biochemist, and Christian theologian born in Belfast, Northern Ireland. McGrath, a longtime professor at Oxford University, now holds the Chair in Science and Religion at Oxford. He is the author of several books on theology and apologetics, including Christianity's Dangerous Idea and Mere Apologetics. He lives in Oxford, England and lectures regularly in the United States.